Where Is The Great American Baking Show Filmed? 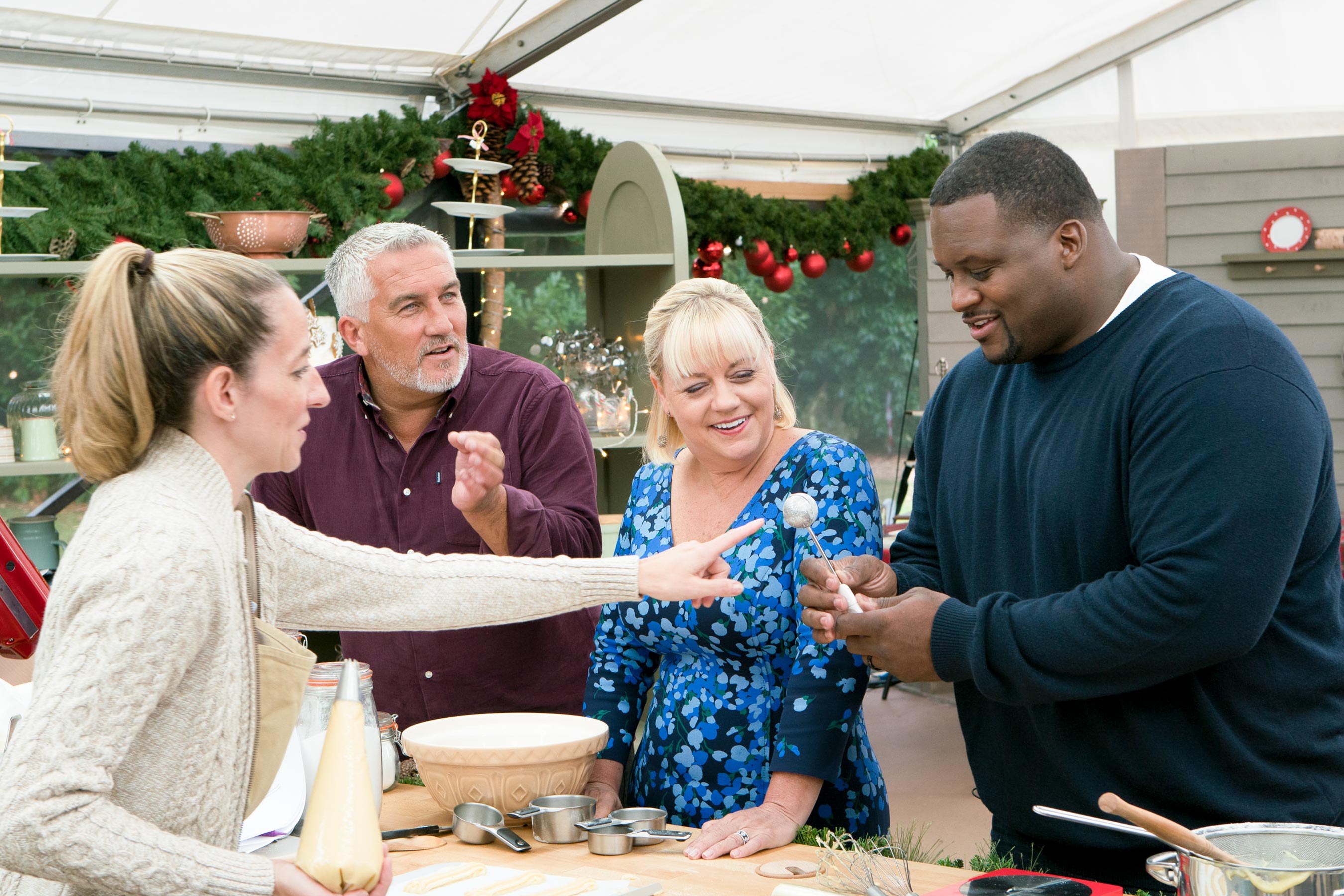 Cooking shows have been around for quite a long time now. With the advent of shows like ‘MasterChef‘ and the growth in popularity of celebrity chefs like Gordon Ramsay and Martha Stewart, cooking shows are now one of the most popular formats of reality shows on television. ‘The Great American Baking Show’ has been able to garner an impressive fan following since it first premiered in 2015. The series is based on the British series ‘The Great British Bake Off‘ and maintains almost a similar format. Emma Bunton and Anthony “Spice” Adams are the hosts of the show, with Paul Hollywood and Sherry Yard serving as the judges.

Though the series is called ‘The Great American Baking Show’, filming is done mostly in Britain. Since the episodes are mostly shot within a studio, location is never such a big concern for the series.

When a series has “America” in its very name, you can expect it to at least be filmed in the country. However, such is not at all the case with the show in question. Each and every season of the series has been shot in England, and it uses the same studio in which ‘The Great British Bake Off’ is filmed. While this makes production much easier, the participants have to be flown into England and kept there for the entirety of the filming, which takes around one month for a season.

Most of the cooking competitions that we see on television are generally shot in an enclosed area, somewhat like a large kitchen, and this is where ‘The Great American Baking Show’ differs. Here, the filming is done in an open area inside tents.

Filming for the entirety of ‘The Great American Baking Show’ is done within the premises of Pinewood Studios. The open English countryside is definitely one of the major attractions of the series, as it is something we don’t often see in American shows. Besides the open spaces, a huge mansion called Heatherden Hall is also used for filming the series. Interestingly, this mansion has made appearances in some rather iconic shows and films, including the second James Bond film ‘From Russia With Love’, the musical ‘Chitty Chitty Bang Bang’, and the mystery show ‘Midsomer Murders‘.

‘The Great American Baking Show’ is one of the most popular cooking shows airing right now. It is also one of the highest rated shows on ABC, and can inspire you to bake some really exciting stuff for your family to enjoy this holiday season. The show offers you the fun of baking, as well as the thrill of an intense competition. Each episode witnesses the disqualification of one participant, and everyone has to be at the top of their games during every single task. if you are in love with the holiday season and cannot wait to get your baking skills on point, this is a show tailor-made for you.