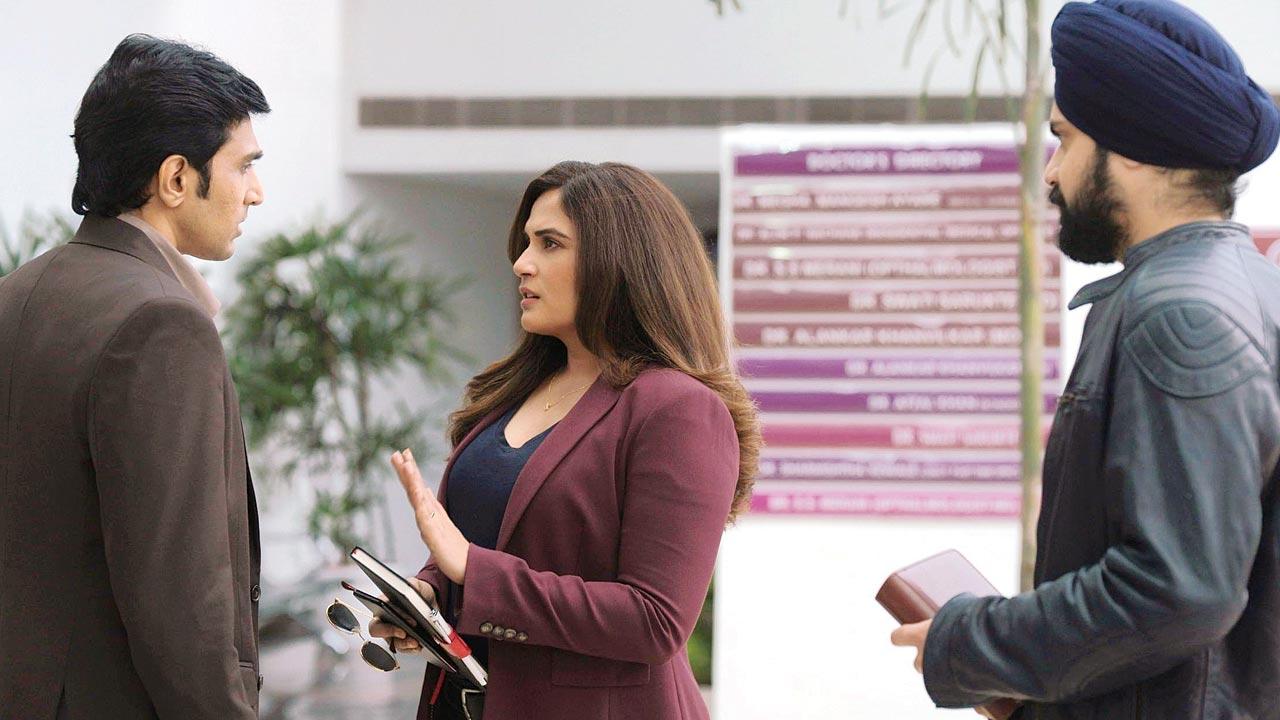 ‘The Great Indian Murder’ is an Indian murder mystery that blends social commentary, tales of political corruption, and a classic whodunnit format. When the shady, entitled son of a powerful politician is killed, the authorities narrow down on six eclectic suspects, each with wildly varied backstory and motives.

The Hindi-language Disney+ Hotstar show is co-produced by long-time Indian cinema fixture Ajay Devgn and Priti Sinha. Its complex narrative, which attempts to depict nuances of the Indian milieu, has garnered positive reviews. Based on Vikas Swarup’s 2008 novel ‘Six Suspects,’ the murder mystery aspect of the series also seems to have hooked audiences. So when can we expect to see more of ‘The Great Indian Murder’? Let’s take a look at whether the show will be renewed or canceled for season 2.

‘The Great Indian Murder’ season 1 premiered on February 4, 2022, on Disney+ Hotstar. All 9 episodes, each with a runtime of about 45 minutes, released simultaneously on the streaming platform.

As far as season 2 is concerned, there have been no official reports as to whether it has been greenlit so far. Considering the show’s relatively recent release, it is possible the streaming platform is still studying its viewership numbers. However, there is a lot to be optimistic about, and in all likelihood, another season of the expansive murder mystery series will likely be greenlit.

For one, the mystery isn’t solved! Season 1 closes with many central questions unanswered and the fates of multiple characters in limbo. Thus, another season has clearly been envisioned and could be in the scripting stages or even further on. The material for the narrative, taken from Swarup’s “social thriller” novel ‘Six Suspects,’ is also readily available. The author’s 2005 novel, ‘Q & A,’ incidentally inspired the multi-Oscar winning ‘Slumdog Millionaire.’

With big industry names like Devgn and Tigmanshu Dhulia also attached to the project, and a strong cast ensemble, the show seemingly has a lot of support. It has also garnered a fair number of positive reviews, which will help get those viewership numbers up. Thus, in all probability, we will get to see (at least) another season of the series. If greenlit soon and considering its complex filming schedule, we can expect to see ‘The Great Indian Murder’ season 2 sometime in mid to late 2023.

The Great Indian Murder Season 2 Cast: Who can be in it?

They are joined by Shashank Arora (Munna), Amey Wagh (Arun Deshmukh), Jatin Goswami (Vicky Rai), Himanshi Choudhary (Rita Sethi), and others. Most of the lead and regular cast members are expected to reprise their roles when and if season 2 is greenlit. Despite his character getting killed in season 1, we can expect to see Jatin Goswami appear in flashbacks as Vicky Rai in potential future seasons.

The Great Indian Murder Season 2 Plot: What can it be About?

Season 1 closes by giving us a hint that Ashok Rajput is behind the titular murder. He seems to have killed Vicky Rai to avenge his brother and subsequently frames Eketi for the crime. The tribal man from the Andamans, with no one to support him, is killed in a staged encounter by Suraj, who then gets the case closed. The big season-ender twist comes when it is revealed that neither Ashok nor Mohan (one of the suspects) shot Vicky Rai, keeping the murder mystery ongoing.

The potential second season will likely see DCP Sudha Bharadwaj continue to dig into the murder, despite the case being closed by Suraj’s fake encounter to kill Eketi. The three initial suspects — Munna, Mohan, and Eketi — are largely cleared of the murder. The season 1 finale also clears Ashok. Thus, we can expect to see the stories of the two other suspects unfold. It also seems like the opening season reveals about half the mystery, meaning if season 2 comes out, it will likely feature the much-awaited big reveal!

Read More: Is The Great Indian Murder Based on a True Story?