The House: Listen Again and Seek the Sun Ending, Explained 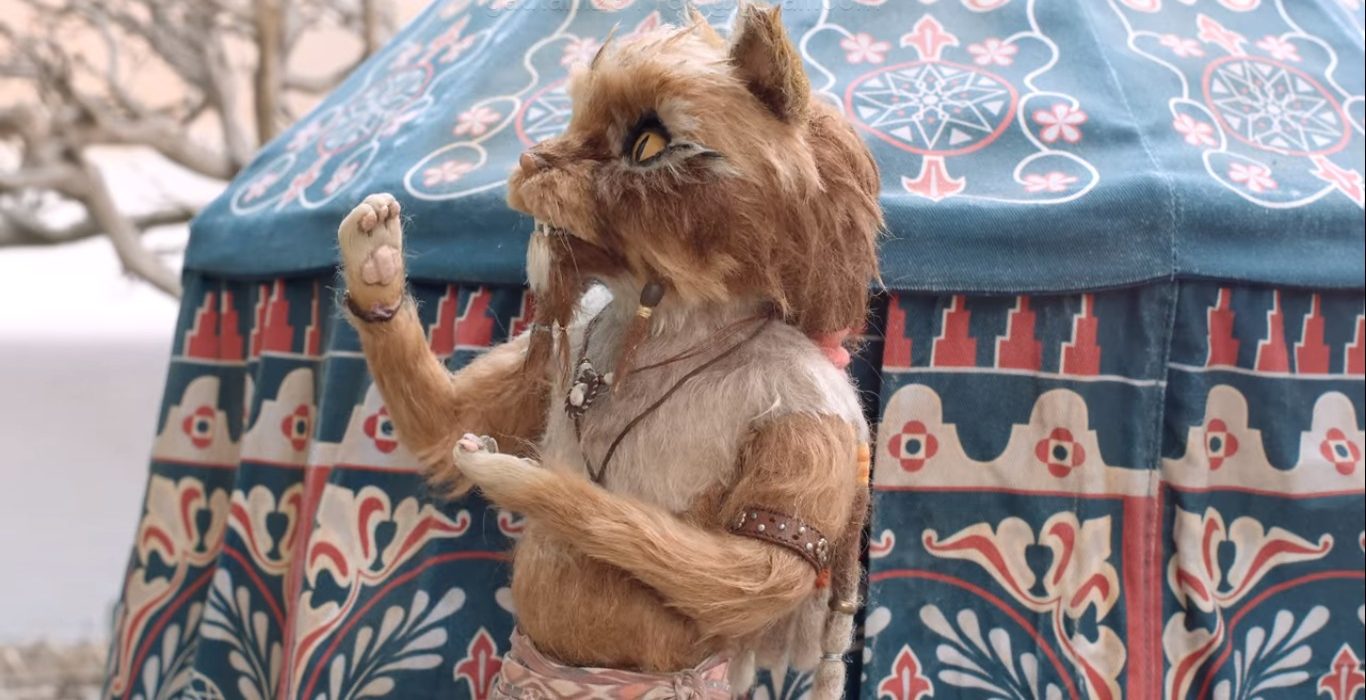 Chapter 3 of Netflix’s delightfully dark animated anthology series ‘The House’ takes us to a misty, seemingly post-apocalyptic world inhabited by cats. Titled ‘Listen Again and Seek the Sun,’ the tale follows Rosa (voiced by Susan Wokoma), who has now divided the titular house into studio apartments in the hopes of someday being able to afford to restore it. Unfortunately, her tenants have a maddening habit of paying rent by bartering useless fish and crystals.

With rising water levels threatening to submerge the house, Rosa struggles to complete her dream project. A mysterious handyman with a knack for spirituality and throat singing also enters the mix, but can he help? The whimsical ending is a welcome break from the anthology’s ominous tone but leaves more than a few questions unanswered. Let’s check out ‘The House’ chapter 3 and see if we can unravel all its layers. SPOILERS AHEAD.

Chapter 3 opens with Rosa going over her restoration plan for the house — a detailed chart that lovingly hangs above her fireplace. In actuality, however, the house is in desperate need of repairs and has broken floorboards and sporadic, brown-tainted water in the plumbing. After a frustrating morning attempting (and failing) to wallpaper a room, Rosa visits her two tenants in the hopes of getting some rent money. Her tenants, however, have other plans.

Elias, a young artist who lives in the house, tries to convince Rosa to let him pay using fish. Similarly, the bohemian lady named Jen (voiced by Helena Bonham Carter) gives the frustrated house owner a piece of crystal in lieu of rent. Soon, a friend of Jen’s arrives on a boat and is enthusiastically welcomed by the former as Rosa looks on suspiciously. Through a few cutscenes, it is also established that the area around the house is completely submerged, and a heavy mist perpetually hangs in the air. 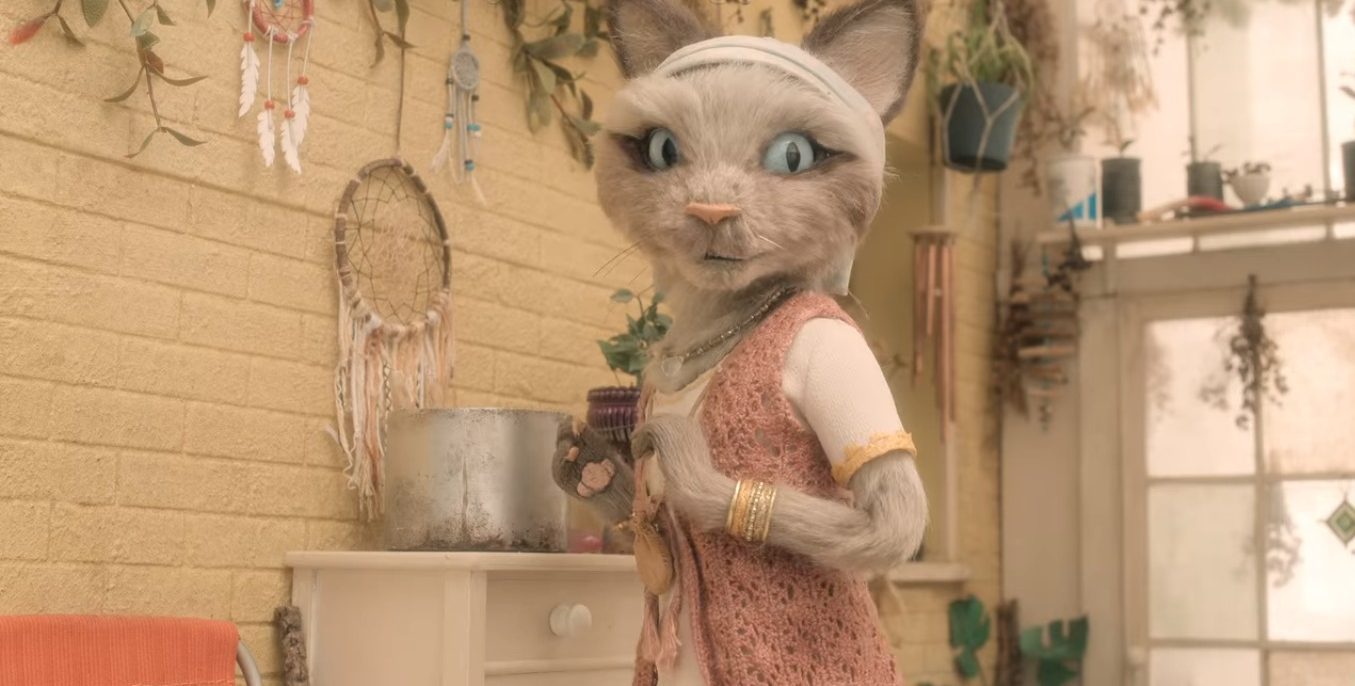 Jen’s friend, fittingly named Cosmos, is exceedingly footloose and remains noncommittal when Rosa asks how long he’ll be staying. However, she gets excited upon learning he is a handyman and shows him her plans for restoring the house. The next morning, Rosa wakes up to the sound of hammering but is shocked to see that Cosmos has used her floorboards to build Elias a boat. An argument ensues, but Elias eventually reveals that he’s been thinking of leaving the house and sails away on his new boat.

The House Chapter 3 Ending: Where Does Rosa Go in the End?

Rosa is crestfallen by Elias’ departure and is further saddened when she finds a collection of drawings in his room, having never even realized that he can draw. Soon after, Jen reveals that she is also leaving and implores Rosa to abandon the house before the rising water swallows it up. The house owner stubbornly refuses, saying her dream is to finish her project and make happy memories in her house.

A nightmare then shows Rosa how lonely she is in the house, and she wakes up to find the lower floors beginning to flood. Jen, already sailing away on a boat with Cosmos, calls out, imploring Rosa to join them. With a sudden change of heart, the young house owner pushes on a pillar erected by Cosmos, and the entire structure begins to move. Soon enough, the house breaks away from its foundation, and a steering wheel appears on its roof. As Rosa begins to steer her house on the water, she is joined by Jen and Elias in their respective boats, and chapter 3 closes with the group floating away into the mist.

Where Rosa and her former tenants end up is never revealed, and, in keeping with the other chapters, this installment also leaves the protagonist’s fate a mystery. However, the ending is significantly more optimistic and ends with Rosa in the company of those that clearly care for her (in their own eccentric ways) instead of being left alone in a slowly submerging house. Even though her destination is unclear, Rosa seemingly breaks the cycle of previous owners who are essentially “swallowed up” by the house. Instead, our feline protagonist uses the house to free herself and move away from the spot she has been tied down to.

The world depicted in chapter 3 is exceedingly ominous, with everything except for the house submerged underwater and a thick mist all around. As Rosa repeatedly says, there is nowhere to go. Thus, when they set off, the protagonist and their companions are as clueless about their destination as the audience. What is important is that they are together and (though Rosa doesn’t realize it) are making happy memories.

How Does the House Turn Into a Boat?

Cosmos has a hand in helping turn the house into a boat since it is he that installs the lever that initiates the remarkable transformation. The details are left up to the viewer’s imagination, but Jen’s footloose friend might just have some strange powers that he uses to achieve the seemingly impossible. In a narrative as surreal as ‘The House,’ however, it is perhaps more poignant to not only wonder how the house turned into a boat but also the symbolism of it. 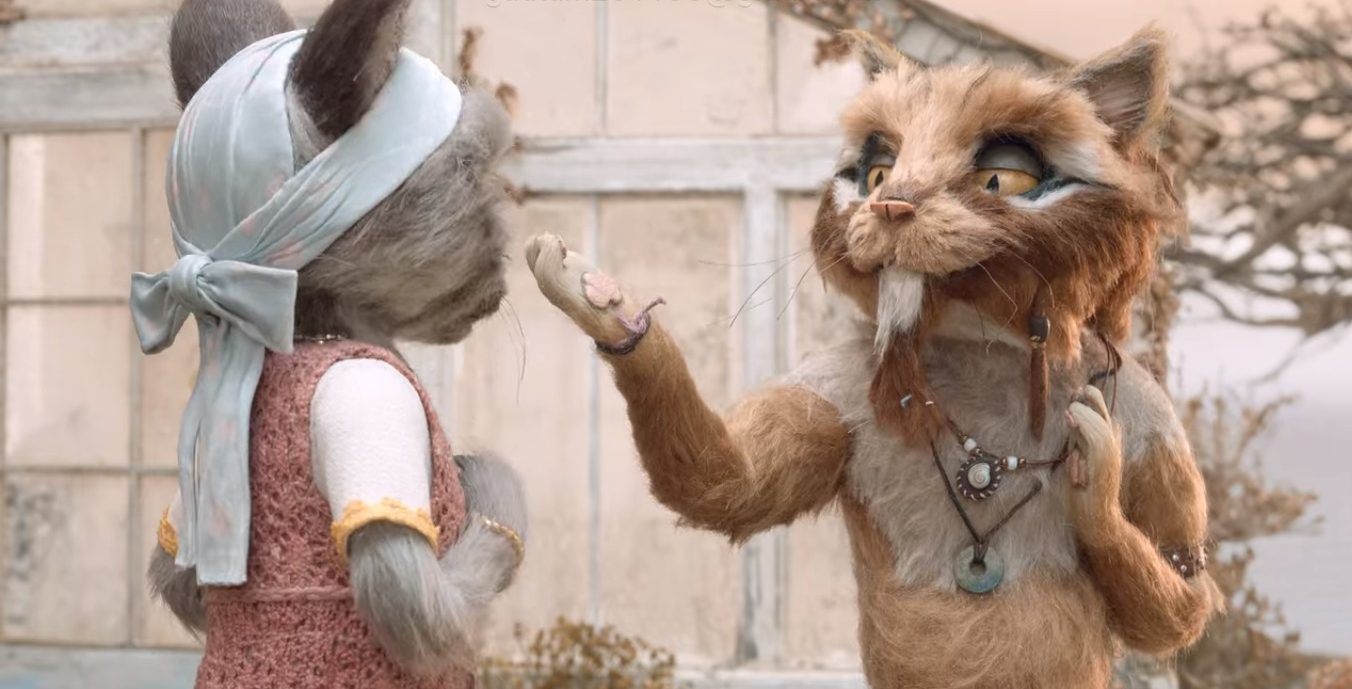 The house’s ominous powers might be connected to the land it is built on. By moving it away, Rosa essentially breaks a (seemingly) decades-long curse on the dwelling. This also puts Cosmos’ character into perspective, as Jen describes him as someone who has come to help free Rosa. Thus, both the house and Cosmos, from initially being burdens on the protagonist, become agents of her salvation. In the end, Rosa not only escapes the desolate spot but also the impossible ideas that she so stubbornly holds on to.

Read More: The House: Then Lost is Truth that Can’t be Won Ending, Explained