Is The Hummingbird Project a True Story? 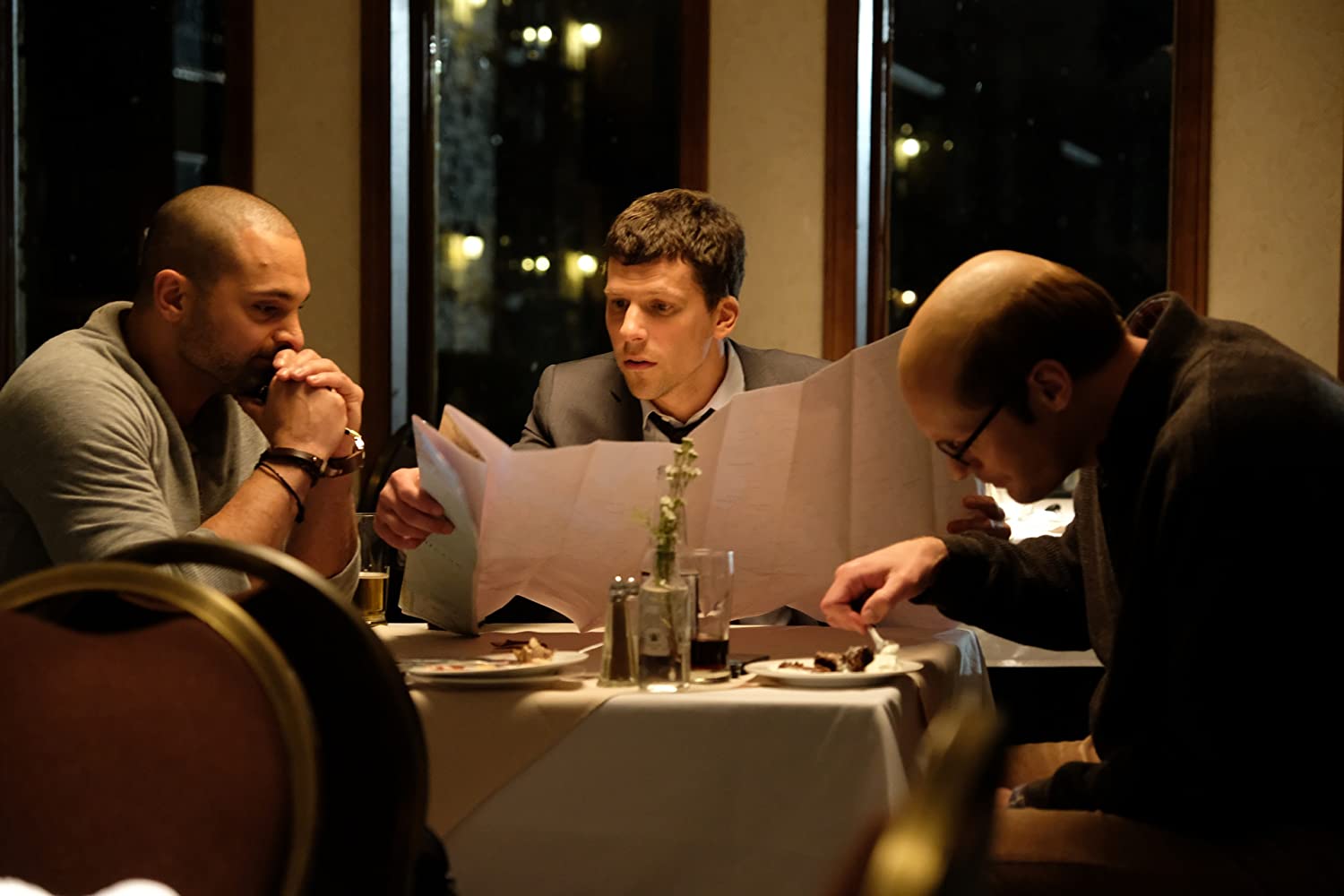 ‘The Hummingbird Project’ is a movie that intertwines finance and tech with themes of greed, capitalism, and desire. It stars Jesse Eisenberg, Alexander Skarsgård, Salma Hayek, and Michael Mando, and the plot makes for one intriguing story. Essentially, two cousin brothers leave their Wall Street jobs to construct a tunnel that will let them increase the speed of financial trading by one millisecond, which in turn, can make them millions. The film follows their journey as they strive to make their dreams come true. If you’re curious about the inspiration behind the script, then this we have got you covered!

Is The Hummingbird Project Based on a True Story?

No, ‘The Hummingbird Project’ is not based on a true story. However, the director, Kim Nguyen, researched heavily to concoct a tale based on high-frequency trading. Talking about it, he said, “It is a fiction but it is based on what people have done. So many people have tried to do crazy things to gain a single millisecond off the stock market.” He continued, “We even went to a high frequency trading platform in New Jersey and it was insane the amount of weirdness that there was. Basically we just related the actual engineering process that is actually true.”

Although the movie is based on our current (and volatile) financial system, the narrative definitely takes the road less traveled. In fact, you may feel like the story is rooted in reality, but this is just because of the stellar performances put forth by the cast members. Furthermore, Nguyen also stated that many people asked him why the film was not inspired by real events! So evidently, the movie struck a chord with its viewers. It is no secret that our financial system is quite unpredictable.

In the movie, the protagonists are on a mission to reduce data transmission speed to 16 milliseconds. For reference, the market is operating at 17 milliseconds. Does this one unit actually make a difference? Yes! After all, one millisecond holds the ability to make the Zaleski cousins millionaires. Interestingly, while Eisenberg plays a very typical role, Skarsgård adopts the role of a nerdy coder on Wall Street. Hayek plays their ex-boss to perfection, especially considering that the financial industry is mostly male-dominated.

The director stated that she was quite involved with the character’s development, and the actress also said, “I was very excited to be able to play a powerful woman on Wall Street, and at the end, I love that she’s also an immigrant. It talks a little bit about the immigrants that come to Wall Street, to New York, and they strive so hard to put their stamp in the world.” Continuing this discussion, Nguyen said that putting an immigrant female at the top of the corporate ladder is seen as a progressive step when it comes to representation.

He added that it is actually just a more accurate portrayal of real people on screen. Considering that many movies in the genre vilify the system, Nguyen wanted to take the plot a step further and make the audience realize that the current financial system also has grave implications for the public. Elaborating on his vision, the director said, “I would love to say it was a bold political statement to do that, that it was intentional. But the truth is I just thought it was a cool idea.”

Read More: Where Was The Hummingbird Project Filmed?