The Legend of Vox Machina Episode 7, 8, and 9 Recap and Ending, Explained 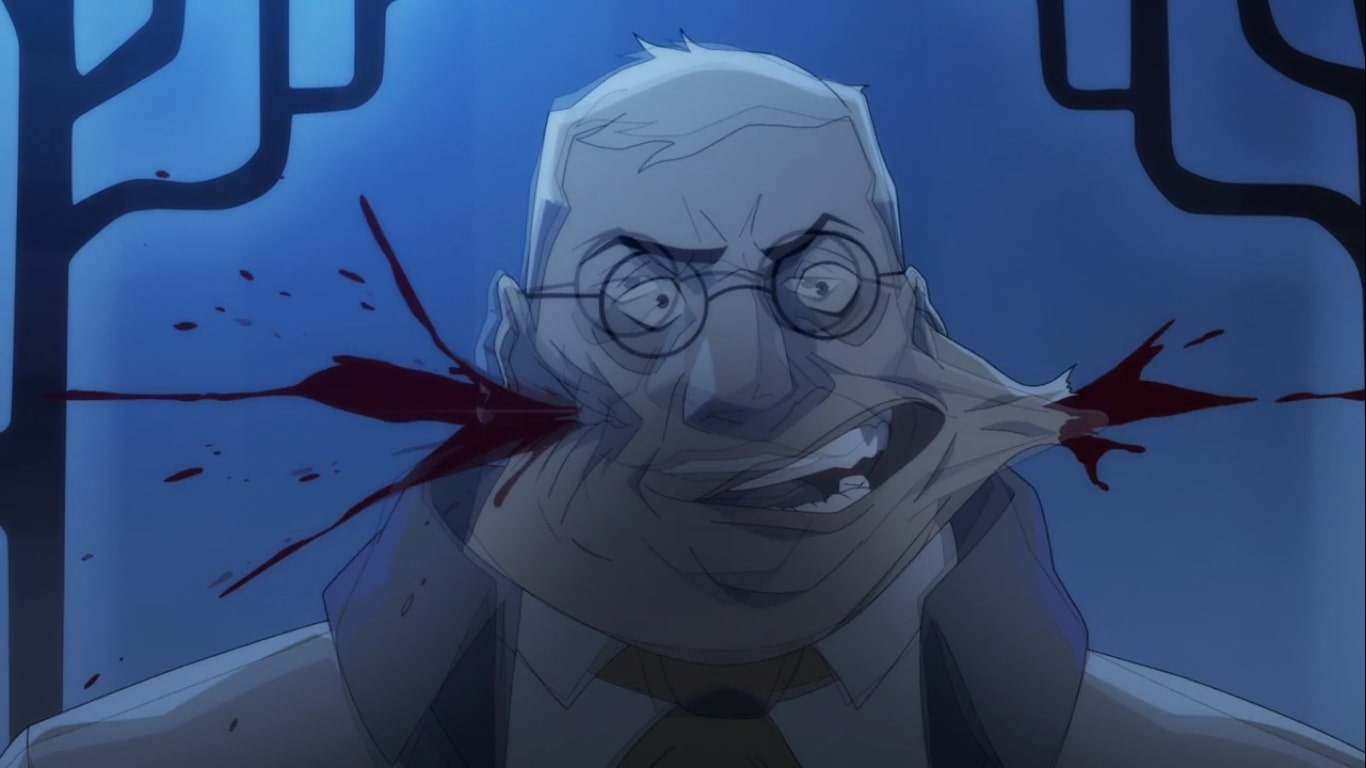 Based on the long-running fandom web series ‘Critical Role,’ the adult animated series ‘The Legend of Vox Machina’ is a dynamic and gore epic that chronicles the titular team of heroes in their deadly quest. The story builds on the universe of ‘Dungeons and Dragons,’ especially the story arc of Percival De Rolo. After the first two episodes give us a context to the story, the subsequent episodes plunge the viewers into Percy’s past, entangled with the vampiric couple Sylus and Delilah Briarwood. The seventh, eighth, and ninth episodes chronicle Percy and the gang in their journey to reclaim the De Rolo mansion and liberate the commoners. The ninth episode brings us to a cliffhanger ending, and we shall get there, but let us first recount the events that unfold in the episodes. SPOILERS AHEAD.

The Legend of Vox Machina Episodes 7, 8, and 9 Recap

The seventh episode begins with Percy presenting an account of his past pact with Orthax and how he came up with the pepperbox pistol. He also reveals the list to give a reason behind the murder of Captain Stonefell. Anna Ripley, Professor Anders, and The Briarwoods figure in the list alongside Capt. Stonefell. In the meantime, they brainstorm for a way into the heavily guarded De Rolo estate. Despite Vex and others’ lack of confidence in Scanlan, he plans a solo mission to Duke Vedimere’s house. 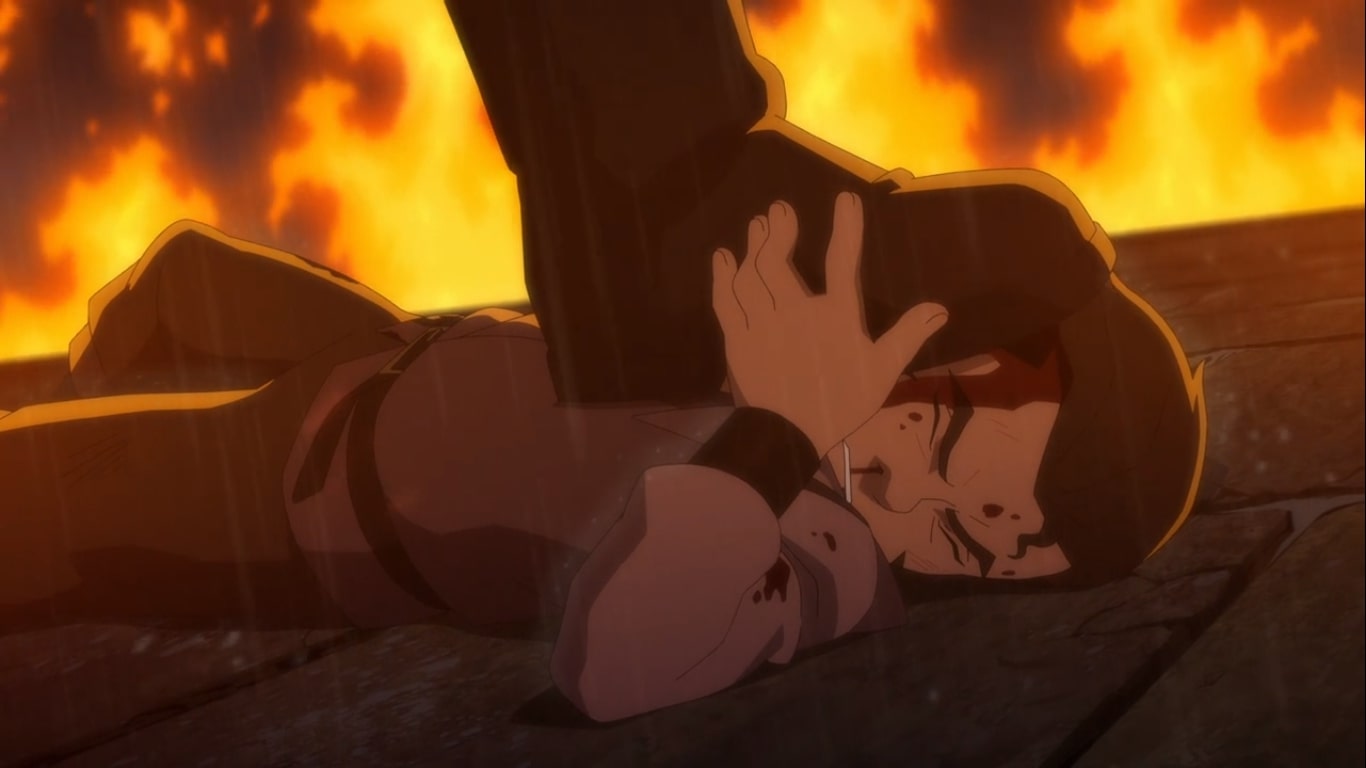 Scanlan’s plan entails some blazing distraction, which would allow the others to go ahead and rescue Cassandra. Scanlan goes to Duke Vedmire’s house, intending to set it on fire. Scanlan looks into his inventory for some reinforcement when the plan goes haywire. The first potion makes Scanlan disappear and reappear elsewhere, the second makes him tiny, and the third makes him vomit flames. As Scanlan becomes a living flamethrower, he can set the house on fire. He escapes to the rooftop, but the Duke catches up with him. After a rough fight, Scanlan manages to escape.

Elsewhere, the rest of the team breaks into Professor Anders’ house, discovering Cassandra. However, as Percy attempts to negotiate with Anders, he slits Cassandra’s throat. While Vax and Keyleah attempt to cure Cassandra, Anders unveils his army of giants. They initially seem unbeatable. But then, Percy discovers that they can die if he targets the slats of the armors. The heroes take the armored monsters down, but another issue crops up. Professor Anders is adept in mind-control, and he hypnotizes Grog and the rest of the team, barring Percy.

With keen shooting skills, Percy lodges a bullet into Anders’ cheek. When his hypnotizing tongue drops out of his mouth, the Vox Machina comes back to their senses. After the death of Anders, Keyleah waves her wand towards the sky, lifting the veil of clouds from Whitestone. She intends to hint to the commoners that the rebellion is alive, but she ends up startling Delilah Briarwood. Delilah summons her steward and kills him, offering the body to the Whispered One. In turn, the dead awakens from the graveyards around Whitestone and march their way to eliminate the resistance. 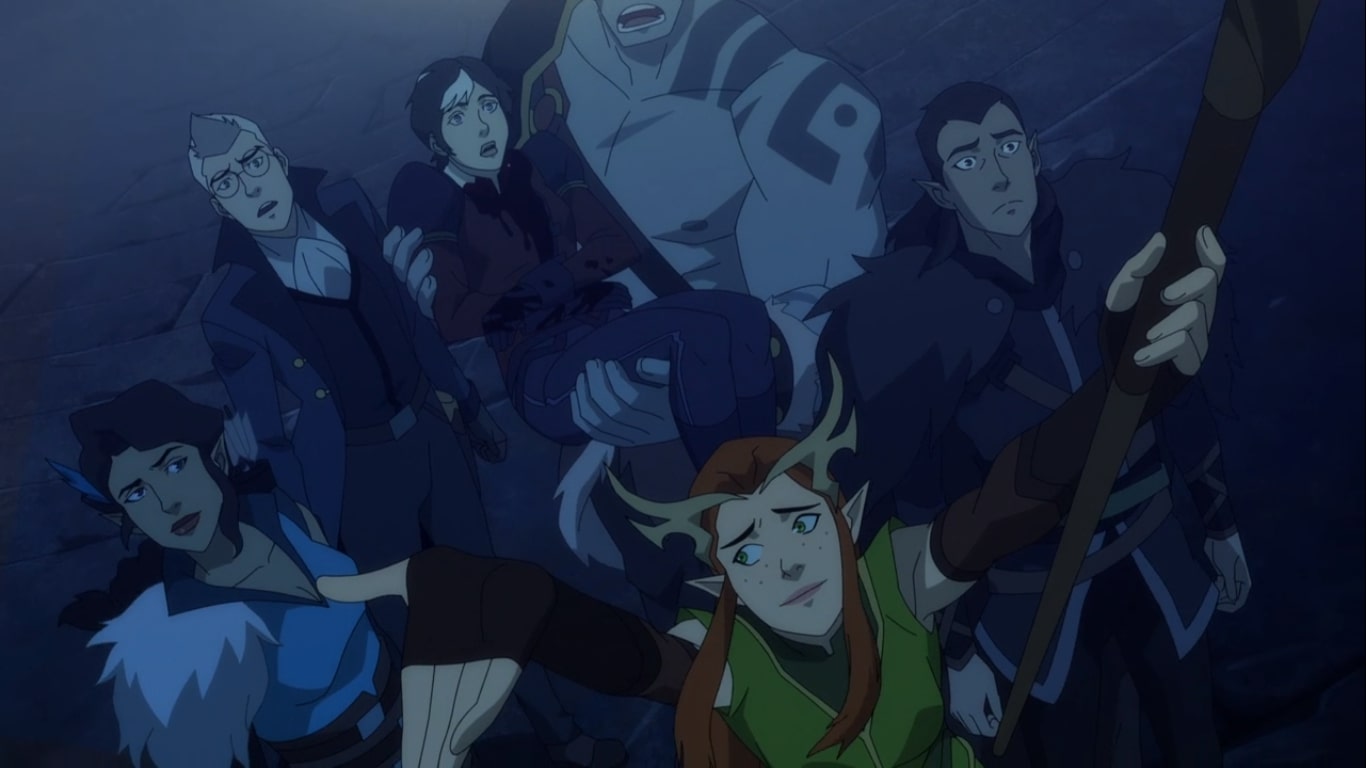 A flashback sequence shows us how Delilah dealt with the devil to bring her dying husband back to life. Scanlan is the first to encounter the horde, but he arrives a bit too late to warn the rest of the troop. The Vox Machina has a hard time with the massive zombie horde on their back. Although Keyleah saves Vax from possible death, a zombie bites Scanlan’s hand. After inspection, Vex declares that Scanlan may lose his hand due to necrosis. While Percy refuses to take charge of the rebellion for his past guilt (since he escaped, rather than fighting back), Archibald teams up with him to give the undead army a fierce battle.

However, Archibald’s force weakens in front of Duke Vedmire’s devilish strength, and he dies on the battlefield. In the shrine, Pike struggles with her inner darkness, falling into a coma. However, she sees the truth right in time, astral projecting to Whitestone. When she blesses every weapon with the power of the Everlight, combatting the zombies becomes a piece of cake. Keeper Yennen assures the team that she can handle things from there while the Vox Machina and Cassandra head to the De Rolo Mansion to exact vengeance upon the Briarwoods.

The Legend of Vox Machina Episode 9 Ending: Is Duke Vedmire Dead or Alive?

When the Vox Machina pushes back the army of the undead, Duke Vedmire cannot believe his eyes. He blabbers a few words like unthinkable and incomprehensible, looking at the defeat of his side. In the meantime, Percy shoots Vedmire in the leg with his pepperbox pistol. However, Vedmire’s name is not on Percy’s list. Thus, he moves on, leaving Vedmire for the commoners of Whitestone. As they gather around him with their respective weapons, we sense that Vedmire’s future is not too hopeful. While he seemingly holds superhuman strength, Scanlan’s strike has already weakened him. After his leg gets wounded, we do not think that he survives the wrath of the inhabitants of Whitestone. Thus, we conclude that he dies in the scene, delivering poetic justice for Archibald’s death.

Who Is The Person They Encounter In The Dungeon? 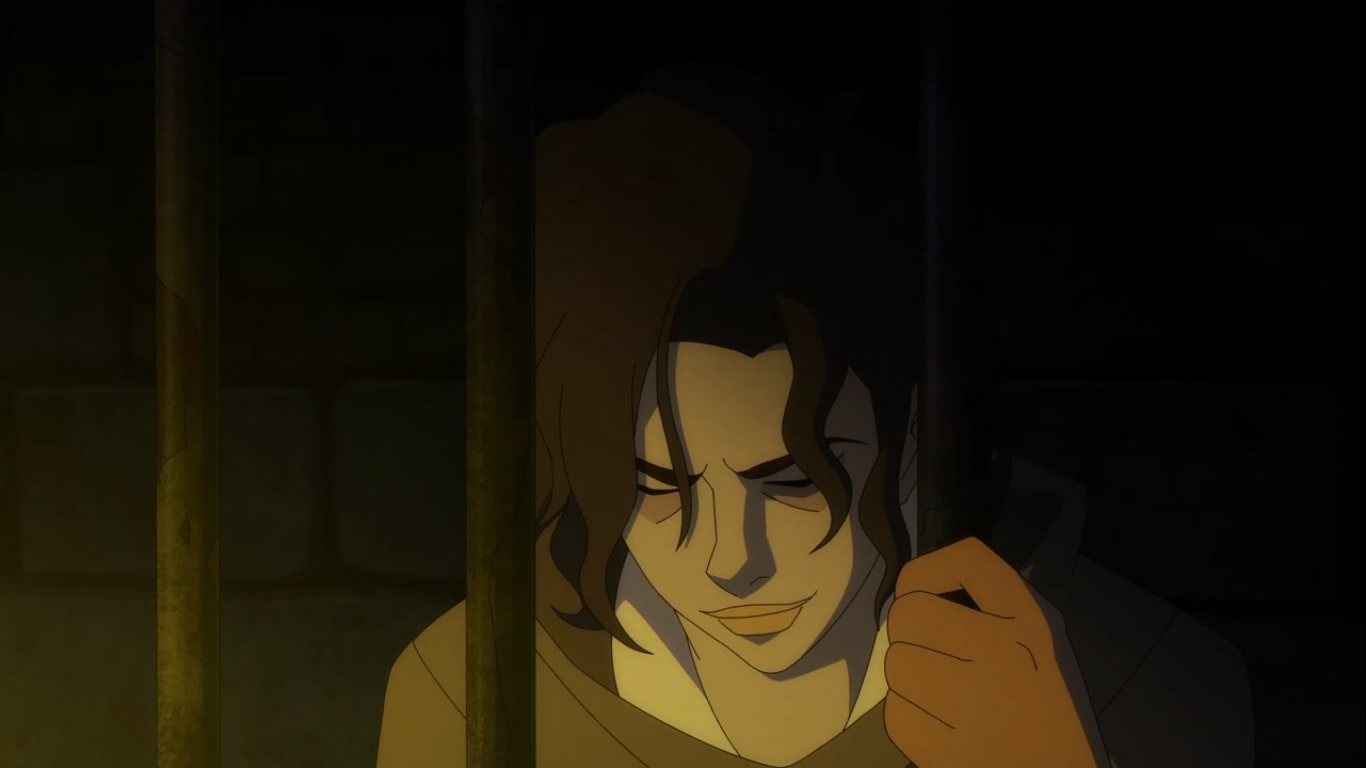 Towards the end of the ninth episode, Vox Machina and Cassandra enter the De Rolo mansion through a backdoor. The door leads to the dungeon, which doubles as a prison complex. The spooky ambiance of the dungeon scares Keyleah out of her wits. In the meantime, they hear a voice from a prison cell, which promises to take them to the Briarwoods. Shedding light on the cell, they discover an older woman, possibly in her sixties. Vax hurries to pick the lock while Percy points his gun at the woman. As the episode ends with the cliffhanger, we do not know her true identity. However, as the story follows ‘Critical Role’ from close quarters, fans know that this woman is Anna Ripley in disguise.

Ripley, one of the chief scientific inventors working for the Briarwoods, is the arch-enemy of Percy in the original storyline. In the past, a year after the coup of the Briarwoods, Percy attempted an assassination, which did not work out in Percy’s favor. Anna Ripley has been trying for a long to replicate Percy’s technology of firearms, losing a hand in the process. Around a week before the arrival of Vox Machina in town, Ripley finished her work and packed her bags, hoping to leave. However, when Anders spilled the news to the Briarwoods, Ripley found a place in the dungeon.

Read More: The Legend of Vox Machina Episode 4, 5, and 6 Recap and Ending, Explained