We have had merchandise of movies, especially animated films, for a long while now. But never had I thought in my wildest dreams that we would have movies based on the licensed merchandise of other movies. That sounded insane. Well, it did, until 2014. Because then it turned into something insanely brilliant. That’s what the film-maker duo, Phil Lord and Christopher Miller, brought to the animation world with ‘The LEGO Movie’, and in a lot of ways, changed its course.

The movie is based on the LEGO line of construction toys and filmed in the style of a Brickfilm. It centres around the adventures of Emmet Brickowski, an everyman and construction worker. But what makes ‘The LEGO Movie’ franchise so appealing is that it creates a whole new cinematic universe of its own, with its miniature little figurines, and characters that range from Star Wars to DC to Marvel to Ghostbusters. The possibilities are endless. ‘The LEGO Movie’ franchise, then, is not just a celebration of LEGO, but also of pop-culture over the years.

The first film from the franchise, the original ‘LEGO Movie’ was a huge critical and commercial success. It won the BAFTA Award for Best Animated Film, as well as, Critics Choice of Best Animated Film. Due to acclaim the film and its characters received, it eventually turned into a major franchise, having released two main films, and two spin-offs in the last five years. ‘The LEGO Movie’ was followed by its first spin-off ‘The LEGO Batman Movie‘, followed by another, ‘The LEGO Ninjango Movie’, both of which released in 2017.

In February 2019, the franchise finally released the sequel to its main film with ‘The LEGO Movie 2: The Second Part‘. Due to the success of the franchise, a third spin-off, titled, ‘The Billion Brick Race’, is in the works. On the other hand, there are already talks of a third part of ‘The LEGO Movie’. Here’s everything we know.

The LEGO Movie 3 Plot: What Can It Be About? 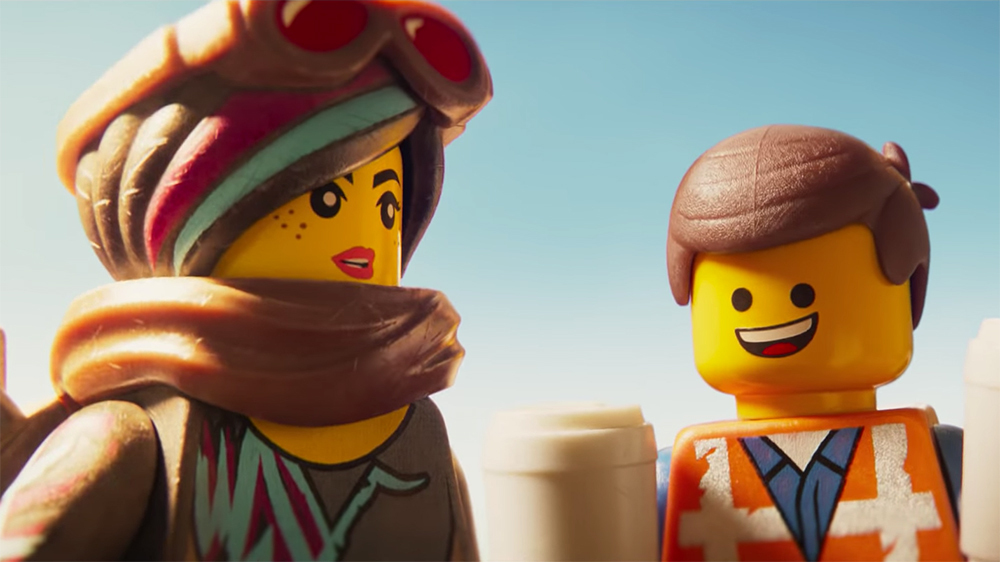 In ‘The LEGO Movie 2’, due to the alien invasions, Bricksburg is turned into a post-apocalyptic wasteland. Emmet pretends to be oblivious while everyone else is distressed. This begins to effect his relationship with Lucy. When his friends get captured by Sweet Mayhem and Wa’nabi, he sets on a mission to save them with the help of a rugged adventurer, Rex. It is only later that he realizes that Rex is the real villain, who is actually him from the future as ‘Radical Emmet Xtreme’. As he tries to save the day, he finds himself in his most difficult mission yet. The ending has Finn and his younger sister Bianca, the two who are actually playing with the LEGOs, come together despite their differences, resulting in the LEGO world being saved.

As there have been no solid talks of a third part to ‘The LEGO Movie’ yet, we have absolutely no knowledge of what it would be about. But we can safely say that it will be the continuation of Emmet’s adventures with Lucy, Batman, Vitrivius and Unikitty.  Now that we have the “Syspocalypstar”, a hybrid of Apocalypseberg and Syster System, there will be a lot of new avenues to explore. We will also have Sweet Mayhem and Wa’nabi joining the rest of the team. The movie would probably also explore Batman’s marriage with Wa’nabi and whether or not it lasts.

The third part of ‘The LEGO Movie’ could potentially meet the same fate as ‘Toy Story 3‘ did if takes another time leap. It could have Finn growing up, and probably even Bianca losing interest as she reaches her teens. The sequel of ‘The LEGO Movie’ already did follow the lead of the ‘Toy Story’ movies, as it explores deeper and more emotional issues, including that of growing up and changing. It would be rather interesting to see where it goes from there in the next film.

The LEGO Movie 3 Cast: Who Can Be In It?

The reason for the ‘LEGO Movie’ franchise being as brilliant is its iconic star-studded cast that voices the characters and brings them to life, with their hilarious dialogues and musical scores.  If the franchise decides to make a third part to the film, it would definitely have the original cast reprising their roles. We would have Chris Pratt as Emmet, Elizabeth Banks as Lucy, Will Arnett as Bruce Wayne/Batman, Tiffany Haddish as Queen Watevra Wa’nabi, Stephanie Beatriz as General Sweet Mayhem, and Alison Brie as Unikitty. It would probably also introduce new characters as it always does, for which additional cast members will the join LEGO movie team.

The LEGO Movie 3 Crew: Who Can Be Behind It?

As Phil Lord and Christopher Lord have worked together on all the movies from ‘The LEGO Movie’ franchise, it is obvious that if the movie returns for a third part, we would have yet another collaboration between the two. We would also have Dan Lin and Roy Lee as producers as they have also worked on every film from the franchise. The movie would mostly have either Mike Mitchell, of ‘Sky High’ fame or Chris McKay, of ‘Robot Chicken’ fame, directing, as Mitchell directed the sequel, while McKay directed ‘The LEGO Batman Movie’.

The LEGO Movie 3 Release Date: When Can It Premiere?

If there is a third part to ‘The LEGO Movie’, it is certainly not going to happen anytime soon. The franchise is already working on multiple spin-offs that will be released within the next two – three years. A spin-off, titled, ‘The Billion Brick Race’, which is said to be inspired by ‘The Cannonball Run’ is currently in the works. There will also be a sequel to ‘The LEGO Batman Movie’ in the future as it is perhaps the most successful endeavors of the franchise. There are also talks of ‘The LEGO Chima Movie’, but nothing is confirmed yet.

Now that the sequel of the ‘The LEGO Movie’ released only this year, after a 5 year gap, it would only make sense to hope for the third part of the film to come out within the next 5 years. With this estimate in mind, along with all the other upcoming projects of the franchise, let’s hope for ‘The LEGO Movie 3’ to release sometime in 2024.