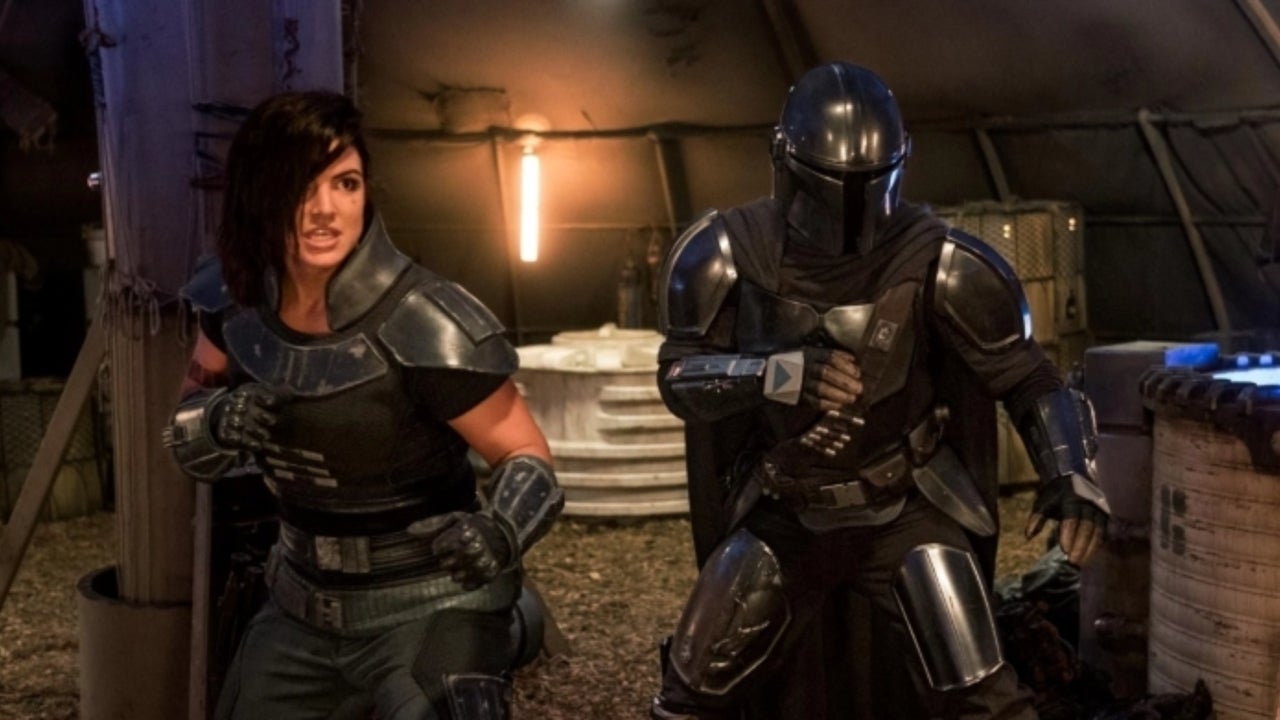 ‘The Mandalorian’ has been building the tone up until this point, as the action came to a head in the third episode. From the time Mando rescued baby Yoda, we knew there would come a time when the assassin would have to choose sides. This moment came in Episode 3 when Mando went against the remnants of the Empire, which set up a John Wick-like situation, with bounty hunters on his tail.

This is where Episode 4 of the Disney+ show picks up.

Episode 4 of ‘The Mandalorian’ has been aptly titled ‘Sanctuary’, and has been directed by Bryce Dallas Howard, the daughter of Ron Howard, who has worked on a ‘Star Wars’ movie himself. Last episode we had seen baby Yoda and Mando making their getaway on the ship. This episode starts with them looking for a place to lie low to avoid attention. While baby Yoda is busy fiddling with the buttons on the ship, Mando gets a chance to reinforce the stern dad stereotype by gruffly expressing his disapproval.

Meanwhile, the action shifts to planet Sorgan. We see how raiders attack and leave things in a mess. Mando plans to head to this planet since it is a good place to hide out. Upon landing, he wants to clear the surroundings and suggests that baby Yoda should hang back in the ship to stay safe. However, baby Yoda feels attached to Mando and prefers to be by his side. The two head into a shabby tavern and the show would not be a space Western without the existence of tough characters who could potentially be troublesome. In this case, it is Cara Dune, an ex Rebel Alliance member. She is immediately suspicious of Mando, and the feeling appears to be mutual. The bounty hunter tracks her out of the bar and it appears that he is hot on the trail when the tracks stop. Obviously this is an ambush and the Mandalorian and Cara get into it. They seem pretty evenly matched until both realize that baby Yoda is watching. Once peace prevails, the reasons for Cara’s actions become clear. She thought that the remnants of the Empire had sent Mando after her due to her actions. However, it becomes clear that she is not cool with Mando and baby Yoda stopping on the same planet as her, for fear it will draw too much attention.

As baby Yoda and Mando prepare to leave on their ship, they are stopped by the people of the looted village. They want some assistance and want to pay Mando to protect them from further attacks. While Mando does not initially want to help, he realizes the village is remote and will be a good spot to hide baby Yoda. Cara joins in, and at the village, Mando starts letting his guard down. He grows close to Omera, a local. The series takes this chance to give us a little more backstory about the Mandalorian as well. We understand that he cannot take his helmet off because it is the rules of his people, the ones who took him in when his parents died (Notably in ‘Star Wars’, Mandalorians could take their helmets off, so this must be a new rule for the warrior race).

The time for seriousness arrives as Mando and Cara must now face the raiders. The scales are in the raiders’ favor since they have an All Terrain Scout Transport. Mando and Cara decide it is too hard to take them on alone, but the villagers decide to train and face the raiders. Omera and Mando grow closer during the training as the former shows adeptness at handling the blaster. The plan is to draw the machine into a ditch and then beat the rest of the raiders. Everything is set up for the action, but as usual, things do not completely go according to plan. With courage shown from Cara, not to mention Mando, the raiders are lured. The villagers pitch in and they manage to take the All Terrain Scout Transport out of the game, scaring the raiders.

With the danger averted, Mando plans to move on, leaving baby Yoda with the villagers. Omera tries to get Mando to stay, saying he could retire there. However, Mando has led too much of a bounty hunter’s life to give up now. All the while, we see another assassin has tracked Mando. He tries to take out the bounty hunter first but later changes the target to baby Yoda. Just before he is about to shoot, Cara takes him out. However, they understand that the planet is not safe and leave to look for safer pastures.

‘The Mandalorian’ Episode 4 shows us well into the characters’ adventures. It introduces a new character, Cara, who will play a larger role. We get to know the dangers that Mando has to fend off now that he is in the crosshairs. The best thing about the episode is how well Pedro Pascal acts despite not taking the helmet off. It is a powerful performance.

It is one of the chattier episodes for the Mandalorian, who has spoken more through actions than words, up until now. We get to know more about him and understand that he will now be handling different problems every week. Overall, it is one of the lesser exciting episodes of the show but sets up the direction well for the remaining episodes.