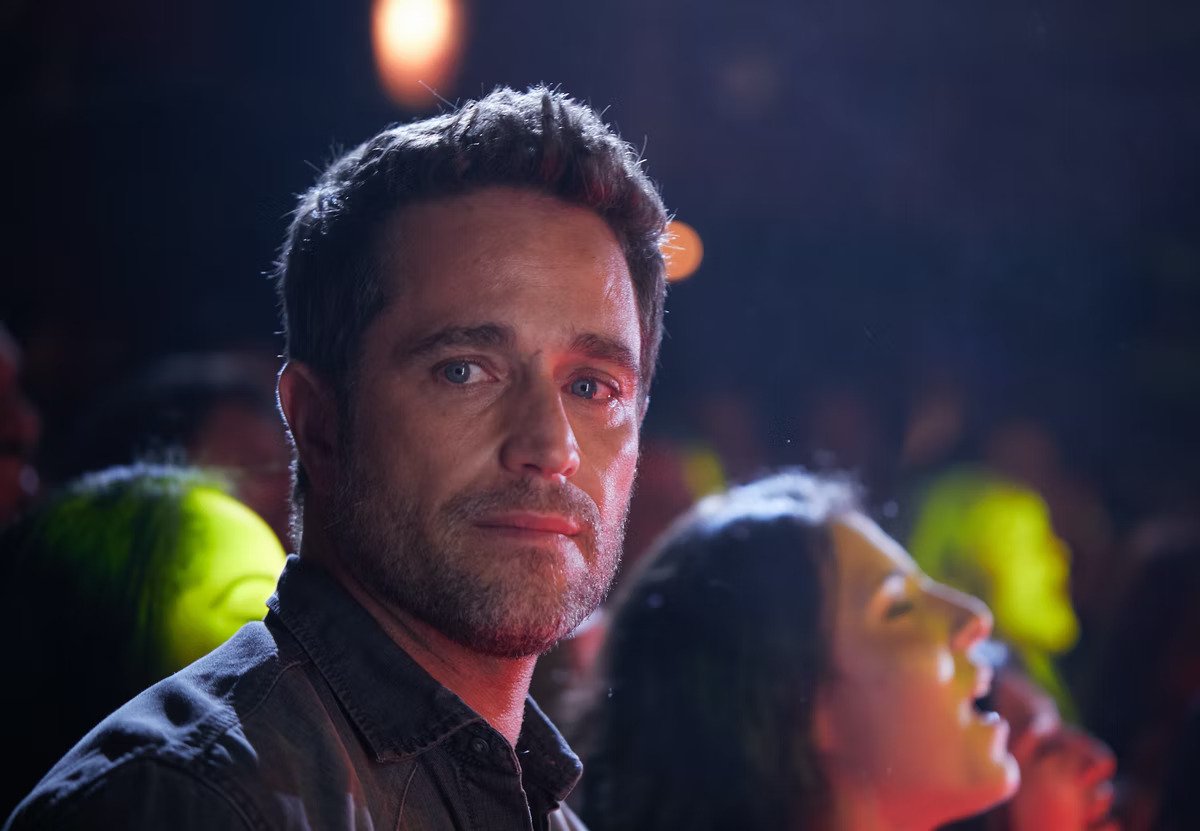 Created by Leonardo Padrón, ‘The Marked Heart’ (original title ‘Pálpito’) is a Colombian crime thriller series on Netflix. It chronicles a chain of events that are set in motion when Simón’s wife Valeria is killed so that her heart can be used to save a millionaire’s wife, Camila. The murder is committed because Zacarías is willing to do anything to ensure that Camila lives. But he remains ambiguous about how he managed to find a donor in such a short span of time.

Things get all the more complicated when sparks fly between Simón and Camila. However, their life will never be the same once they learn the truth about each other. The dramatic narrative with unexpected plot twists keeps viewers on their toes. So, you must be wondering what will happen to the characters after the cliffhanger at the end of season 1. The crime drama originally released in April 2022, and here is what we can tell you about a potential season 2!

With regard to the show’s sophomore iteration, here is the deal. Currently, there is no news about whether or not the series will return. Nevertheless, it seems that a second round is a strong possibility. First and foremost, the narrative of the opening installment lays the groundwork for a follow-up round as it ends on a suspenseful note.

Moreover, non-English shows are thriving on Netflix, as the platform helps draw a vast international audience. Spanish-language thrillers are doing quite well, as is evident by the success of shows like ‘Money Heist,’ ‘Elite,’ and ‘Who Killed Sara?‘ All of them delivered more than one season. So, we expect the same fate for Padrón’s series as well.

Although season 1 wrapped up its three-month filming schedule in July 2021, the episodes arrived on Netflix only after nine months. Therefore, if renewed soon, the production team will require at least a year before a new season is ready to be screened. With that being said, if the thriller is greenlit by Summer 2022, we expect ‘The Marked Heart’ season 2 to release sometime in Q2 2023.

The Marked Heart Season 2 Cast: Who can be in it?

If the show returns, most of the key players might reprise their roles. This includes Michel Brown (Simón), Ana Lucía Domínguez (Camila), Sebastián Martínez (Zacarías), Valeria Emiliani (Samantha), and Juan Fernando Sánchez (Sarmiento). Margarita Muñoz may continue to feature as Valeria as the character appears in Camila’s visions and flashback sequences.

Provided the series is given the go-ahead for another round, we may also see Mauricio Cujar (Braulio Cárdenas), Moisés Arizmendi (Mariachi), Valeria Emiliani (Samantha), Julián Cerati (Tomás), and Jacqueline Arenal (Greta Volcán). It is possible that new cast members will join in for the potential season 2 as new characters are likely to be introduced to keep the plot interesting.

The Marked Heart Season 2 Plot: What can it be About?

In season 1, Simón finds out who Camila really is. On the other hand, Camila learns the disturbing lengths Zacarías went to in order to obtain the heart that now beats in her chest. So, she desperately tries to get away from her husband and even assumes a new identity. As the season comes to a close, Camila admits that although she is in love with Simón, it is time to move on. After an emotional farewell from Simón and his two children, she takes off to start a new life. However, in the final moments of the season, Zacarías receives a video of Camila possibly in a new place.

Zacarías watching Camila’s video could be an interesting starting point for a prospective season 2. Will Zacarías and his henchmen locate Camila? Moreover, it seems that the feelings between Simón and Camila are far from resolved. So, it could be a matter of time before they get back together, even though it could cost them both quite heavily. But we will only know all of this if the show returns with a second installment.

Read More: Is The Marked Heart Based on a True Story? Where is it Filmed?