The One Ending, Explained 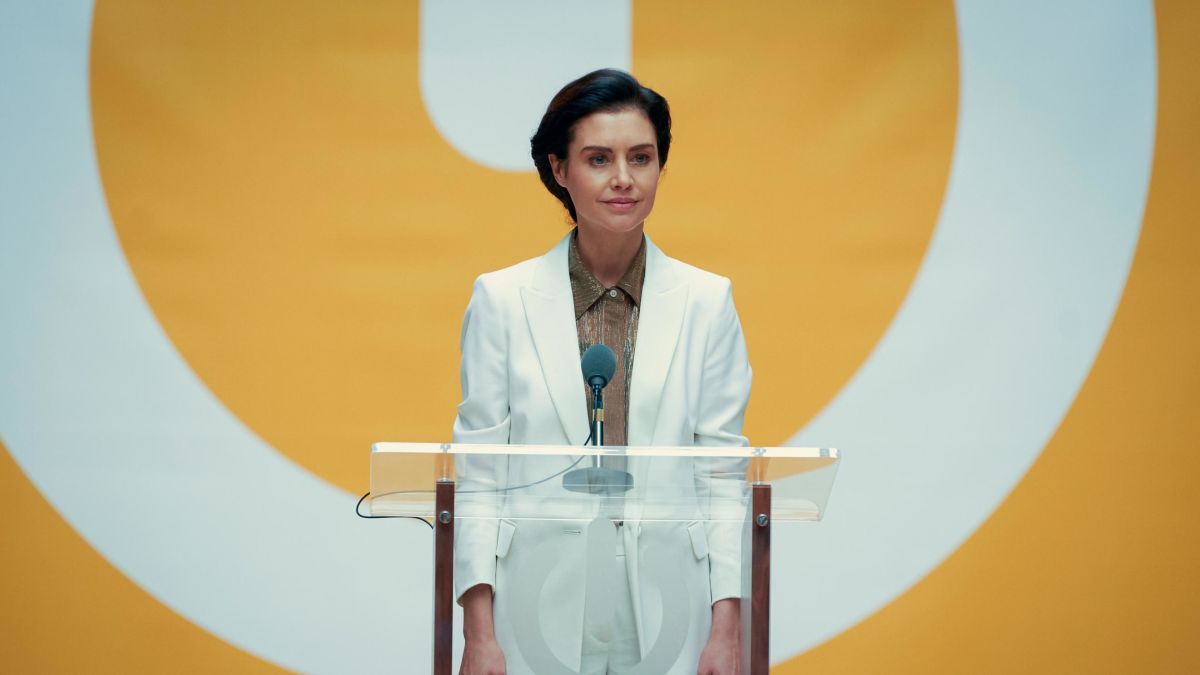 Based on John Marrs’ novel of the same name, ‘The One’ is a Netflix sci-fi drama series that asks its audience to wonder whether love is the product of a chemical reaction or human interactions. Set in the not-too-distant future, it tells the eponymous company’s story, which promises its consumers that it will find them the person they were always meant to be with, effectively bypassing all the trials and errors that one must endure in the pursuit of love.

The show depicts the rise to power of The One’s CEO and co-founder, Rebecca Webb (Hannah Ware), and her own search for a happy ending. The series also stars Eric Kofi-Abrefa and Lois Chimimba as happily married couple Mark and Hannah, whose commitment to each other is tested when Hannah sends Mark’s DNA sample to determine who his ideal match is. Then, there is Kate (Zoë Tapper), a detective investigating Rebecca’s dark past to solve a murder case. Here is everything you need to know about the ending of ‘The One.’ SPOILERS AHEAD.

The One Season 1 Recap

Two young geneticists, Rebecca and James (Dimitri Leonidas), discover that ants find their mates through hydrocarbon pheromones and that those results are replicable in humans. With the help of Damian (Stephen Campbell Moore), a venture capitalist, they set up The One. It soon becomes a juggernaut in the dating industry with millions of satisfied customers worldwide. However, it has a catastrophic effect on the traditional frameworks of relationships.

Relationships and marriages break apart because the partners and spouses are not genetically matched. The story begins about two years after Rebecca and James make their discovery. James has withdrawn from active involvement in the company in the intermediate period, while Rebecca has marshaled it to become a multi-billion-dollar venture. However, she has several detractors, the most prominent of whom is Damian, who wants her to step down from her position as the CEO. 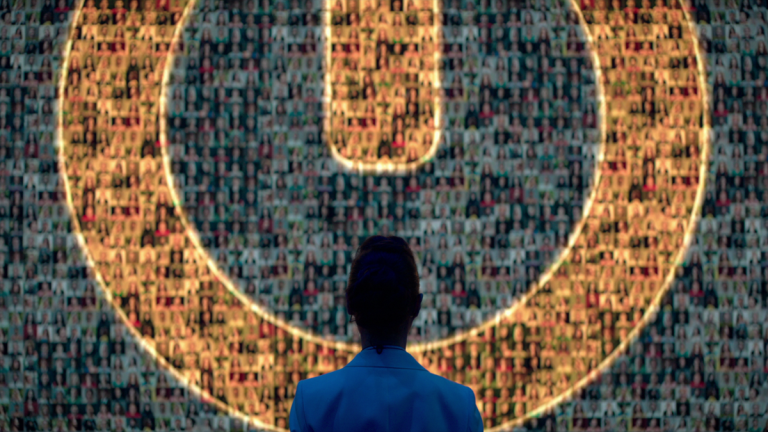 Mark, a journalist, is deeply in love with his wife Hannah, but the latter has certain insecurities about their relationship, which leads her to send Mark’s DNA sample to get matched. She finds out that his ideal mate is supposed to be a woman named Megan (Pallavi Sharda). She virtually begins stalking Megan, joining the same yoga studio as her and later becoming friends. Hannah even steals one of Megan’s sports bras and makes Mark sniff it to see if there is any reaction. Almost inevitably, her paranoia becomes the main reason Mark and Megan meet, and the two of them immediately start sensing a deep attraction towards each other.

Kate gets matched with Sophia (Jana Pérez), a woman from Barcelona. For them as well, the connection is instantaneous. They plan that Sophia will travel to London to meet Kate. However, she has an accident not long after arriving and falls into a coma. Meanwhile, Kate is investigating Ben’s (Amir El-Masry) murder. Ben used to be a close friend of Rebecca and James until his mysterious disappearance several months earlier.

In the finale, Rebecca announces in a press conference that the company’s shares will become available on the London Stock Exchange. After that transition is complete, she will step down from her position as the CEO. She declares that she has found true love and intends to spend the rest of her life enjoying it. Although everyone gathered there believes that she is speaking of Ethan, the man she flaunts as her matched person, it is actually Matheus (Albano Jerónimo).

They are the first matched couple, brought together by The One when it was still in its testing phase. However, Matheus dies while protecting Rebecca from David Cooper, a man who claims that he lost his family after his wife found her match. The truth about what happened to Ben is finally revealed. Kate struggles with her growing attraction towards Sophia’s brother Sebastian (Eduardo Lloveras), while Mark and Hannah discover that the latter is pregnant.

The One Season 1 Ending: What is Rebecca’s Secret?

The series begins with Rebecca giving a speech about The One. She starts by saying that she has a secret to share before describing her parents’ unhappy marriage and how it played a pivotal role in The One’s development. In the closing scenes of season 1, she also addresses a crowd and opens her speech by saying that she has a secret that she wants to share. But the circumstances between the two addresses are vastly different. Although the finale ends before she reveals what it is, we can speculate on a few possibilities.

The first and most obvious option is to repeat what she has said before and speak about her parents. After discovering that even Matheus has betrayed her by recording their conversation for Kate, the ruthless businesswoman has decided that the quiet and peaceful life isn’t for her, especially after Matheus’ death. She now wants to focus on her work and keep her company growing.

Over the course of the series, we are shown time and again that she is capable of doing anything to preserve what she has achieved. When her bodyguard Connor (Diarmaid Murtagh) refuses to shoot James for her, she asks him if he knows anyone who will not refuse such requests. In the finale, she hires an inmate through Connor to kill Cooper. 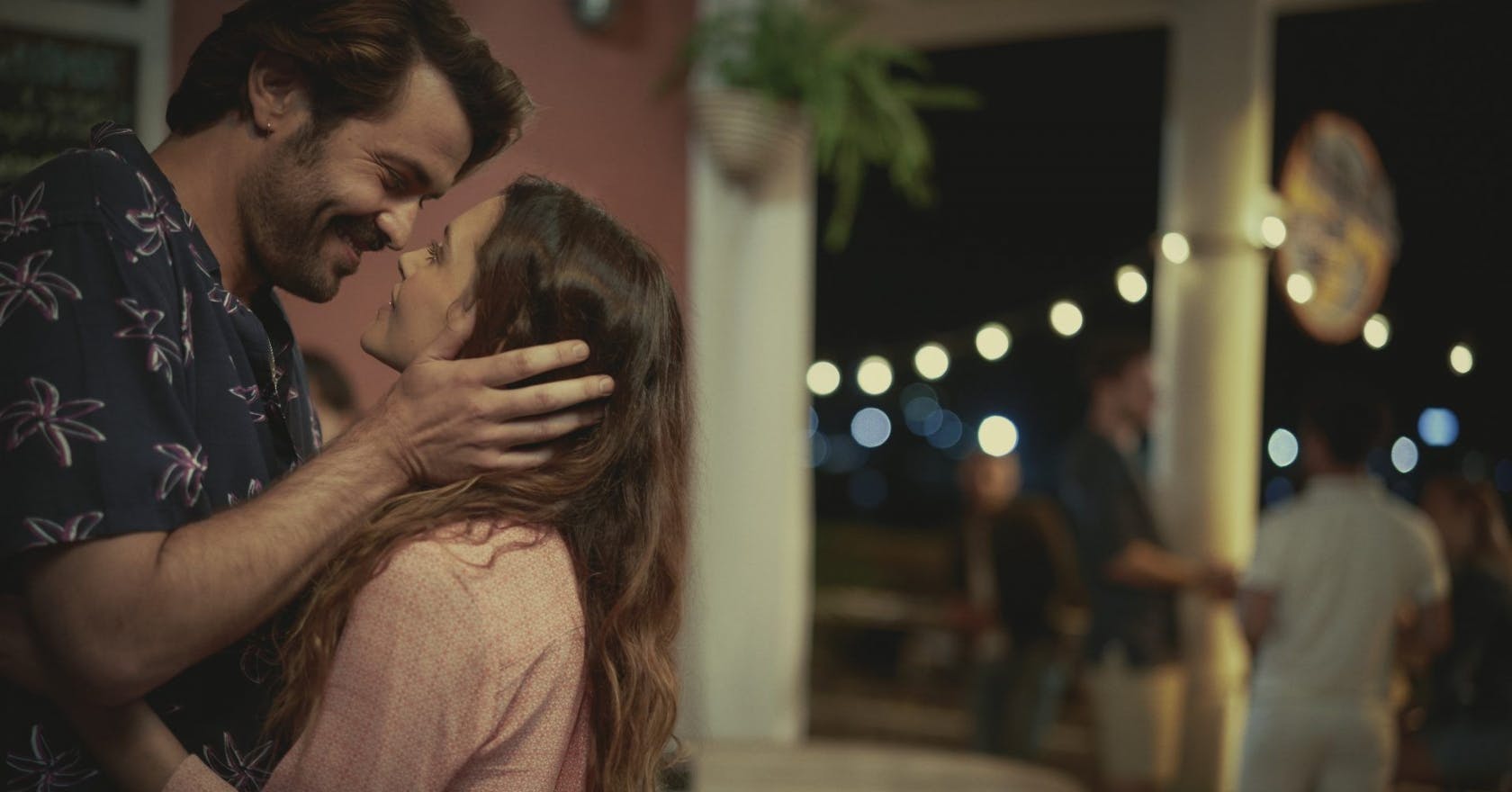 Another option is that she might confess that Ethan isn’t her true match. It has simply been an arrangement that has served a purpose. With Ethan on her side, she became the best ambassador of her own product. For his part, Ethan has to follow certain rules and keep the engagement with the outside world to an absolute minimum.

After Ben’s death, Rebecca realized that she couldn’t be with Matheus, as he was in their building on the night Ben died. However, after Matheus returns looking for his brother Fabio, the old emotions come rushing back, and the two of them happily drown in them. They start to plan for a future together, and as mentioned above, she even decides to walk away from the company.

But Matheus’ betrayal leaves her shattered, and she doesn’t know how to deal with it. The matter is made even more complicated by the fact that he dies protecting her. To deal with these conflicting emotions, she might divulge certain information about Matheus to the press. It’s quite a gamble to tell your customers that you have been lying about your own match all this while, but if it works, and she garners sympathy for it, no one will be able to threaten her position in the company ever again.

What is the “Science” Behind The One? How Does The One Work?

Despite the thematic similarities, ‘The One’ doesn’t feel like one of the episodes of ‘Black Mirror,’ nor does it have that many similarities with Amazon’s Prime’s anthology series, ‘Soulmates,’ though it too revolves around the concept of finding love through genetics. In his paper ‘Pheromonal Methylation in Fire Ant DNA,’ James argues that ants of the same colony can recognize each other because they have the same DNA mutations. 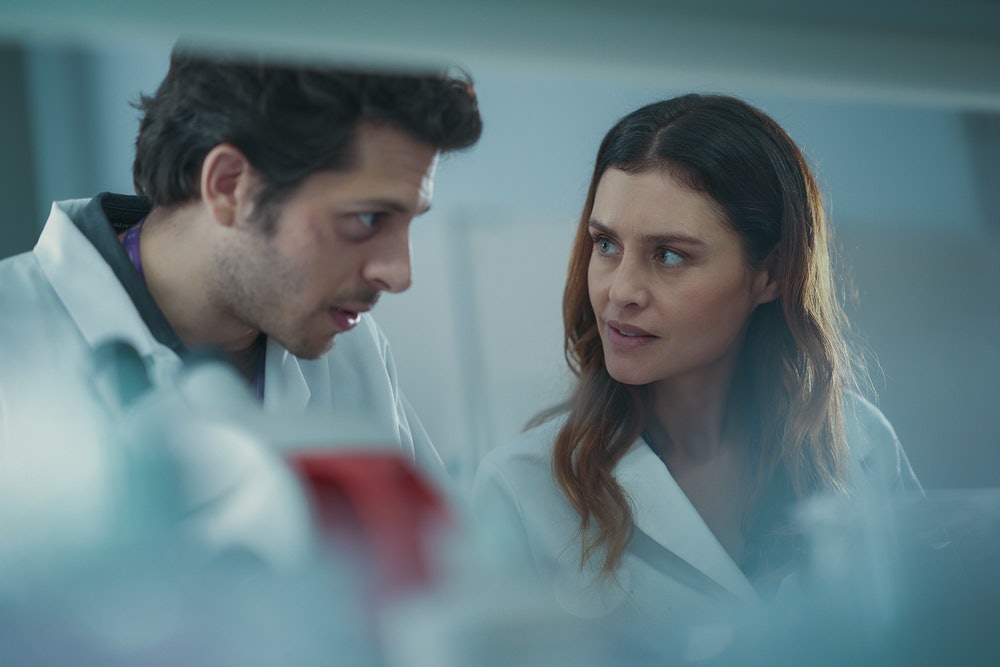 Rebecca and James start working together to figure out if mating ants are attracted to each other because of certain pheromones. After they accomplish that, they hack into the database of Ben’s workplace to gain access to a DNA registry. Rebecca becomes the first person to try out their discovery and finds Matheus through it, proving that The One works.

Can You Get More than One Match? 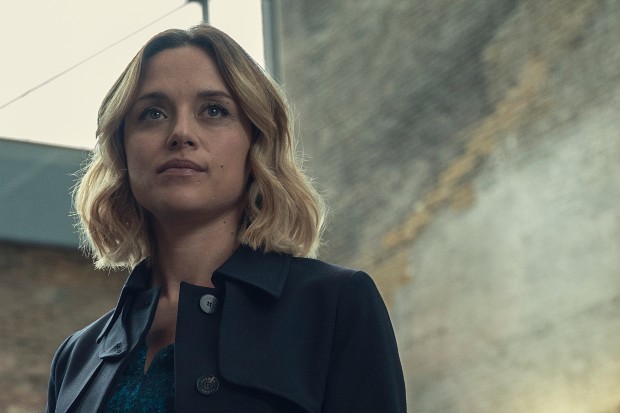 Yes, if siblings inherit similar genetic traits from their parents, they can be matched with the same person. The One matches Kate with Sophia, and both admit that they haven’t felt this strongly about anyone else before. After Sophia’s accident, Sebastian and their father come to see her in the hospital. During this period, Kate and Sebastian grow close. Despite being engaged to another woman, he tells her that he loves her. Although he goes back to Spain in the finale, they still clearly have feelings for each other. Kate is set to attend Sebastian’s wedding ceremony with Sophia. And things are bound to get complicated there.

How Does Ben Die?

After conversing with Matheus, Ben figured out that Matheus is Rebecca’s match. This also led to the realization that James and Rebecca had stolen his company’s DNA database through his laptop. Furious and feeling betrayed, he confronted them on a rooftop. He had genuine romantic feelings for Rebecca, who never really reciprocated them. He declared that he would bring everything down. A struggle ensued, and Ben fell several floors down onto the pavement. Believing him to be dead, a reluctant James and resolute Rebecca took him to the riverside. 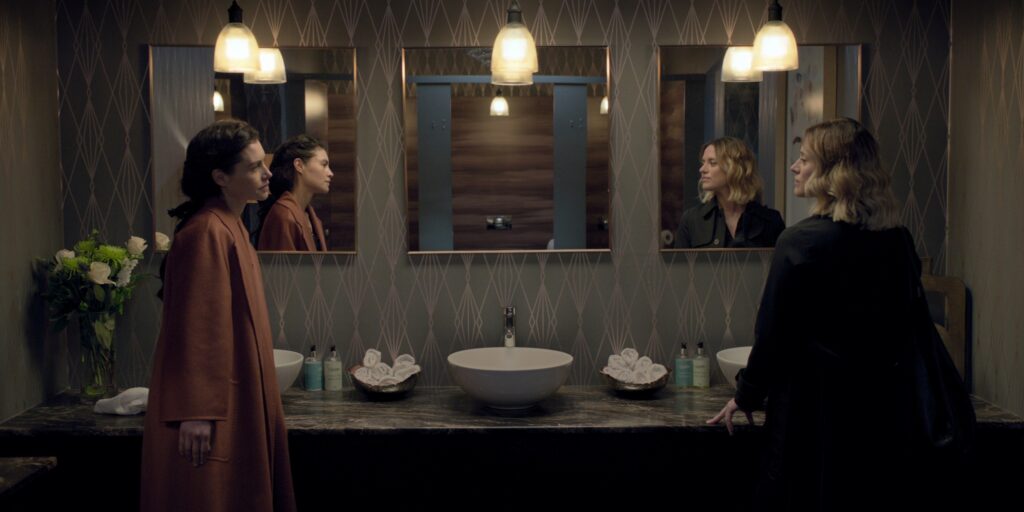 However, because James was unwilling to go through what came afterward, she sent him back to the car. It was then that Ben woke up. But by then, Rebecca had already decided that Ben was an obstacle in her path to success. She realized if she let Ben live, it would mean the end of her dreams and ambition. So, she pushed him into the river, and he subsequently drowned. Several months later, his remains are found by a diver.

Why Does Megan Want Hannah to Get Matched?

Megan and Mark were never supposed to meet or find out that they are genetically perfect for each other. But because of Hannah’s paranoia and impulsive actions, Megan and Mark have their fateful encounter and begin a passionate affair. Although Mark ends it shortly after and goes back to Hannah, Megan is clearly not done with them yet. 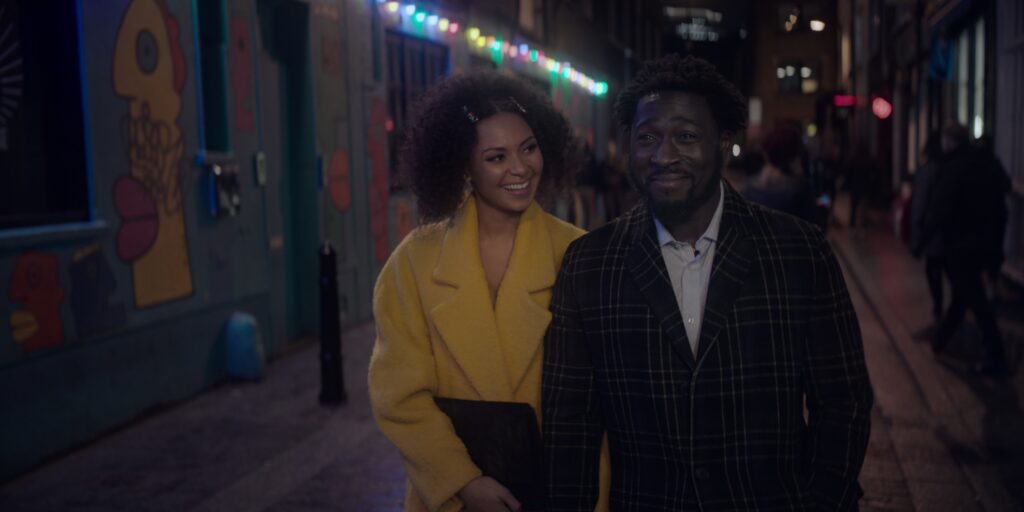 Hannah doesn’t want to find out who her perfect match is. She is perfectly happy with Mark. Her curiosity about his perfect match stems from her own insecurities. But Megan isn’t looking to bring Hannah happiness. She is outraged and wants revenge against a woman whose actions have caused her much heartache.

Read More: Where is The One Filmed?