The Rising of the Shield Hero Season 2 Finale Recap and Ending, Explained 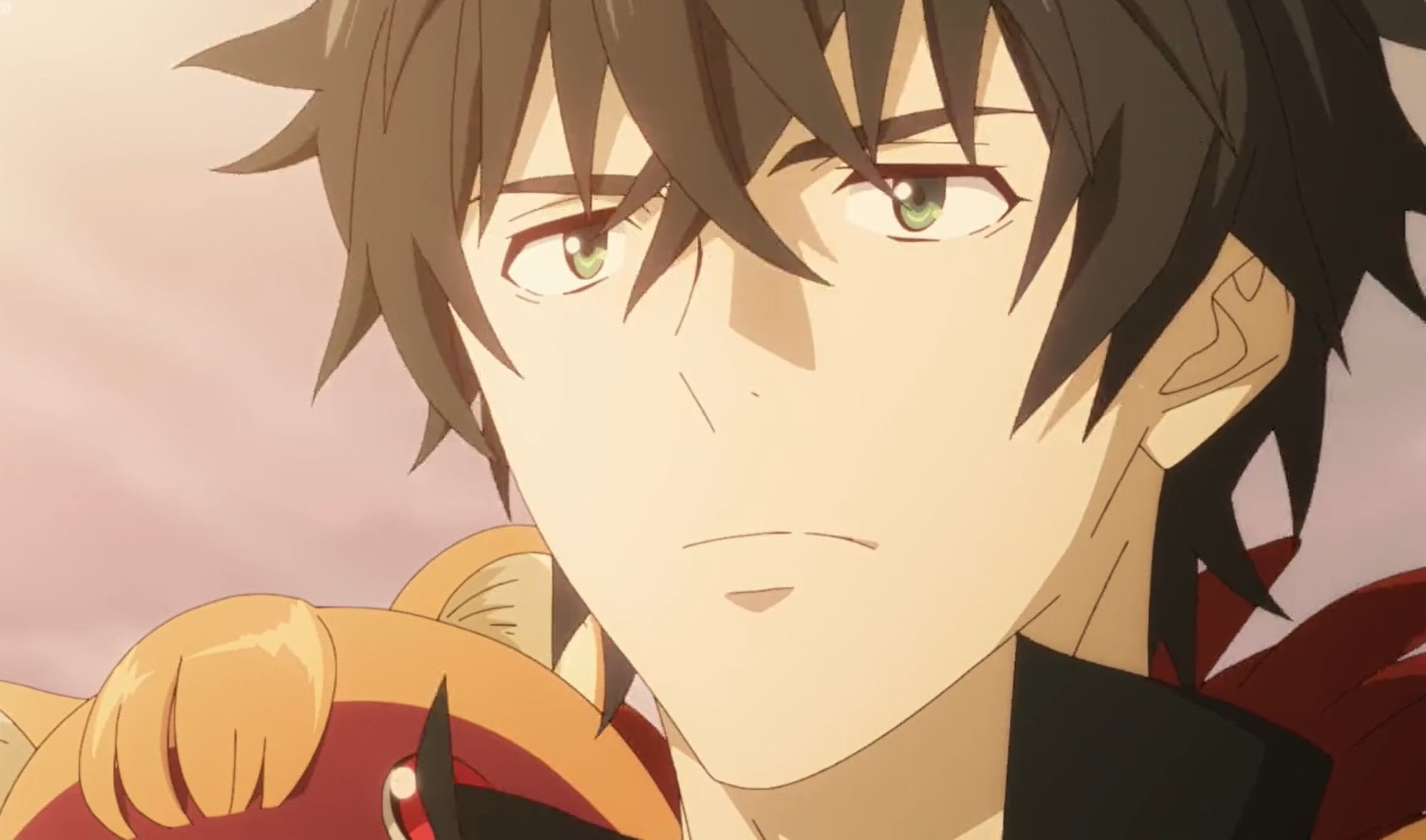 In the thirteenth episode of ‘The Rising of the Shield Hero‘ season 2, titled ‘Flowers Offered in Recollection,’ Naofumi and his company leave Melromac in pursuit of new adventures and to make the world a safer place. On their way, they stop at a lake for fishing when Filo starts missing Kizuna. Raphtalia can’t help but recall the time they spent with her, while Rishia also remembers the Hunting Hero. Here’s everything you need to know about the ending of ‘The Rising of the Shield Hero’ season 2 finale. SPOILERS AHEAD!!!

The Rising of the Shield Hero Season 2 Episode 13 Recap

After being rewarded by Mirelia for courageously fighting against the spirit Tortoise and ensuring the safety of the kingdom, Naofumi and his party decide to continue on their journey to explore the rest of the world. However, Rishia is concerned that leaving Keel-kun was probably not a good idea as she really wanted to join them in their misadventures. The Shield Hero reassures her that he has already discussed the same with Eclair and others who will make sure that she does not feel betrayed by them. 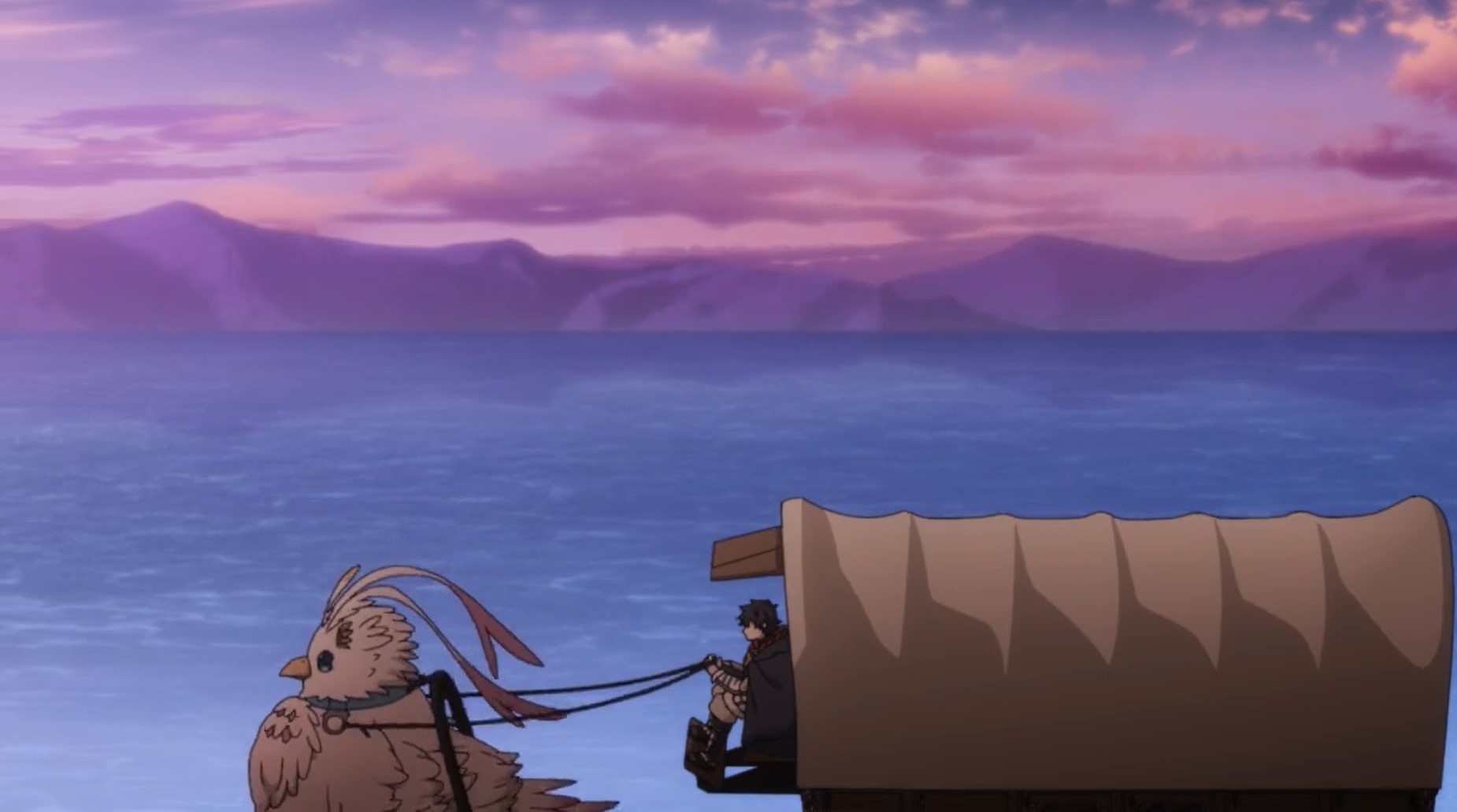 On their way, Naofumi and his party spot a beautiful lake and decide to spend some time there. While swimming in the water, Filo remembers Kizuna and expresses her desire to go meet the Hunting Hero. However, Naofumi reminds her that it is technically not possible as traveling between two different worlds is obviously beyond the scope of his abilities.

Mention of Kizuna’s name brings fond memories to Raphtalia’s mind, and she reminds Rishia of the time when all of them went shopping for clothes in Mikakage. Rishia can’t help but laugh along with Raphtalia while Naofumi cluelessly stares at them. It turns out that Raphtalia wanted to try new clothes at the weapons shop while the Shield Hero was looking for better equipment. As soon as Kizuna realizes this, she forces her to experiment with different clothing, including a warrior’s shield. 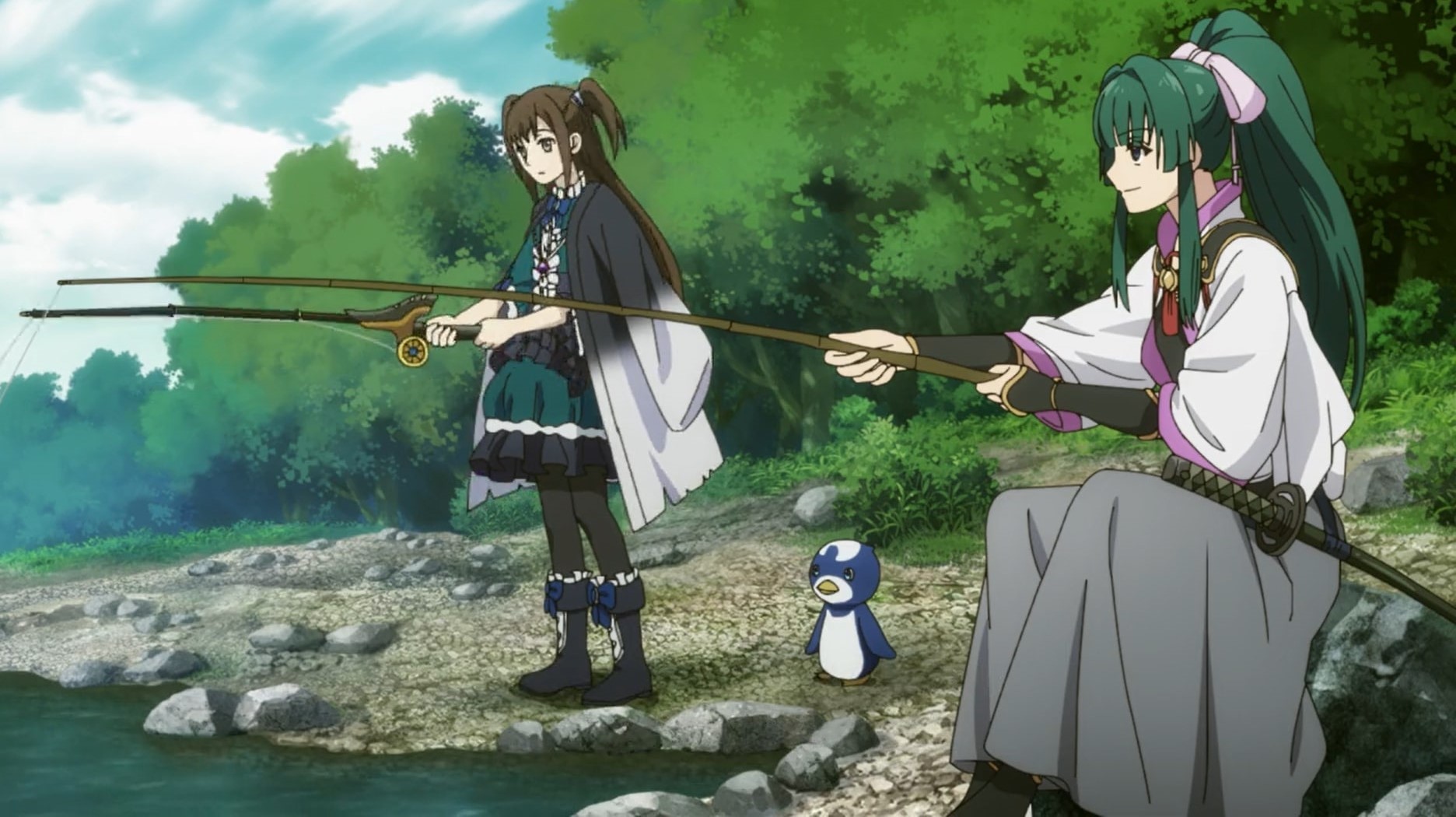 The two friends end up having a great time with the Hunting Hero, who leaves no stones unturned to entertain them. Rishia recalls that those moments really helped her bond with Kizuna. Later, she even went fishing with her. When they were alone, Rishia asked the Hunting Hero about the time she spent in the Infinite Labyrinth. Although Kizuna appeared reluctant, she slowly opened up about the time she spent there.

The Rising of the Shield Hero Season 2 Episode 13 Ending: Why Does Kizuna Want to Kill Herself in the Infinite Labyrinth?

After arriving in the Infinite Labyrinth, the Hunting Hero was naturally confused at first. However, it soon becomes evident that she was there alone. In her frustration, she started fighting with the mindless monsters there, but the fruitless exercise was not going to solve anything. One day, she managed to make a boat and decided to travel through the ocean, hoping to find a place inhabited by people.

Unfortunately, all her hopes were dashed when she reached a dead end. Kizuna later realizes that she is stuck in a prison-like world and tries to find a purpose in things around her. However, the thought of being stuck there for the rest of her life slowly begins to eat her from inside. As the years passed, Kizuna could not handle the emotional toll of the entire ordeal. 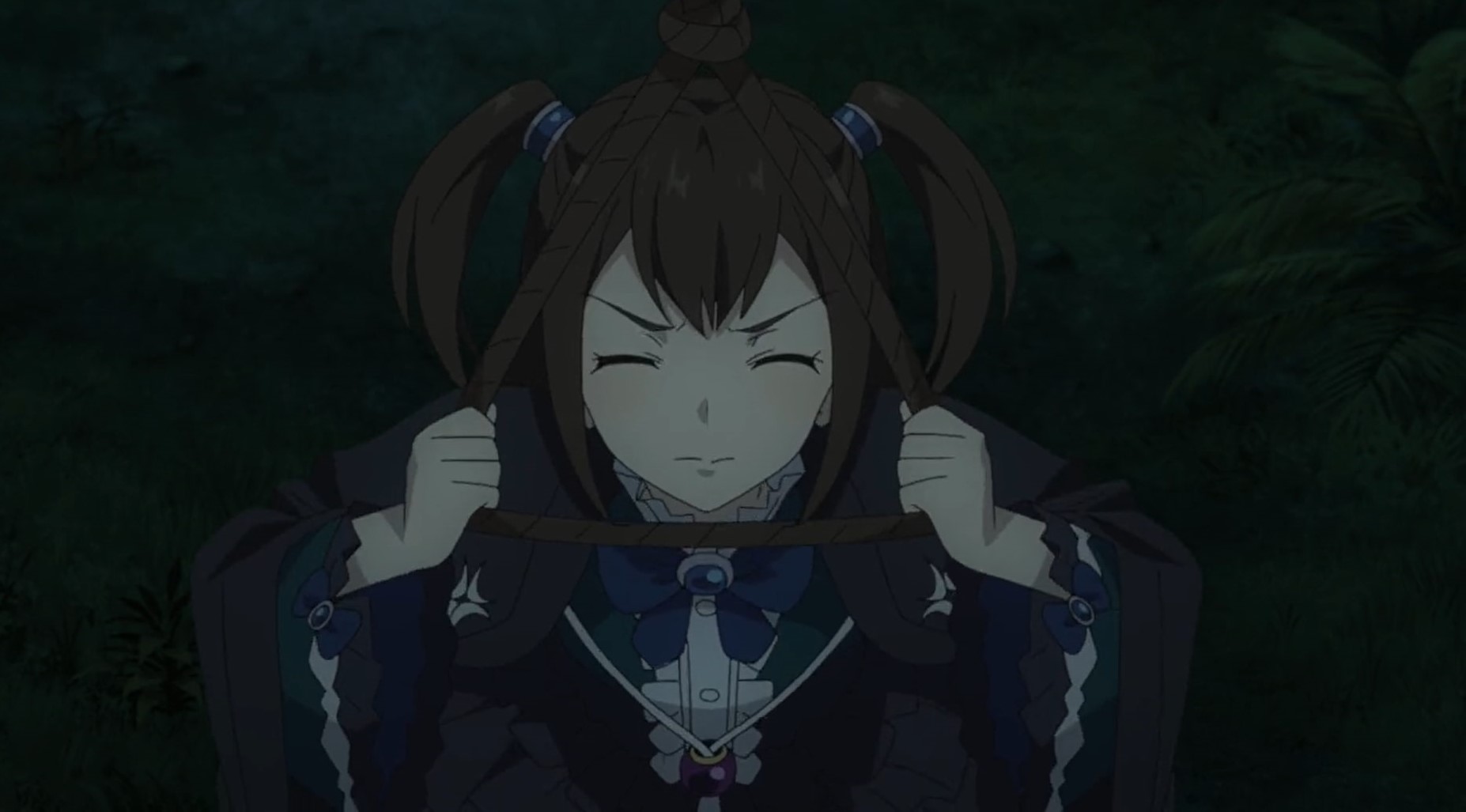 Therefore, one day she decides to hang herself to end her traumatic existence far away from her loved ones. Luckily, she changes her decision at the last moment. Sometime after that, she sees Naofumi and his party arrive there, which finally ends her solitary confinement in the Infinite Labyrinth. However, the Hunting Hero at the time is completely clueless that the Shield Hero will help her return to her own world and reunite with her friends.

How Does Naofumi and His Party Pay Homage to Ost?

Filo works hard to carry Naofumi, Rishia, and Raphtalia through the mountainous regions on their journey. When they finally reach the top, the Shield Hero remembers their friends Ost, who has sacrificed her own life to help them kill the Spirit Tortoise. Even though she knew that the death of her creator meant that she too would also fall along with him, Ost never flinched in making decisions that provided the Shield Hero and her allies any support in killing the monster.

Standing on the top of the hill, Naofumi toses a bouquet of flowers that he had brought along with him. He recalls Ost fondly and even goes on to say that he has come there for her. Rapthalia, Rishia, and Filo, along with the Shield Hero, close their eyes to pray for their friend, who always stood by them until her last breath. 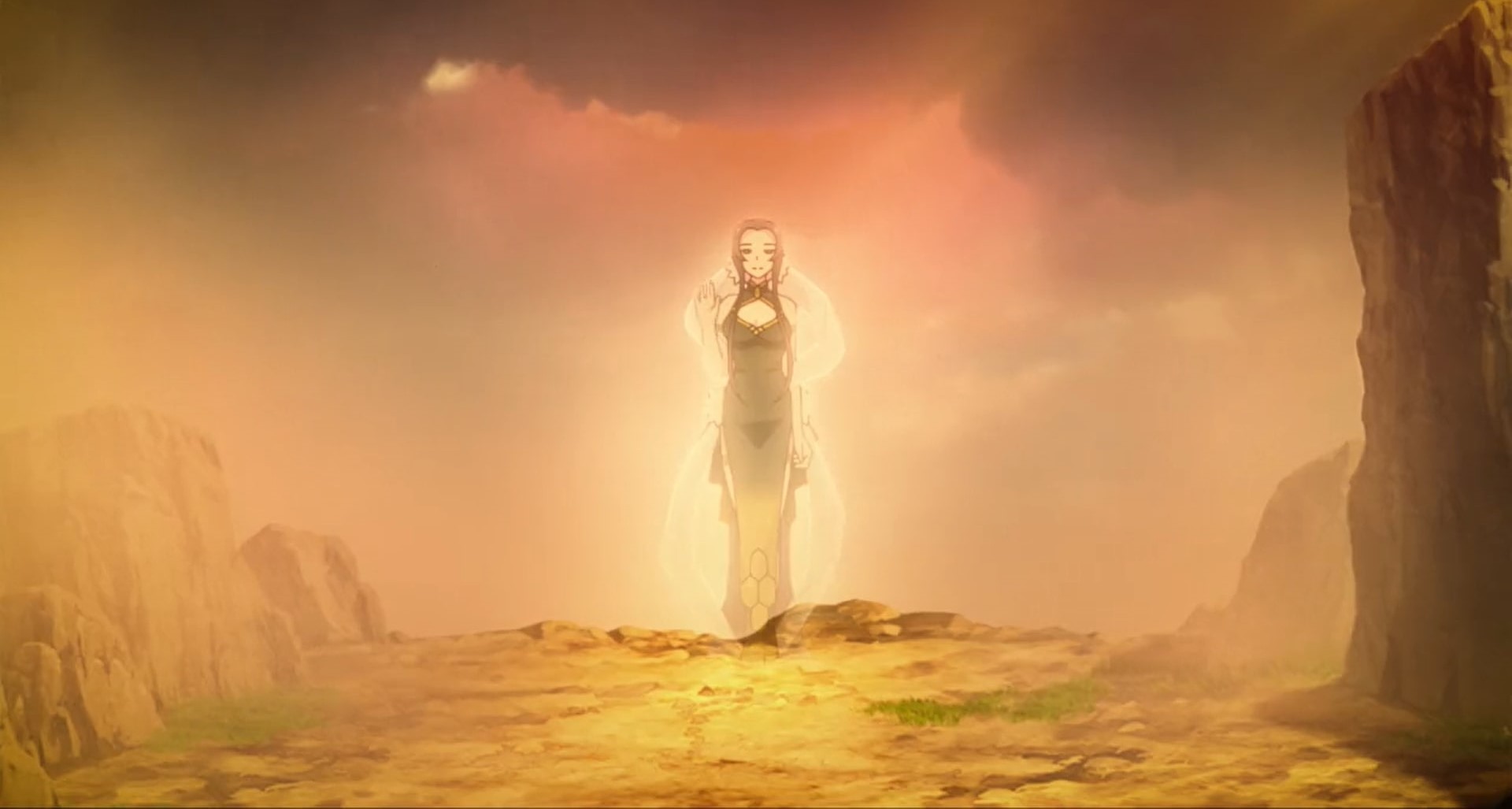 As they all walk back to the carriage, Naofumi turns out for one last time and is shocked to see Ost’s spirit waving back at him. She had also manifested during his fight with the Book Hero and offered him moral support. Therefore, Naofumi waves goodbye to his friend for one last time, keeping her sacrifices and her fond memories in his heart.