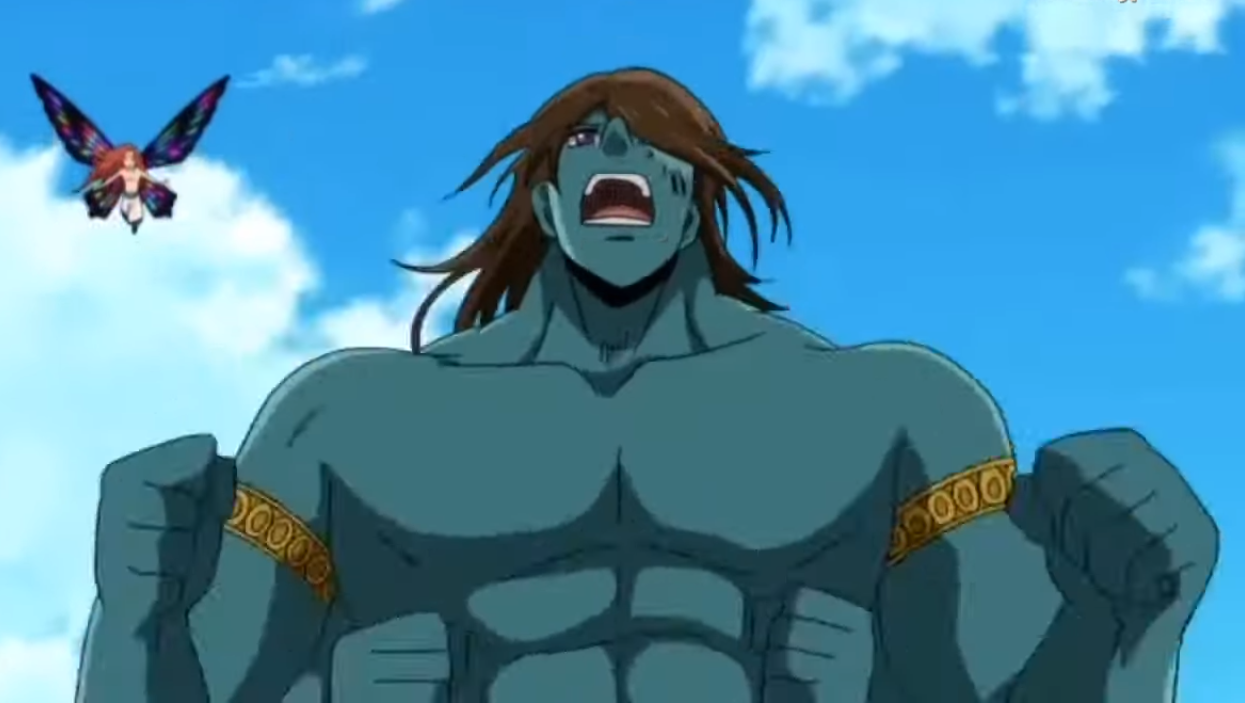 Season 4 of ‘The Seven Deadly Sins’ started off on a slightly disappointing note where the entire first episode was nothing but a filler that barely covered any new ground in context with the story. For the most part, even its animation seemed subpar in comparison to its previous seasons and not to mention, its unnecessary censorship of anything mildly violent just made the battle scenes less interesting.

But as I mentioned in my previous review, one episode is not enough to judge the entire season. My first impression of this season was not really on the positive side of the spectrum and though, defying the common opinion, I was really expecting Studio Deen to do a better job than A-1 Pictures, the first episode did make me question my own opinion. But moving further, I did expect the Studio to improvise and I was right about it. With Episode 2, it seems like the anime has drastically improved, especially in terms of animation. But even then, I feel that this season needs to address some of its evident flaws in its early stages itself.

The epilogue of episode one re-introduced us to the other two Sins, Diane and King, who had fled to the Elves’ Forest to be freed from the atrocities of the ten commandments. Episode 2 starts off exactly where the first one had left off and portrays the two characters in a hot spring where they experience an awkward fan-service moment. But soon their awkwardness fades away and a sense of gloom starts setting in as King begins to express his insecurity of not being strong enough. He really wants to grow up and just like the other Sins, he wishes to prove that he is worthy of being called “King”. In response to this, Diane consoles him and tells him that he must take it easy on himself. Getting carried away with the sentimental conversation, King forgets that he’s naked and to Diane’s dismay, he steps out in front of her only to realize that he has nothing on.

King and Diane seem to have no clue that Meliodas is very well alive and are both saddened when his memories return to haunt them. They presume that the ten commandments have probably taken over their lands and the world is being tormented by the rule of the Demon Clan. Little do they know that the other Sins have managed to defeat the ten commandments. While they still try to embrace their time in the safe confinements of the Fairy King Forests, everything suddenly changes when they are magically summoned to a ghastly cave-like place by Drole and Gloxinia. A furious battle ensues between the Sins and the Commandments but, for obvious reasons, King and Diane are brutally overpowered by their strong opponents.

But to their surprise, instead of killing them, Gloxinia uses the moon rose drops of life to heal their injuries. Drole then tells them how they ended up having a battle with the ten commandments and how they’re now against them. They tell them that they expect them to join forces and in return, they’ll also help them reach their true potential. Despite being aware of all the life-threatening dangers that could be involved in this, Diane and King unanimously accept the offer. But what lies ahead is something they could’ve never imagined in their wildest dreams.

Starting off with the story, the entire episode revolves around further exploring Diane’s and King’s character. It’s pleasant to see how this episode completely offsets itself from its predecessor by actually covering some ground in the plot. From the looks of it, it also seems like season 4 has started off with an interesting arc where instead of focusing on its overpowered characters, it is making an attempt to bring light on the journeys of two feeble unexplored characters.

There is a part where all the fairies of the forest begin to gather around and start dancing to some melodious jingles. But a very subtle contrast to this fades in as Miss Gerheade is haunted by her own past and the two Sins suddenly disappear. This scene, with its incredible heartfelt background score, can easily pull some heartstrings if you have been with the series for a while. But it soon comes to an end and the episode takes a bleaker tone.

This brings us to the action scenes and visuals of the episode. The battle between the two Sins and the overpowered Commandments is just mildly entertaining because, if we compare it with the previous seasons, something about its choreography seems off. Thankfully, the “white blood” and “dark spots” censorship has been removed for now which means that Studio Deen is really keeping its ears open to criticism.

Somewhere around the end of this episode Diane and King face the Commandment of Faith, Calmadias. Though they seem really terrified by the sight of the overpowered giant, in the next episode, we do have an intense battle to look forward to where the two of them will be forced to reach their true potential. Overall, episode two is far better than the first one and so far, even the story of this season seems to be going in the right direction, but the animation side of it could still certainly improve in a lot of ways.