What is The Sleepover Based on? 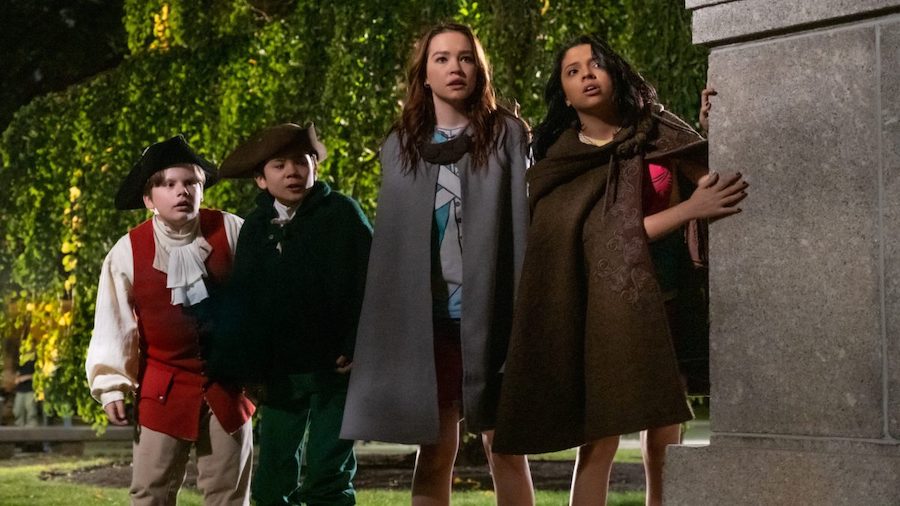 Netflix’s ‘The Sleepover’ follows the story of two children who discover a startling truth about their mother. Clancy and Kevin grew up with a loving but strict mom who never hesitated to pose restrictions on them for every little thing. One day, when two intruders break into their home and kidnap their parents, the children discover that their mother has a shady past, where even her name is not the real thing. This news changes their understanding of their mother, and in turn, they get a chance to prove to her that they are capable of taking care of themselves, no matter what happens.

The story takes many familiar but interesting turns, which makes us wonder if it is based on something that we have heard of before. Is it based on a true story? Is it based on a book? Here’s what you should know about ‘The Sleepover’.

Is The Sleepover based on a true story?

No, ‘The Sleepover’ is not based on a true story. It is based on an original script written by Sarah Rothschild and is directed by Trish Sie. The film takes inspiration from several action comedies that have come before it, but rather than a simple action thriller, the film focuses on the relationships between the characters. The most important part of the story is the mother-daughter relationship between Margot and Clancy. The writer and director added their own experiences into the mix, while Malin Akerman also related to the Margot-Clancy dynamic, thinking about her time as a teenager and how it had defined her relationship with her mother.

The theme of parenting and the secrets parents keep from children about their past also becomes an important theme in the story. It focuses on the differences that tend to arise between parents and children because they don’t share their own experiences with them. In playing with the characters, the cast tried to make it more relatable as we watch the progression in their relationship on the screen.

As for the young cast members, the actors tried to add their own quirks to the story. Sadie Stanley’s character Clancy has a complicated relationship with her mother and she is also insecure about performing publicly on the cello. In the portrayal of these fears and overcoming them, the actress relied on her experience with the learning of a musical instrument. Similarly, actors Cree Cicchino, who plays the role of Clancy’s best friend Mim, tried to bring a Latina twist to her character.

As for the details like the Crown of Duramuran and the pescatrici syndicate, these are completely imaginary. The Queen of Moldana, who becomes the victim of the robbery, is also not real. Moldana is not a real place, but does serve a reference to another imaginary world. Those familiar with ‘World of Warcraft’ might recognise it.