The Thing About Harry: Who is in it and Where is it Filmed? 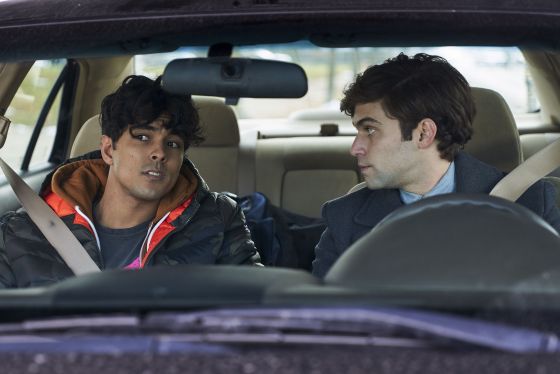 With ‘The Thing About Harry,’ Freeform entered the Valentine’s Day television movie space which had been previously dominated by Lifetime and Hallmark. The Disney-owned network has tackled the move rather inventively with the LGBTQ-themed rom-com.

Romantic comedies might seem like the most natural genre for LGBTQ stories. However, it has been largely dominated by heterosexual tales. Hence, producing an LGBTQ-themed story for Valentine’s Day was a win-win strategy for Freeform. In the age of inclusive representation, ‘The Thing About Harry’ scores additional brownie points. What’s more? It is a road trip movie!

The movie follows the characters, Sam and Harry who went to the same high school in Missouri. Sam is a smart, homosexual man who has been out of the closet for a long time. However, he faced a tough time in school because of his sexuality. In fact, Harry had been his biggest bully. However, Harry is now openly pansexual. A free-spirited soul, Harry likes to go with the flow. He is also the conventional commitment-phobe who subconsciously longs for stability and a stable connection.

As the two characters go on a road trip together, they *drum roll* start to fall for each other. The movie follows the progression of their relationship from former classmates to potential lovers.

The Thing About Harry Filming Locations

Many of you might be wondering where was ‘The Thing About Harry’ filmed. It is a road-trip movie. Hence, there is a high possibility that it might have been filmed at multiple places or on a state/national highway. Continue reading to find out about the actual filming location of ‘The Thing About Harry.’

‘The Thing About Harry’ has been entirely filmed in the city of Chicago, Illinois. The city boasts of a happening LGBTQ community and that is one of the reasons (according to local sources) that the movie’s makers decided to film it there.

Moreover, one of the other things that Paige likes about the city is the fact that it has an aesthetic that feels like a mixture of the urban and the midwestern. Sam and Harry’s characters were conceptualized to be quite mid-western and that would have certainly added to the movie’s choice of filming location.

The Thing About Harry Cast: Who is in it?

The American actor, Jake Borelli plays the character of Sam. The actor is known for his portrayal of Dr. Levi Schmitt on the long-running medical drama, ‘Grey’s Anatomy.’ Born in Columbus, Ohio, Borelli developed the acting bug quite early when he participated in several plays with the Columbus Children’s Theatre. He is also known for portraying Wolfgang on Nickelodeon’s superhero comedy series, ‘The Thundermans.’

On the other hand, Niko Terho plays the role of Harry, Sam’s former high school bully and now, potential love interest. Some of the projects that he has worked on previously include ‘Sno Babies,’ ‘Sweetbitter’ and ‘Howard.’

Apart from that, the TV movie’s director Peter Paige also stars in ‘The Thing About Harry.’ He plays a character named Casey. Moreover, Karamo Brown plays a character named Paul. Paul is shown to be a pretentious homosexual man. Meanwhile, Britt Baron will essay the role of Stasia, Sam’s best friend. Baron is known for starring in ‘GLOW.’