‘Den Osannolika Mördaren,’ known as ‘The Unlikely Murderer’ in English, is a Swedish crime drama series that revolves around the investigation of Sweden’s former Prime Minister Olof Palme’s murder which is one of the most perplexing cases in the country. It is based on Thomas Pettersson’s book of the same name and developed for television by Wilhelm Behrman and Niklas Rockström.

The series provides a fictional retelling of real events and covers the Swedish police’s investigation of the case along with the role of one probable suspect: Stig Engström. As the narrative progresses, we see the duality of Stig’s actions, and tension starts to mount as viewers are forced to confront the possibility that the witness in the case might actually be the perpetrator.

Amidst all the revelations and drama, it is easy to miss out on a few details that provide some clarification about the show’s shocking ending. However, you need not worry as we have all the answers you need. Here’s everything you need to know about the ending of ‘The Unlikely Murderer.’ SPOILERS AHEAD!

‘The Unlikely Murderer’ begins on the snowy night of February 28, 1986, in Stockholm. The then Prime Minister of Sweden, Olof Palme, is shot on the corner of a street. Stig Engström is present on the scene and promptly flees while hiding the revolver, he is holding. Moments later, many people gather around the crime scene, and the police arrive shortly afterward. Stig runs around the block and returns to his office building, utterly distraught by events he has seen. The Prime Minister is pronounced dead, and the investigation of the murder begins.

Arne Irvell, the Head of the National Homicide Unit, takes charge of the investigation only to learn that the public has tampered with the crime scene in the hours since the murder. Hans Holmér, then the Chief Constable of Stockholm County Police, takes over the investigation despite not being designated to do so. He forms a special investigation unit and leaves the most experienced detective, Irvell, out of the team.

The following day, Stig begins to present himself as one of the eyewitnesses in the case. He speaks to the media and receives a lot of attention from his friends and colleagues. Holmér’s investigation relies upon tips from citizens, but he is unable to identify a suspect. On the other hand, Irvell conducts his own investigation and identifies Stig as a suspect. Eventually, Irvell retires, and the police drop interest in Stig as a suspect. After a failed raid, Holmér is discharged from the Palme investigation.

In 1989, a suspect, Christer Pettersson is tried and convicted of Palme’s murder in an attempt to close the investigation. However, months later, Christer is acquitted of the charges, and the case remains open. Years later, Thomas Pettersson begins his research into the Palme murder. In hopes of solving the case, he takes up an interest in Stig’s claims and statements. Back in the 1990s, the interest in the case cools down, and Stig begins to fall into anonymity. Whether or not Thomas or the police uncover the murder mystery forms the rest of the plot.

The Unlikely Murderer Ending: Did Stig Engström Kill Palme? How Did He Do It?

In the years after Christer’s acquittal, many private investigators begin to poke holes in Stig’s story. The police investigation largely defected away from pursuing Stig as a suspect due to the lack of clarity over his actual whereabouts during the shooting. For the viewers, it is clear from the get-go that Stig is the one who shot Palme. The same is confirmed during the final moments when we see the actual act unfold before our eyes. However, even an experienced detective like Irvell is unable to deduce how exactly Stig managed to pull off the assassination. 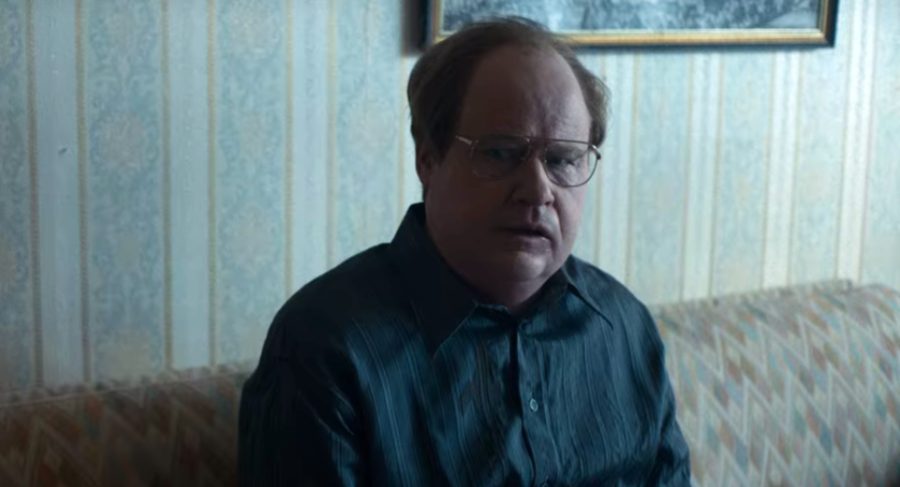 In the closing moments, the baffling accounts provided by Stig and the events witnessed by the bystanders on the night of the murder finally begin to make sense. On that night, Stig was working late in his office. He went out for dinner and found that the Palmes were at a theater nearby. Stig noticed their show timing and returned to his office. He took a gun stored in his office and went out sometime after 10:30 pm, through the back door without the office front desk or security guard noticing. Stig returned without going through with the act. He then checked out of the office through the front gate but ended up running into Palme and shot him dead.

Why Did Stig Kill Palme?

Although Stig is Palme’s killer, viewers must note that this is the show’s version of the actual events, and the real Stig was never proven guilty. The series depicts the hypothesis created by Thomas Pettersson. There are a number of loose ends in Thomas’ theory, such as the lack of clear motivation. The series delves into Stig’s past and provides a personal and political motive behind the assassination.

It is hinted that Stig wished to kill Palme as he saw the Prime Minister as a tyrant similar to the people who had oppressed him throughout his life. It is also implied that Stig loved recognition, and the act was an attempt to seek the approval of his friends who shared similar political ideologies to him. Ultimately, one might never find out what went on inside the psyche of the mild-mannered man. Therefore, Stig’s heinous crime appears even more tragic as one cannot help but understand the human sides of the man’s undoubtedly inhuman actions.

Is Stig Dead? How Did He Die?

In the 1990s, we see that the fame Stig achieved through the murder case begins to vanish. He experiences some financial issues and becomes an alcoholic. Stig’s life begins to fall apart after his wife, Margaret, divorces him. Stig eventually died by suicide in 2000. Although there is a lack of clear motive, Thomas is able to link the murder weapon to Stig. Plus, the prosecutor in charge of the investigation also arrives at the conclusion that Stig is possibly Palme’s killer. In the end, all of this proves futile as Stig has passed away years earlier.

Therefore, he cannot be prosecuted, and it is impossible to convict him even if his guilt were to be proven. Ultimately, The case is shut on these accounts. In the series, the conclusion at which the prosecutors arrive is accurate, but they are only some 20 years late. It is unclear whether Stig’s suicide resulted from the guilt of committing the murder or the deterioration of his life.

Stig is perceived as an insufferable person, whereas he feels constantly walked over by others. The act of murder was likely somehow supposed to elevate him in the eyes of others, but when that fails to materialize, he decides to end his life. In the last scene, we see Stig traveling home after the murder with a sense of achievement on his face, which credits this interpretation. However, when the recognition and validation from others fade, Stig begins to see himself as a failure. It is also likely that Stig’s guilt of committing the murder amplified these feelings, leading to his suicide.

How Could Have Petronella Saved Stig?

During his last conversation, Stig tells Petronella that she came close to saving him. It is revealed that she was present at the theater on the night of the murder. It is after seeing Petronella that Stig initially decides against shooting Palme. Petronella is one of the few people in Stig’s life who truly cares for him. Before his death, Stig calls his first wife and asks if he would’ve been a good father. Thus, it is hinted that having a child would have made Stig feel less like a failure in life. Moments later, his last conversation with Petronella takes place.

It is possible that Stig saw Petronella as a child figure and himself as an abject failure. He wanted to kill Palme to know if he was truly irredeemable. Petronella’s presence could have reminded Stig that he could still redeem himself. However, fate intervenes as Stig runs into Palme and kills him. Therefore, he tells Petronella that she almost saved him from the irredeemable act. This interpretation adds another layer to Stig’s motives and eventual suicide.