The Valet Ending, Explained: Who Does Antonio End Up With? 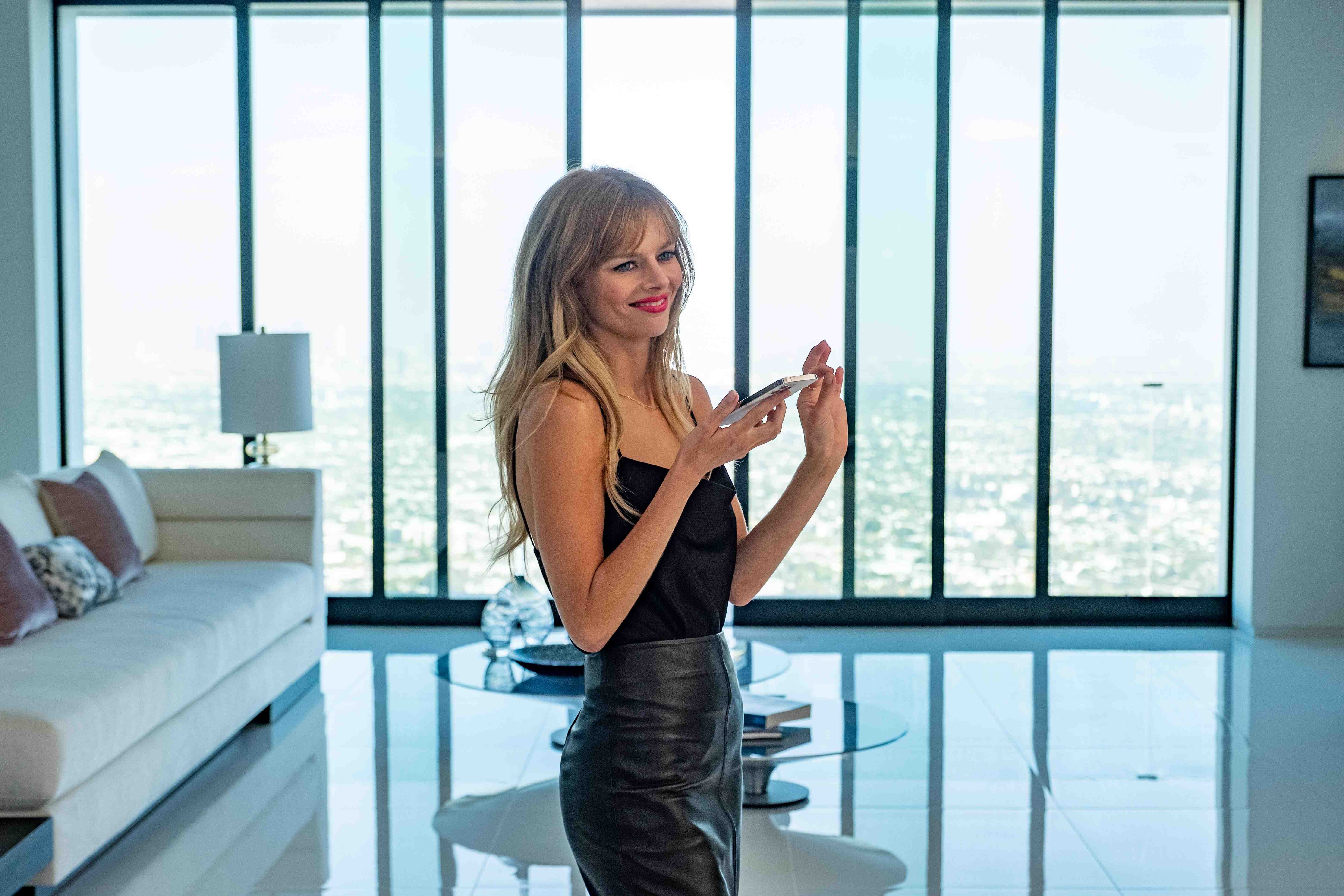 The English remake of the 2006 French movie of the same name (‘La doublure’), ‘The Valet’ is a romantic comedy film. It tells the story of the movie star Olivia Allan (Samara Weaving) and parking valet Antonio (Eugenio Derbez). Under normal circumstances, Antonio would have remained as one of the hundreds of people that Olivia encounters daily but never acknowledges. However, when Olivia is photographed along with her married lover, billionaire real-estate developer Vincent Royce (Max Greenfield) by the paparazzi, she agrees to pretend that she is in a relationship with the third person in the photo, who happens to be Antonio. As they spend time together, they both open up their respective worlds to each other. Here is everything you need to know about the ending of ‘The Valet.’ SPOILERS AHEAD.

Olivia Allan is one of the most famous movie stars in the world. She is currently working on an Amelia Earhart biopic. Despite her popularity, or perhaps because of it, she is troubled and lonely. Olivia hasn’t spoken to her family in some time, and all her friends are people on her payroll. She is in a secret relationship with Vincent, a married man. Olivia has made herself believe that Vincent will leave his wife Kathryn for her someday. However, a part of her knows that this will never happen. Between Kathryn and Kathryn’s father, they have enough power in Vincent’s business to remove him from his company.

Elsewhere in L.A., Antonio, his brother-in-law Benny (Amaury Nolasco), and their friends work as valets at a high-end Beverly Hills restaurant. Antonio has never wanted much in his life. We later learn that this was one of the reasons that his estranged wife Isabel left him. he lives out of his small apartment with his mother Cecilia (Carmen Salinas) and son. Isabel drops by one evening and reveals that she needs some money to pay off her debts. Although she doesn’t explicitly ask him for the money, Antonio is still very much in love with his wife and decides to find a way to get it for her.

The paths of Olivia and Antonio cross one fateful evening. After a fight with Vincent, Olivia tries to leave hastily. She calls a cab, and as she is about to enter, Antonio has an accident. By then, Vincent is also there, and the three of them are photographed together by the paparazzi. While Olivia fears this will be a PR nightmare, Vincent is afraid of Kathryn’s reaction. When Kathryn confronts him about this, Vincent blurts out that Olivia was there with the third person in the photo — Antonio. When Vincent tells his lawyer about this, the latter suggests that they should use it. The lawyer then reaches out to Antonio, who agrees under one condition — they will pay him the exact amount of money that Isabel needs to pay off her debt.

The Valet Ending: Who Does Antonio End Up with — Olivia, Isabel, or Natalie?

Right from the beginning, Antonio struggles to adapt to his new circumstances. He correctly feels that a world he barely knew existed has opened itself up to him. Antonio’s family is even more flabbergasted. They have known that Antonio is a kind man and a loving father but can’t figure out how he has suddenly become charming enough to draw the interest of a movie star.

A new world opens up for Olivia as well, and this one is filled with kindness and unconditional love. After she becomes particularly drunk at a party, Antonio takes her to his home and lets her have his bed while he sleeps on the chair. The following morning, Olivia is introduced to the family members, who welcome her with open arms.

When Isabel learns that a movie star is interested in her very ordinary and mellow husband, she becomes jealous, even though she is also dating someone else. In her mind, it becomes a competition. She kisses Antonio, and to ease her mind, he reveals why he and Olivia are together. Almost predictably, Isabel loses all interest in Antonio. She tells him that she can’t be with a man who doesn’t have any ambition.

Meanwhile, Vincent comes to believe erroneously that Olivia has slept with Antonio. The reality is that the relationship between Antonio and Olivia doesn’t involve romance or sex. In Antonio and his family, Olivia finds the very thing she has been searching for — a sense of belonging.

Natalie is the owner of the bicycle repair and seller shop Antonio frequents. Like him, Natalie is a single parent. She nearly loses her store to Vincent’s company. However, after his arrest, Kathryn presumably takes over the company and cancels the gentrification plan for Antonio’s neighborhood. As the film ends, Antonio and Natalie begin dating.

Antonio’s relationship with Isabel becomes normal as well, especially after Cecilia’s passing. He and Olivia earlier had a falling out. In the film’s climactic scene, Antonio finds Olivia on the set of her next movie, and they reconcile. The final scene involves the two of them bickering at a restaurant.