The Wheel of Time Episode 5 Recap and Ending, Explained

‘The Wheel of Time’ episode 5, titled ‘Blood Calls Blood,’ finds each of the central characters forced to confront ominous hurdles, and the five youngsters picked out by Moiraine begin to show signs of their powers. We also get a glimpse of the all-powerful White Tower of the Aes Sedai and the serpentine politics that go on within. Tragedy and darkness abound, and it feels like the story is leading up to a significant plot point. In the meantime, let’s take another look at ‘The Wheel of Time’ episode 5 and make sure we’ve picked up all its crucial turns. SPOILERS AHEAD.

The Wheel of Time Episode 5 Recap

Episode 5 opens with Perrin and Egwene continuing their journey with the Tinkers. However, they are soon intercepted by a band of Whitecloaks led by Eamon Valda and taken hostage. Despite Egwene’s pleas, the brutal Whitecloak insists that she is a magic channeller and begins to torture Perrin, promising to stop only when she reveals her powers. 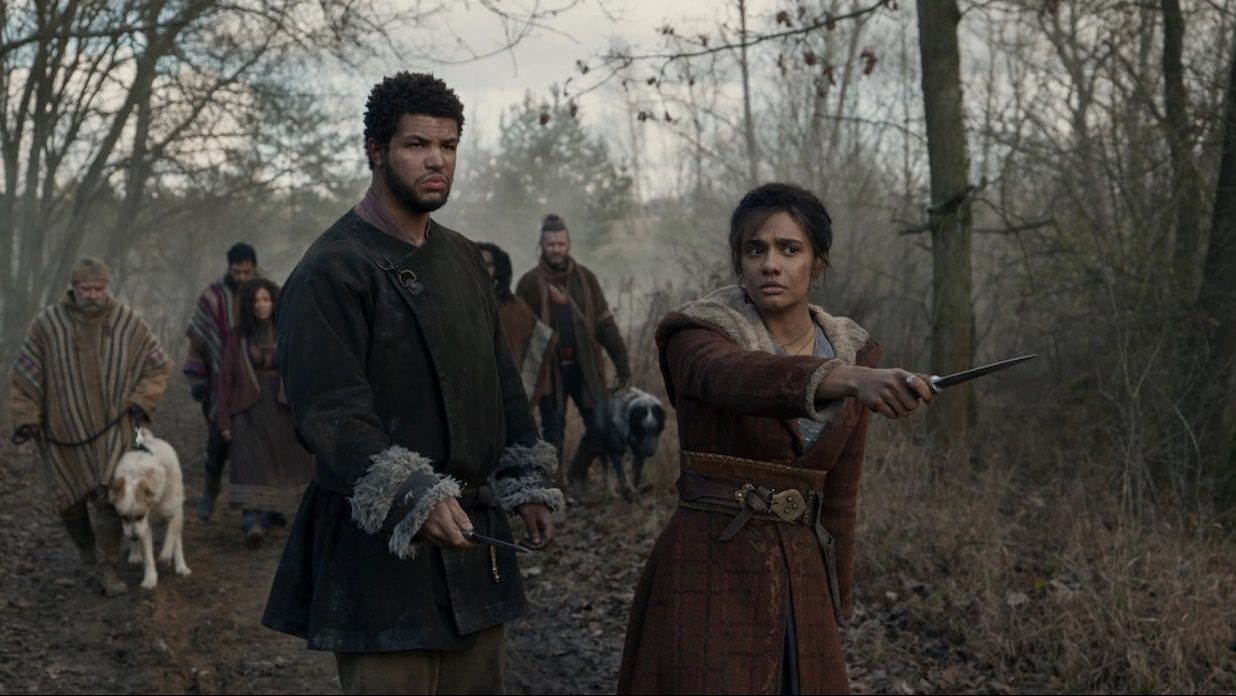 Meanwhile, Rand and Mat arrive in the city of Tar Valon and find a place to rest before heading to the White Tower. While Mat lingers on the horrific recent incidents, Rand encounters a strange creature that resembles a trolloc but turns out to be a gentle and learned Ogier. The Ogier, through his own resourceful means, then finds Nynaeve at the White Tower and brings her to meet Rand and Mat.

When she sees the latter, Nynaeve is shocked and promises to come back regularly and care for the ailing Mat while they wait for Perrin and Egwene to arrive at Tar Valon. Back in the White Tower, Nynaeve watches with growing suspicion as the politics unfold and each of the Ajahs tries to get her to join them.

The Wheel of Time Episode 5 Ending: How Does Stepin Die? Who was His Aes Sedai?

Episode 5 closes on a tragic note, and things at the White Tower are interrupted by the sudden death of the warder and Lan’s close friend, Stepin. In the closing scenes, the members of the Aes Sedai collectively mourn the death of their brother, and Lan screams inconsolably while Moiraine looks on tearfully. 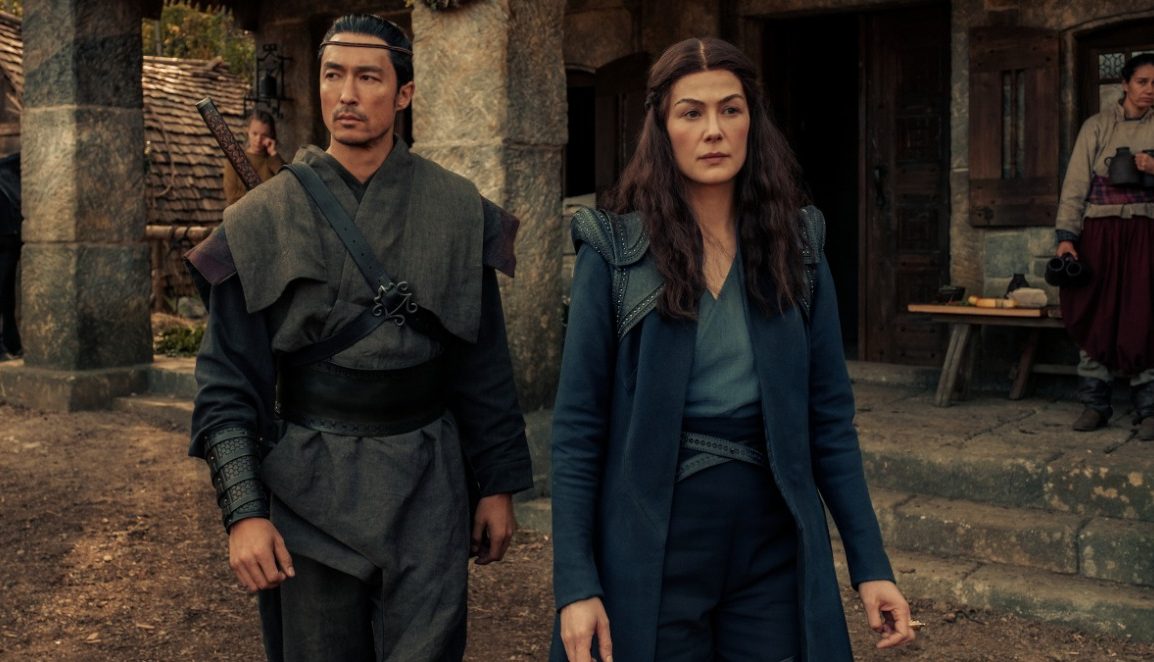 Stepin’s death is an unexpected blow to the Aes Sedai, who are already reeling from the death of Kerene at the hands of the False Dragon. It is all the more tragic because, from the way his death is discovered, it is clear that he committed suicide. Burdened with guilt and remorse for the death of his Aes Sedai charge, Stepin decides to end it all.

Though a warder can bond with another Aes Sedai member, Stepin obviously does not see himself doing that. He describes how Kerene helped give him a purpose when he first met her as an angry young man and credits her for making him the warrior he is. Thus, Stepin dies at his own hand and wish, broken after the death of Kerene.

Eamon Valda continues to viciously torture Perrin in order to force Egwene to reveal her powers. When she finally begins to channel her magic, the Whitecloak becomes distracted and takes his attention away from the bleeding Perrin. However, a feral growl then emanates from the young man, and Eamon is shocked to see Perrin suddenly become viciously strong and tear off his restraints even as his eyes turn a glowing yellow.

The Whitecloak doesn’t notice Egwene, who comes up behind him and stabs him in the shoulder. Though Eamon collapses, it seems like he is not fatally wounded. Due to a commotion that then breaks out in the camp, Perrin and Egwene are forced to leave, and we don’t get to see Eamon’s fate. However, there is a good chance that he is still alive.

Is Perrin the Dragon Reborn? What is His Connection with Wolves?

Perrin seems to be channeling an energy that attracts wolves to him, which is why the animals have been following him and Egwene ever since they escaped the Dead City. Now, pushed to the limits by the torture meted out by Eamon Valda, Perrin’s latent instincts seem to come out. Though his powers remain to be seen, Perrin appears to have the strength and instincts of a superhuman wolf. Considering even Eamon cannot decipher what kind of creature Perrin is, it is almost certain that he is not the Dragon Reborn, but a different kind of powerful being.