The Wolfpack: Where Are They Now? 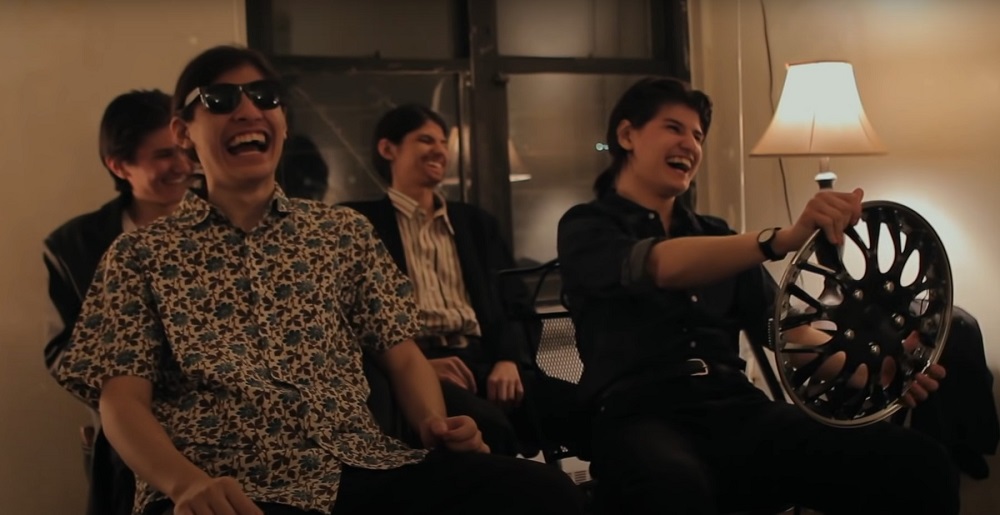 Directed by Crystal Moselle, ‘The Wolfpack’ is an engaging 2015 documentary about the seven Angulo siblings. Having been restricted to their home for almost fourteen years, the family members only learned about the outside world through movies until one of the brothers broke the rules and stepped out. The documentary presents their courageous story and captivating journey beautifully, making fans fall in love with them. With over seven years since the movie first premiered, the public cannot help but wonder about the current whereabouts of people featured in the story, and we are here to explore the same!

Where is Mukunda Angulo Now?

Starting off the list is none other than Mukunda Angulo, whose decision to walk around the neighborhood on his own paved the path to freedom for himself and his family. Since his appearance in the 2015 documentary, he seems to have developed a taste for the entertainment industry. In fact, Mukunda is quite stoked about the premiere of his recent project, ‘Subject.’ Additionally, he has appeared in various capacities in productions like ‘Sophia’ and ‘C’mon C’mon.’ As of writing, Mukunda does not seem to be in a relationship but is enjoying life to the fullest and using his artistic skills to their full potential.

Where is Narayana Angulo Now?

Narayana Angulo, the twin to Govinda Angulo, now goes by the name of Josef Kuehn Reisenbichler and presently lives in Brooklyn, New York. His interest in the film industry has certainly not gone away as he works as a Production Assistant, Lighting Assistant, Costume Assistant, and Swing for Vice, Student Films, David Foote Studios. Additionally, he is a Marketing Intern at Wow.

Before this, Josef also worked at BAM Film and Metrograph. His work within the industry seems to be growing daily by leaps and bounds, and the artist is hopeful about leaving his mark on the world. He also seems quite passionate about environmental advocacy.

Where is Bhagavan Angulo Now?

Not only is Bhagavan a Jivamukti Yoga Teacher, he is also a hip-hop dancer. 12:30 Spiritual Warrior & 2pm Jivamukti Yoga Open Class Tuesday pic.twitter.com/IeYccReH4N

Moving on to the oldest of the brothers, we have Bhagavan Angulo. Since his time on the big screen, he seems to have dedicated himself to dance and has achieved much in the field of his choice over the years. Presently, Bhagavan is a Corps Dancer and an Instructor for H+, an NGO dedicated to preserving hip-hop dance culture.

Additionally, Bhagavan is a Demi-Soloist and a Props Master for Theatre Of ThE Mind (TOTEM), a production company under the umbrella of H+. In fact, he has been affiliated with the organization since January 2013. Apart from dance, Bhagavan seems dedicated to Yoga and has even imparted his knowledge about the same to others.

Where is Jagadisa Angulo Now?

Like his brother Josef, Jagadisa Angulo has changed his name and now goes by Eddie Vaughan Reisenbichler. The youngest of the six brothers seemingly prefers to keep his life private. We do believe that he remains close to his siblings and mother. His new name combines his admiration for the 80s rocker and his mother’s maiden name. Like many of his siblings, Eddie is active in the arts and growing daily as a musician.

Where is Krsna Angulo Now?

Next, we have Krsna Angulo, who has also changed his name. As of writing, he is known as Glenn Hugues Reisenbichler, which has similar origins to Eddie’s. The two brothers have a lot in common, as they share a passion for music. Though Glenn likes to keep the details of his private life under wraps, we believe he is pretty content and enjoying life to the fullest.

Where is Govinda Angulo Now?

The sixth Angulo brother is Govinda Angulo, a twin to Josef Reisenbichler. Based in New York, he is a part of the entertainment industry and is heavily interested in filmmaking. He has been part of the camera and electrical department of many well-known projects, including ‘Christmas with You‘ and ‘Betty.’ Like his siblings, Govinda shares a strong connection with his family and is eager to impact the world with his work. Besides, he is passionate about different social issues and often uses social media to voice his thoughts on topics like racism.

#JusticeforFloyd means ensuring these four fired officers never become officers ever again. @HennepinAtty must charge them with murder. @MayorFrey must block their pensions and ban them from becoming cops again. Txt 'FLOYD' to 55156.

Where is Visnu Angulo Now?

As of writing, Visnu Angulo seems to be thriving in her life. Eldest among all her siblings, the young woman may not have her own social media profile, but she often features in her mother’s feed. Visnu seems incredibly close to her mother and adores her brothers with all her heart. At a young age, she was diagnosed with Turner syndrome. However, Visnu has not let the genetic condition negatively affect her life.

Where is Susanne Angulo Now?

Even as far back as 2015, Susan Angulo stopped using her husband’s last name and reclaimed her maiden name instead. Now known as Susanne Reisenbichler, the mother of seven is based in New York City and is a massive advocate for women’s rights. Given her traumatic marriage, she strives to help as many people as possible who may be going through something similar. She also serves as a home educator for the NYC Department of Education.

Susanne has reportedly split from Oscar Angulo and seems close to her seven children, who also adore their mother. “My husband is no longer living at the apartment, and there was a big celebration for that. And I am still, little by little continuing to work on a memoir of my life and my time with my children. And I’m also in the middle of working on some children’s books,” Reisenbichler shared with ABC in 2018 while talking about her then-estranged husband. She also likes to spend time with her other loved ones, including her brother and his family.

Where is Oscar Angulo Now?

Originally from Peru, Oscar Angulo is the father of the Angulo siblings and once a partner to Susanne Reisenbichler. For nearly fourteen years, the Hare Krishna follower kept his family trapped in a house and had the only key to the house to himself. This stopped in 2010 when Mukunda Angulo decided to step out, giving his brothers the confidence to do the same.

At the time of the documentary’s release, Oscar was seemingly still living with his then-wife and some of his children. However, as of 2018, he was no longer in a relationship with Susanne and had left the house he once called home. The former tour guide was once known to be active in the music industry though his current whereabouts are unfortunately unknown.

Read More: Master Chef 6: Where Are They Now?