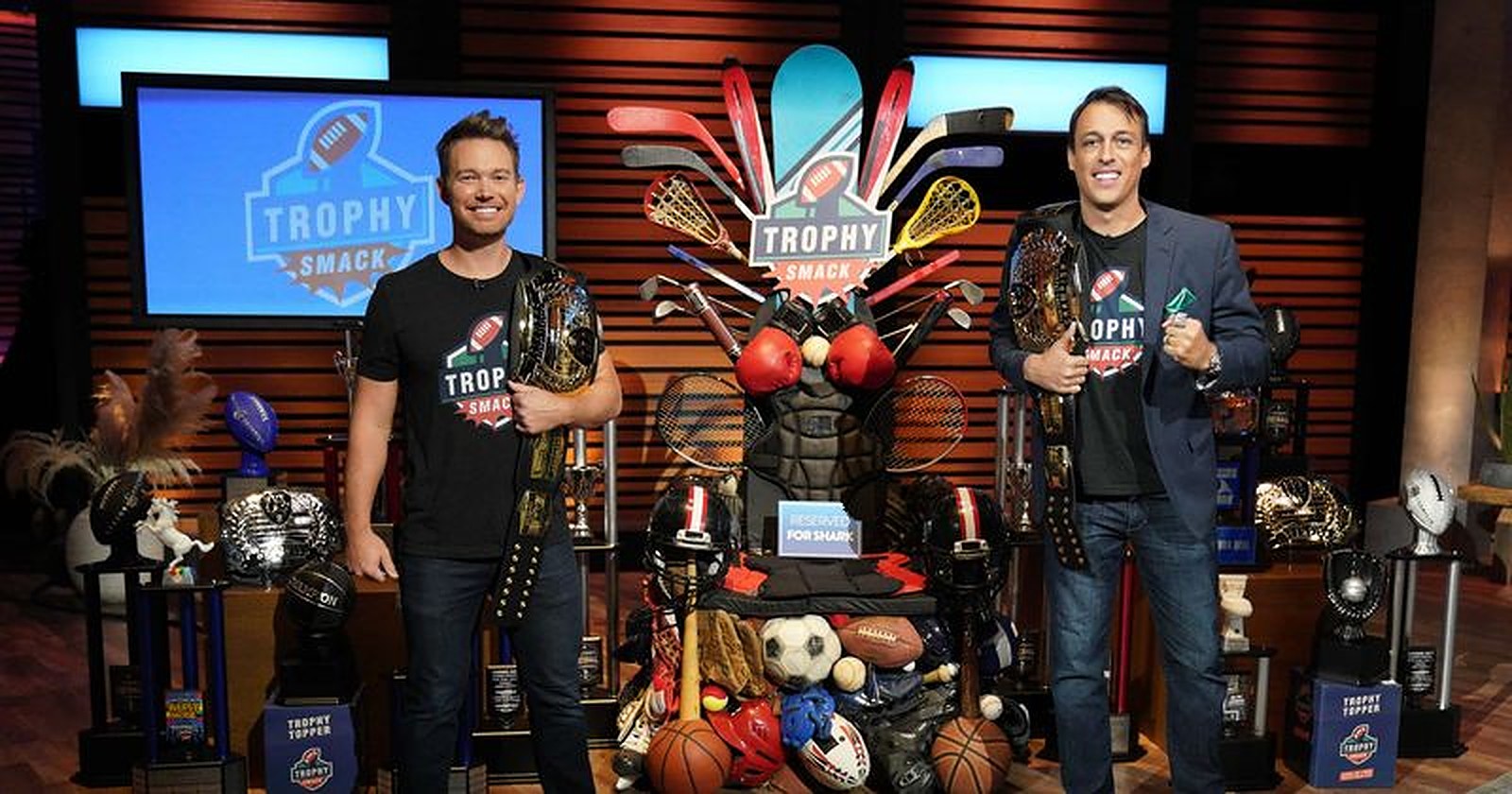 In season 12 episode 9 of the business-oriented reality TV series ‘Shark Tank,‘ the founders of Trophy Smack — Matt Walsh and Dax Holt — showcased their customizable fantasy sports awards manufacturing business to a panel of successful investors AKA Sharks. The duo made presentations based on their product, company valuation, and business model to impress the Sharks and win lucrative investment deals to materialize their entrepreneurial plans.

Matt Walsh and Dax Holt’s unique company garnered the interest of many viewers, who may be wondering about their journey and current standing. Well, fret not, for we have traced the company’s growth since their appearance on the show. Let’s find out then, shall we?

Trophy Smack: Who Are They and What Do They Do?

Trophy Smack caters to the passion of fantasy sports league players around the world. Founded in January 2018 by Matt Walsh and Dax Holt, the company manufactures customized trophies, belts, draft boards, tattoos, and rings for fantasy football, baseball, basketball, and soccer. Matt is an entrepreneur based in Orange, California, who has over 15 years of experience in developing and monetizing value-added solutions, as well as more than 10 years of experience in supply chains and logistics.

Furthermore, he has successfully founded and exited four startups, along with running three e-commerce stores. Meanwhile, Dax Holt is a renowned entertainment reporter and TV host who was a ‘TMZ on TV’ correspondent for more than a decade. The seeds for the company were sown in 2016 when Matt joined Dax’s fantasy football league through their friend circle. After he reached the finals, he decided to buy a grand 6-ft tall trophy for himself but was surprised to see less than ordinary and similar-looking trophies online.

Upon realizing that no such product existed, Matt reached out to Dax, and they discussed the idea to start their own business of creating customized trophies for fantasy sports leagues — that’s how Trophy Smack was born. After hours of ideation and design, Dax started from scratch in his own garage by personally testing engravers on trophy bits.

Trophy Smack offers an array of sports accessories like winners and losers trophies, championship belts, tattoos, and player draft boards online. Each trophy has a top-quality swap top customized as per the client’s needs, 26″-56″ sizes, and four anodized metal column colors. In addition, more than 1,000 custom combinations can be created in the products, which makes them a hit with fantasy sports fans.

Trophy Smack: Where Are They Now?

After winning the Fantasy Sports Trade Association’s Elevator Pitch Competition in 2018, Matt and Dax started the company with an initial investment of $60,000 and launched their products online on the website. The inventory sold out just in three weeks, after which they went on to invest a total of $250,000 and reduced the assembly time for the trophies by 90%. Within the first year itself, Trophy Smack reportedly generated $850,000 in sales and made a $200,000 profit, which increased exponentially in 2019, with $1.9 million in sales and a $755,000 profit, as per reports.

Opening Day! Baseball is back baby!

Still feel like you're missing something? Make your league elite by adding one of these sexy trophies to the mix.

In June 2019, the duo submitted their pitch for ‘Shark Tank,’ By the time they appeared on the show, Trophy Smack also had an estimated $650,000 in sales through July 2020 in its records. Apart from this, they also manufactured the trophies for the AGBO Superhero Fantasy Football League in December 2020, a charity event with Marvel stars hosted by Anthony and Joseph Russo.

Coming back to the show, Matt and Dax were able to impress shark Mark Cuban, who owns the NBA Dallas Mavericks sports team, and won a $600,000 deal with him for 17% equity. Since then, there has been no slowing down for Trophy Smack. With things resuming pace after the removal of COVID-19 pandemic restrictions, sales have seen a massive boom. In early 2021, the company launched a new product line and a web-based designer tool that enables customers to design their own championship rings from scratch.

Furthermore, Trophy Smack now caters to other genres outside fantasy sports, such as wedding gifts, corporate awards, and unique customized gifts for loved ones, both in bulk and individual pieces. Later, they also launched a customizable championship belt with one solid metal front plate and four side plates, all engraved per the client’s requirements. Currently, Trophy Smack products are available on the official website and Amazon. Shipping is free within the US, but standard charges apply for other countries.

Trophy Smack regularly updates the customers through their Instagram, Twitter, LinkedIn, and Facebook pages and frequently holds contests with exciting prizes. Standard football trophies range between $59 and $179, depending upon the color and size, while customized engravings cost between $13 and $35. The trophy toppers start at $15 and go up to more than $129, depending upon the design and features. You can also get a variety of rings under $100 and championship belts between $149 and $299. With its steady growth and economic business model, Trophy Smack is expected to increase its profit and reach two-fold soon.