Update on Buckle Me Baby Coats From Shark Tank

ABC’s ‘Shark Tank‘ is one of the most unique reality shows on our television screens right now – providing us not only entertainment and information about new products but also schooling us in the ways of the business world. Here, amateur entrepreneurs pitch their business models to a panel of investors, aptly named Sharks, in the hopes of persuading them to invest in their ideas.

However, because the reality of the market is harsh, and more importantly, the Sharks are not that easy to impress, the entrepreneurs need to be prepared to walk away empty-handed. Yet, hoping to overcome all obstacles, as seen in season 12 episode 7, is Dahlia Rizk with Buckle Me Baby Coats.

Buckle Me Baby Coats: Who Are They and What Do They Do? 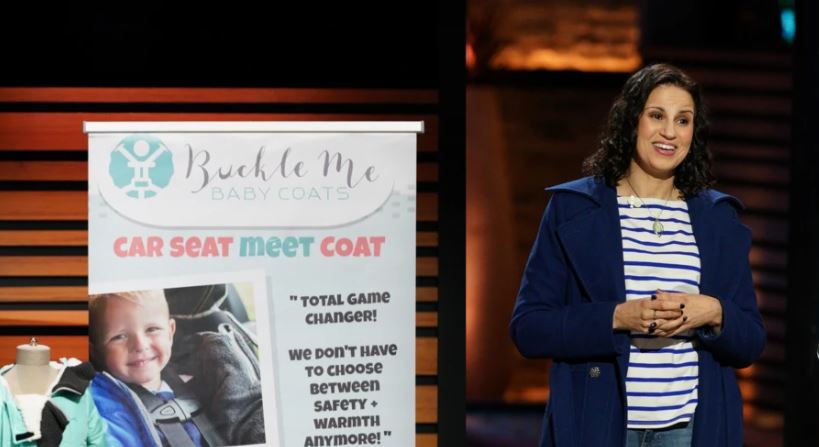 Buckle Me Baby Coats is a Londonderry, New Hampshire-based company that started when Dahlia Rizk, a mother herself, realized that there was no way she could safely secure her kids into their car seats with their puffy winter coats on. Being no stranger to the unrelenting cold winds, she also wanted her children to stay toasty, which, of course, became a dilemma. Initially, Dahlia visited various coat manufacturers, asking them if they could make a few seat-safe jackets for her. But when they refused, she decided to tackle the problem head-on herself.

Dahlia got her business up and running thanks to a successful Kickstarter campaign that raised a little more than $6,000 back in March 2017. And with that money, she found a way to design a coat that was as warm as a traditional winter coat, but without the extra snugness that tended to throw kids off of their car seats. With Buckle Me Baby Coats, Dahlia strives to adhere to expert warmth recommendations “while avoiding parking lot meltdowns.” Plus, her company follows the guidelines provided by the NHTSA and the American Academy of Pediatrics.

Buckle Me Baby Coats: Where Are They Now? 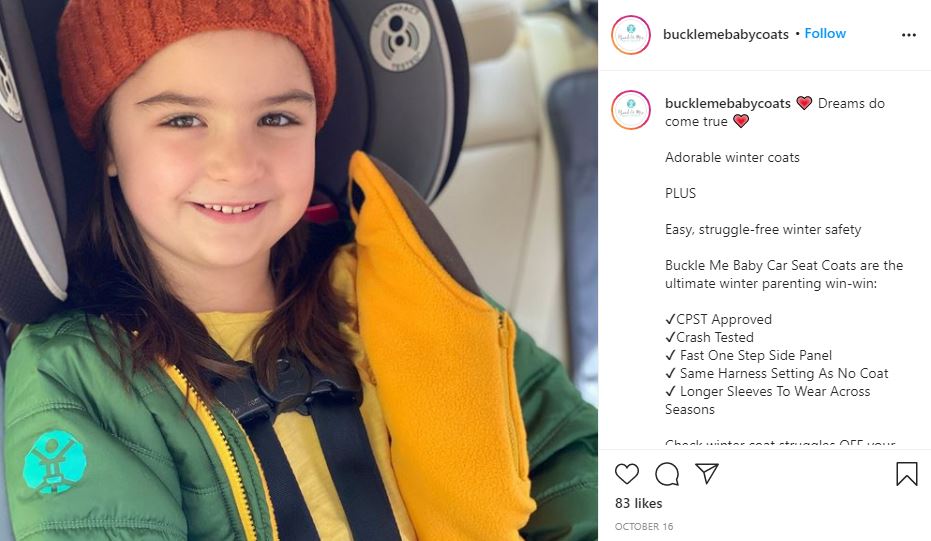 By placing the zipper on the side and having a heavier insulation in the front rather than the back, Buckle Me Baby Coats allows the seat belt harness to pass over the shoulder and chest of a kid in the usual setting itself – meaning safety with no extra fuss. These coats are also designed in a way that they can be easily worn at home and outside. Moreover, Dahlia acknowledges that rapid growth spurts can often render a coat useless after a single season, so she deliberately keeps the sleeves of her coats longer than necessary for extended wear.

Dahlia and her business offer a $20 coupon when you trade up from a “gently used” Buckle Me Baby Coat to a new one. But the best part is that she donates the old ones to different children’s charities near her area. Buckle Me Baby Coats started with an idea in Dahlia’s house, but now she has a warehouse, a website, and a market, thanks to her products being available on Amazon. These coats range between $69.99 and $149.99, but you have the benefit of getting one shipped to you with just a 25% down payment with no credit check and no interest. 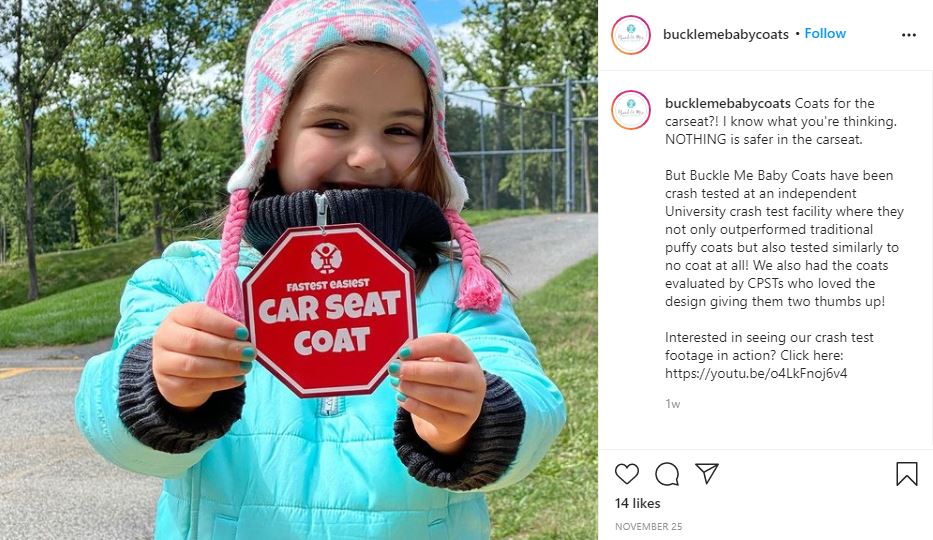 Accessories like knit hats, t-shirts, escape safety tools, and touchless door openers are also available on the company website. And now, to continue on with the mission to provide child safety even in the coldest of months, Dahlia Rizk is looking to broader Buckle Me Baby Coats’ distribution.