Update on TrophySmack From Shark Tank 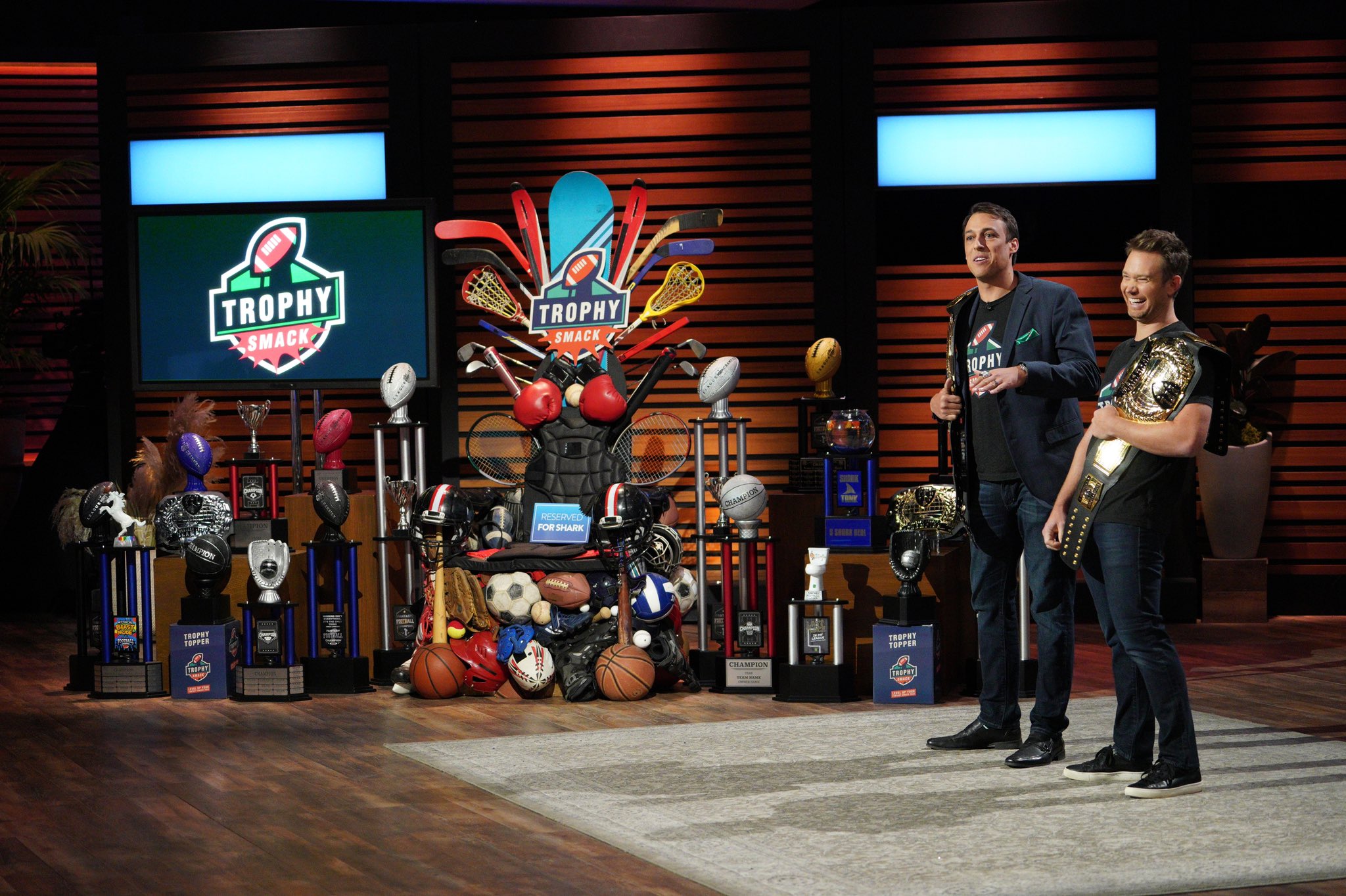 Reality television shows came into being mainly to entertain, but some took center stage for purposes higher than that. ‘Shark Tank’ is one such series that aims to give fledgling entrepreneurs a platform to pitch their ingenious ideas to a panel of business magnates. Since the premiere of its debut season on August 9, 2009, hundreds of such businesspersons have been backed up by solid investments. With the ever-growing popularity of fantasy sports, popped up the dire need to hand out “cool” trophies, and we are here to follow the growth of one of the first companies which came up with this unique idea – TrophySmack!

TrophySmack: Who Are They and What Do They Do?

The founders of TrophySmack, Matt Walsh and Dax Holt, propounded the idea of creating customizable trophy toppers in January 2018. Walsh is the originator of four start-up companies, and his addiction to Fantasy Football sowed in his mind the seed to introduce in the market products for sports fanatics like him. Holt, the co-founder, is an Emmy nominated producer who brings to the table his years-long experience in the entertainment industry and a honed innovative perspective. 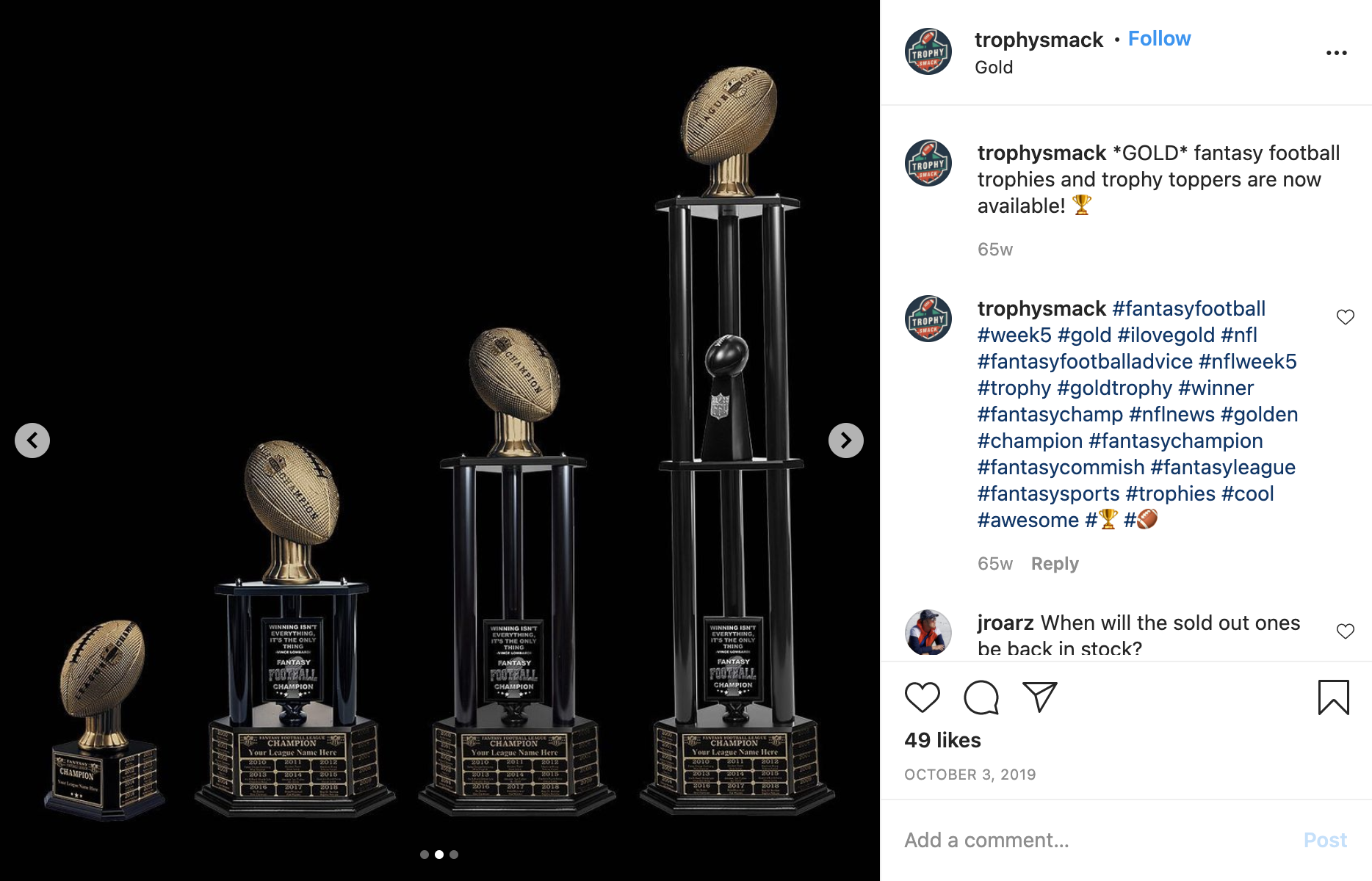 Both creators, hailing from Orange County, California, work hard to “level up” the madness that people have been experiencing for Fantasy Sports. TrophySmack represents an ideal amalgamation of Matt Walsh and Dax Holt’s love for sports and entrepreneurial success. The brand sells everything from trophies, belts, bling rings, draft boards to losers prizes for every imaginable Fantasy team.

The trophies being its focal product, it comes in 1000 unique fantasy trophy combinations with swappable tops. Available for football, baseball, basketball, soccer, and youth sports, the high-quality trophies come in 26″-56″ sizes and four anodized metal column colors. By utilizing the art of Laser Engraving, the championship belts, rings, and other such prizes flex the names of the leagues as well as the winners.

TrophySmack: Where Are They Now?

It would not be an exaggeration to say that TrophySmack is one of the fastest-growing Fantasy Sports Awards companies, courtesy of its uniquely crafted accolades. With its headquarters in Anaheim, California, the innovative E-Commerce company comprises creative heads who are no less than geniuses as they release new toppers year-round to put the customizable trophy to its best use.

We've got you covered with the highest quality Fantasy Football trophies on the market! 💪

In addition to trophies, it also sells two kinds of Fantasy belts, four different styles of rings, and a draft board to initiate one’s own fantasy football league. TrophySmack surely has the advantage of the authentic promotion by the Word-of-Mouth, along with which it has been striving to gather a larger customer base. During the holiday season of 2020, TrophySmack began to give out specially curated packages, which included winning a PlayStation 5.

Our collection of #fantasyfootball bling is so 🔥🔥🔥 pic.twitter.com/TRQV3xmrhw

Also, the company frequently comes up with other offers from time to time, such as free of cost engraving or free shipping on ordering their “unique and customizable products.” It has also been aiming to add other sports trophies like golf and hockey to its long list of toppers. The company’s official website proudly commits to making a custom project for non-fantasy sports fans!