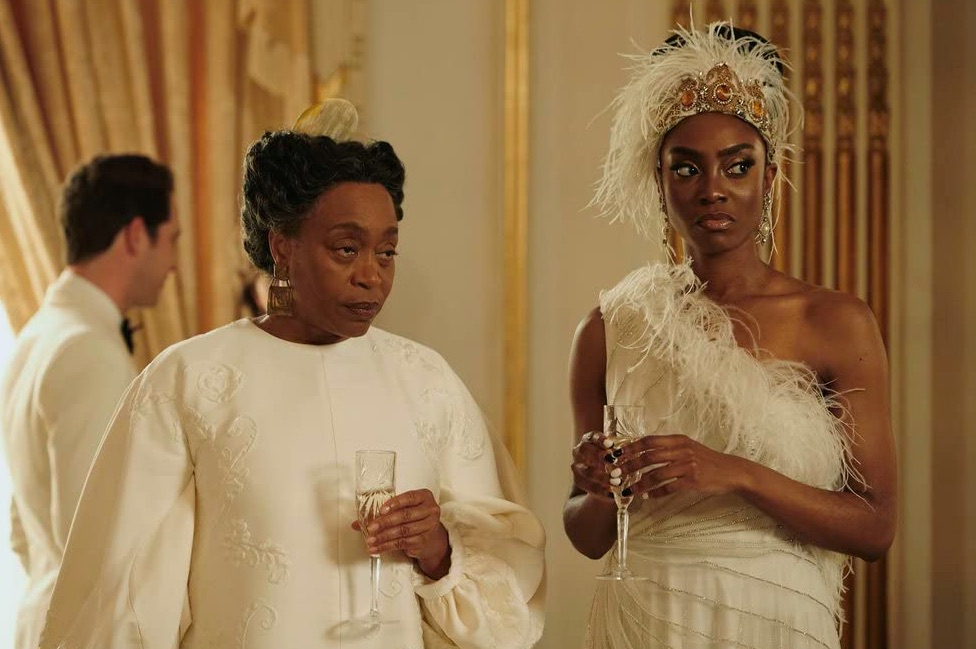 Peacock’s ‘Vampire Academy’ is set in a world where vampires live hidden from humans. They have their own social hierarchy, and the class structure and the politics of their society form the central themes of the show. Relationships between different classes are frowned upon, and there is a clear demarcation that separates the royals from the commoners and the ones who are raised to serve them. In the sixth episode of ‘Vampire Academy’, questions are raised against the ruling class as Rose starts to wonder what life would be like if she could be allowed to live it on her own terms. What happens at the end only paves the path for further complications. Here’s what it means for her future. SPOILERS AHEAD

Still reeling from the loss of Mikhail, Rose refuses to get a Molinija mark. To get some peace of mind, she visits Mikhail’s family with Dimitri and discovers that his father was a Moroi who has grown old now and is without a guardian, now that all of them have been reassigned to high-ranking Moroi. Sasha, Mikhail’s sister, who is also a guardian, has decided to stay back with her father and other Dhampirs to protect them. Come nightfall, the Strigoi will attack and as Sasha prepares for it, Rose decides to stay back and help her. She also finds out that Dimitri was sent to bring back Sasha, who will be held accountable for not following orders.

With the day for electing the next monarch inching closer, Victor and Natalie try to secure votes. Seeing that Victor is succeeding in getting people to side with him, Natalie decides to use his daughter against him. She riles up Sonya about Mikhail’s death, who loses control and her black eyes are revealed in front of everyone. Meanwhile, Lissa and Jesse are attacked by Strigoi, and Meredith is injured while trying to protect them. Desperate to find out more about her powers, Lissa finally tracks down Adrian Ivashkov and discovers that he is also a spirit user.

Vampire Academy Episode 6 Ending: Will Rose and Dimitri End Up Together?

The class structure in ‘Vampire Academy’ places Moroi on the top, with the Dhampirs born and bred solely to serve them, one way or another. From the events in the previous episode, where the royals carelessly put the lives of young Dhampir novices in danger, it is clear that they have little to no regard for what happens to them. They are only focused on their own safety and survival, and if a Dhampir or two dies for it, then that’s not really their problem.

Another thing that Moroi have put in place to keep Dhampirs from creating their own society is to keep them apart. Their rules prohibit a romantic relationship (unless it is to breed more Dhampirs) between not only Moroi and Dhampirs, but also amongst Dhampir. A Dhampir relationship is not useful for Moroi because they cannot procreate to make more of them, who will be brought up to serve as guardians. If anything, this would put the Moroi-Dhampir relations in jeopardy because then a Dhampir guardian would not have their royal Moroi as their priority at all times. And this is what makes Rose and Dimitri’s relationship doomed even before it has properly begun.

One of the cornerstones of Dimitri’s character is that his topmost priority is to carry on with his duties. He never lets anything distract him and is fiercely committed to the orders that he is given. He had been living his life rather well this way until he crossed paths with Rose. He knows that a relationship between them will never be accepted, which is why he tries to keep a distance from her in the beginning. However, the turn of events brings both of them together, and at the end of the sixth episode, they kiss.

Rose has always been very unconcerned with rules and has rarely hesitated from bending them to serve her purpose. After Mikhail’s death, it is clear to her that the Moroi are not concerned with what happens to the guardians and their families. They didn’t blink an eye before abandoning the places that were previously under the protection of guardians, leaving common Dhampirs exposed to Strigoi. Her complaints about the Moroi will only escalate from here, and should a full-on rebellion ever break out, Rose will most likely be the one to spearhead it.

Dimitri, on the other hand, doesn’t seem so amicable to change. Duty is the most important thing to him, and the fact that a relationship with Rose is going to put him at a crossroads with his job will probably not sit well with him. So, while they have finally given in to each other’s longing stares and irresistible charm, it remains to be seen how long this newfound romance will last.

Read More: Do Lissa and Christian End Up Together in Vampire Academy? Will Lissa Marry Jesse?