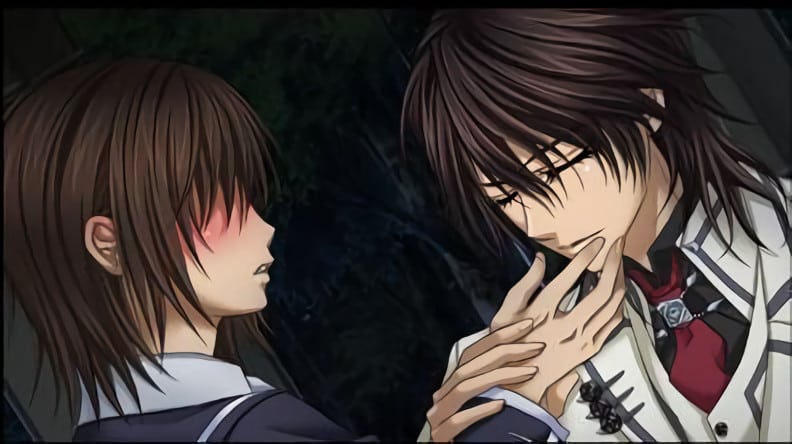 Vampire Knight (also known as Vanpaia Naito in Japanese) is a dark fantasy anime television series which is based on a manga series of the same name. Written and illustrated by Matsuri Hino, the manga series was first published more than a decade back on November 4, 2004 and ran till May 24, 2013. Midway through its lifespan, it was picked up to be made into an anime television series and Season 1 of Vampire Knight premiered on April 8, 2008.

The show was an immediate hit among fans of the manga series and new viewers alike, and was promptly renewed for a second season. It did not take long for the second season to premiere, and Season 2 of Vampire Knight made its way to viewers’ screens on October 7, 2008. Further, a special original video animation (OVA) episode, titled Vampire Knight: Gekiai no Portrait, was also released on November 26, 2008. Since then, fans of the show have been waiting for a third season. Here’s everything you need to know about Season 3 of Vampire Knight.

Vampire Knight Season 3 Release Date: When will it premiere?

Vampire Knight season 2, titled Vampire Knight: Guilty, made its way to viewers’ screens on October 7, 2008 and ran till December 30 of the same year. Since then, more than a decade has passed, and there is still no news on whether Vampire Knight will be renewed for a third season.

Further, the chances of Vampire Knight getting a third season is decreasing by the day. Anime shows are usually renewed within few years, and a show being renewed after a decade is almost unheard of — though not impossible. At this point, Vampire Knight season 3 release date of 2021 or 2022 seems like a distant dream. Nothing can be said for certain till an official announcement confirms the fate of the show. We’re keeping our ears open about news on Season 3 of Vampire Knight and we’ll update this section as soon as we hear more.

For those who like watching anime shows in English, the good news is that Vampire Knight has a great English dub done by talented voice actors. If you want to watch the show in English, you can find links to dubbed episodes on websites like Anime-Planet.

Vampire Knight is a show on vampire-human relations, and explores the topic of whether vampires can coexist with humans.

The show is set in an elite boarding school called Cross Academy, which takes classes in two shifts: the day shift and the night shift. However, not all is normal in this elite school – while the day shift consists of human students, the night shift caters to powerful vampires. In this backdrop, the show follows the stories of two school prefects, Yuuki Cross and Zero Kiryuu, who serve as guardians of the vampires, keeping their night classes a secret from the rest of the students and the world.

Being the adopted daughter of the Cross Academy’s chairman, Yuuki takes her duty as a guardian very seriously, and is always energetic about it. Part of Yuuki’s enthusiasm in her duties stems from the fact that it allows her to interact with her secret crush, the president of the night students’ dorm, Kaname Kuran. Zero, however, is not as fond of his job as he has a hatred towards vampires and wants to destroy them.

As the show progresses, Zero’s hatred takes over him and he ends up killing a pureblood vampire, thereby incurring the wrath of the vampire community. Furious at Zero for the murder, the Supreme Vampire Council sends vampires to punish Zero for his violent crime. However, Kaname interferes and stands up for Zero in a noble gesture. Yet, unbeknownst to everyone else, Kaname has an agenda of his own, which unfolds as the show progresses even more.

Despite having dozens of characters, Vampire Knight has just three main characters, and some important supporting characters. Below, we’ve given you brief backgrounds on the characters who are important to the show.

Yuuki Cross: One of the main protagonists of the show, Yuuki is introduced as the adopted daughter of Kaien Cross, the headmaster of the Cross Academy. A member of the school’s disciplinary committee (which is really a front for the guardians), Yuuki is responsible for protecting the secret of the vampires. Yuuki’s weapon of choice is an extensible staff called the Artemis Rod, which was given to her by Headmaster Cross. Yuuki’s earliest memory is from a decade ago, when she was attacked by a vampire, but was saved by Kaname. Later in the show, it is revealed that Yuuki was actually born a pureblood vampire and was a member of the Kuran Clan. However, her vampire side was suppressed by her mother, who sacrificed herself to seal Yuuki’s blood-craving side. Further, it is also revealed that Yuuki is destined to become Kaname’s wife.

Zero Kiryuu: Yuuki’s childhood friend, Zero is also a main character in the show and another guardian at the Cross Academy. Having been born to a long line of vampire hunters, Zero has only hate towards vampires, especially because his entire family was murdered by a pureblood vampire called Shizuka Hio. Understandably, Zero hates his job as a guardian but keeps at it so that he can learn more about vampires and hunt them better. Later in the show, Zero starts displaying vampiric urges, and reveals that he had been bitten when his family was slaughtered. As the show progresses, Zero gains tremendous powers as a vampire, and even becomes a threat to the purebloods. Zero’s weapon of choice in the show is a gun called the Bloody Rose, which was given to him by Headmaster Cross.

Kaname Kuran: The third main character in the show, Kaname is a pureblood vampire of the Kuran clan, and had saved Yuuki from a vampire attack when she was very young. The class president of the night class, Kaname is both respected and feared by the other vampires and can be extremely cold and authoritative towards his classmates. However, Kaname is always sweet towards Yuuki and also harbours romantic feelings for her. Like Headmaster Cross, Kaname also hopes to see a society where humans and vampires co-exist peacefully. Later in the show, it is revealed that Kaname is actually Yuuki’s older brother, which makes them destined to marry each other as per vampire laws.

Kaien Cross: Although not a main character Kaien is an important supporting character in the show and is the headmaster of the Cross Academy. A former vampire hunter, Kaien is shown to be deeply passionate about building a society where humans and vampires can co-exist peacefully.