Was Roy Cohn Gay? Who Was His Boyfriend? 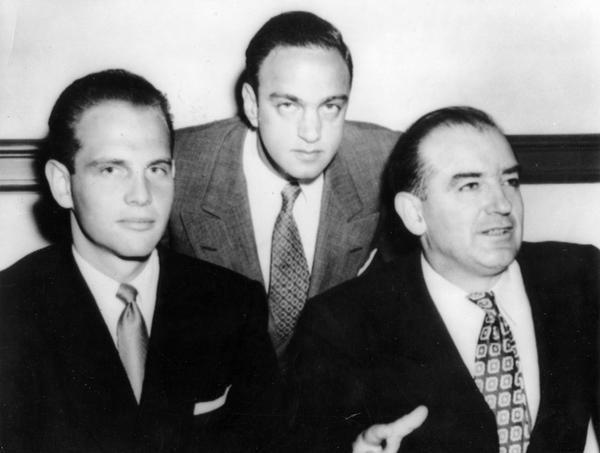 HBO’s ‘Bully. Coward. Victim. The Story of Roy Cohn,’ delves into the life of Roy Cohn, one of the most known lawyers across the US, especially for his involvement in the espionage trial of Julius and Ethel Rosenberg, which ultimately led to their conviction and execution. His service as Chief Counsellor to Senator Joseph McCarthy was another stepping stone in his famous career.

As a controversial figure, both historians and others have tried to understand not only his several motives and actions but also much about his private life. The cause of his death was fuel to fire when it came to understanding his sexuality. In any case, a lot still remains and is guesswork.

There is significant evidence proposed by historians who believe that Roy Cohn was in fact gay. However, in a time period when it was heavily looked down upon, Cohn himself never publicly made such a proclamation. Jeffrey Toobin, quoted Roger Stone, in a New Yorker article in which he said, “Roy was not gay. He was a man who liked having sex with men. Gays were weak, effeminate. He always seemed to have these young blond boys around. It just wasn’t discussed…” Cohn was also known for partying at many gay bars and throwing lavish parties in New York. In many ways, the narratives are hence caught in a dichotomy.

Cohn’s sexuality was also then at odds with McCarthy’s works in the Lavender Scare wherein there was a moral dilemma concerning US government officials who were either gay or lesbian. Thus, McCarthy and Cohn were famous for not only targeting those who were affiliated with being Communist sympathizers, but also those who were alleged to be what they regarded as a ‘homosexual individual.’ It is speculated that they ended up firing several government officials for their lack of heteronormative sexuality. Furthermore, there are rumors of them having threatened army officials with evidence of them being gay. This is in many ways was even described as a ‘witch-hunt.

Who Was Roy Cohn’s Alleged Boyfriend?

Cohn’s involvement with G. David Schine, an anti-Communist propagandist, has been the subject of several speculations. Even though historians claim that there are reasons to believe that their friendship was just platonic, statements made by several others vary. When Schine was drafted to the US army, Cohn allegedly made extensive efforts to make sure that Schine was given special treatment. He did this by contacting officials to make sure that Schine was given light duties, exemption from overseas assignments, and extra leave. Allegedly, he also threatened the Army if these demands were not followed.

Schine was also invited to join McCarthy’s staff as a consultant. However, in the Army-McCarthy hearings, the Army charged both Cohn and McCarthy of putting undue pressure on Schine’s behalf. A hearing that is believed to have caused McCarthy, much public disgrace, and thus, Cohn eventually resigned from McCarthy’s staff and went into private practice. While Cohn never married till his death, Schine married Hillevi Rombin and even had children out of that relationship. (Feature Image Credit: Capital Times/Wisconsinhistory.org)