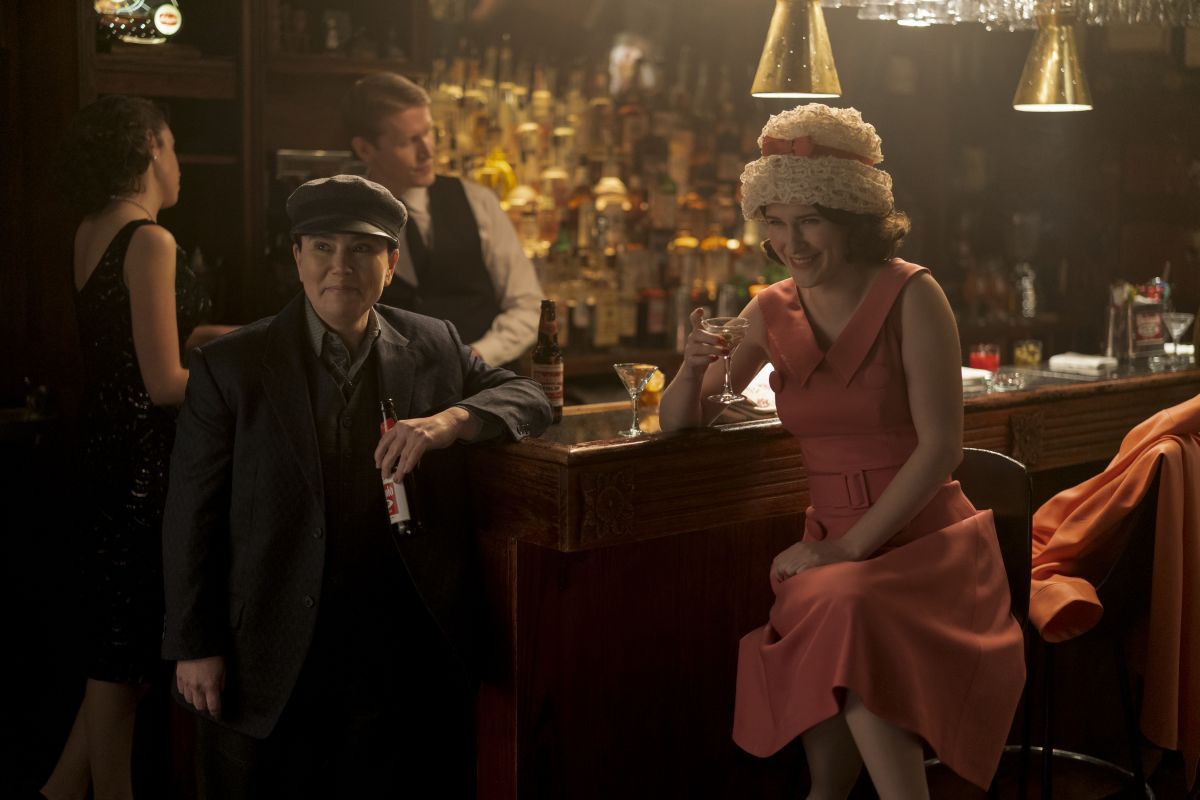 ‘The Marvelous Mrs. Maisel’ revolves around the eponymous Miriam “Midge” Maisel (Rachel Brosnahan), a housewife whose husband leaves her for his secretary. She discovers that she has a latent talent for comedy when she gets up on the stage of a comedy venue one evening and delivers an impromptu, powerful, and raw set. With the help of her manager Susie Myerson (Alex Borstein), Midge sets out to conquer the comedy scene of New York and beyond.

‘The Marvelous Mrs. Maisel’ is a period comedy-drama series set in New York of the late 1950s and early 1960s. So, several real-life figures appear in it. If you are wondering whether Gordon Ford (Reid Scott), the host of ‘The Gordon Ford Show,’ is one of those characters based on a real-life personality, we got you covered. SPOILERS AHEAD.

No, Gordon Ford was not a real talk show host. Towards the end of the fourth episode of the fourth season, Sophie Lennon visits Susie, asking her to help her land the hosting gig of a new NBC game show. Susie reluctantly agrees, and in the next episode, titled ‘How to Chew Quietly and Influence People,’ she arranges a meeting with Mike Carr, who works as a booker at ‘The Gordon Ford Show.’ Susie convinces Mike that Sophie will speak about everything, including her meltdown at her Broadway debut, if she gets to be the guest at Ford’s show.

During her interview with Ford, Sophie keeps her side of the bargain, being candid and revealing everything. She succeeds in getting the game show. Susie tries to get Midge to appear on Gordon’s show, but her initial attempts fail. In episode 7, titled ‘Ethan… Esther… Chaim,’ Lenny Bruce (Luke Kirby) appears on ‘The Gordon Ford Show’ to promote his upcoming performance at the Carnegie Hall. The final sequence of season 4 involves Midge staring at a sign for ‘The Gordon Ford Show,’ probably implying that Ford will play a significant role in the fifth and final season of ‘The Marvelous Mrs. Maisel.’

Although Gordon Ford is a fictional character, there was a primetime variety program called ‘The Ford Show,’ which aired on NBC from 1956 to 1961. Singer and TV personality Tennessee Ernie Ford hosted the series. During its five-season run, ‘The Ford Show’ had guests from various entertainment avenues, though a considerable number of them were musicians. Eventually, ‘The Ford Show’ was taken off the air in the summer of 1961, with ‘Great Ghost Tales’ serving as its replacement.

As a singer, Tennessee Ernie Ford is most known for hits such as “The Shotgun Boogie” and “Sixteen Tons.” He garnered widespread popularity for portraying Cousin Ernie in three episodes of ‘I Love Lucy.’