Was Thomas Shelby a Real Gangster? 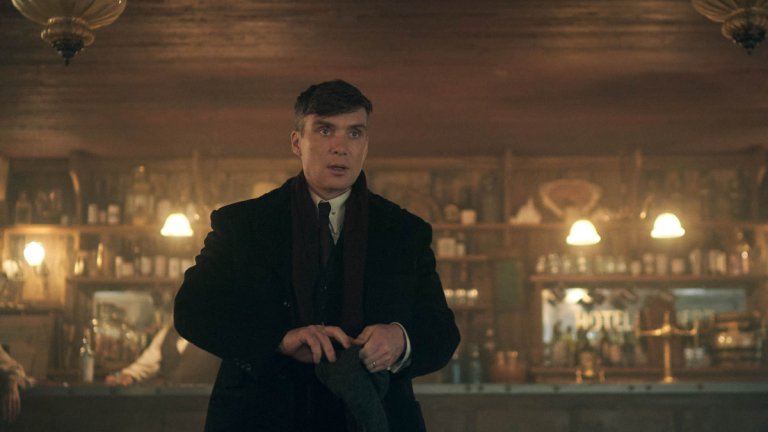 The Period crime-drama series Peaky Blinders is set between the two World Wars and tells the story of the Shelby family, the leaders of the eponymous Birmingham-based street gang. Thomas “Tommy” Shelby (Cillian Murphy) is the leader of the entire organization, despite not being the oldest of his generation. He is brilliant and proportionally ruthless. Moreover, he has natural leadership qualities. Under his guidance, their street gang evolves into a criminal organization. ‘Peaky Blinders’ is a complex mix of history and fiction. Several historical figures are part of the show’s narrative, including Winston Churchill, restaurateur and alleged drug dealer Brilliant Chang, British fascist leader Sir Oswald Mosley, and trade union leader and communist Jessie Eden. If that has made you wonder whether Tommy himself has been inspired by a real gangster, this is what you need to know.

Is Thomas Shelby Based on a Real Gangster?

Tommy Shelby, along with the rest of his family, is a largely fictional character. In the show, Tommy becomes a Member of Parliament for Birmingham South in 1927. However, historically, the Birmingham South constituency was abolished for the 1918 General Election. So, Tommy Shelby, the MP, didn’t exist.

However, things appear to be a bit more complicated when we observe the gangster aspect of the character. In an interview with Esquire UK, Knight was asked where the idea for the ‘Peaky Blinders‘ came from. “It’s actually from things that were told to me when I was a kid by my parents,” he replied. “My mom and dad grew up in Small Heath in Birmingham in the 1920s, and they always told me stories about their childhood that I always thought were so glamorous and wild and amazing. But I always thought it would make an incredible drama.”

Knight told BBC that the series was “based on real events.” The Shelbys were based on the Sheldons, the family of his paternal grandmother. He heard stories about the Sheldons from his father, which became the foundation upon which he built the narrative of the Shelby family. “One of the stories that really made me want to write ‘Peaky Blinders’ is one my dad told me: he said that when he was eight or nine his dad gave him a message on a piece of paper and said ‘go and deliver this to your uncles,'” the ‘Locke’ director said. “His uncles were the Sheldons, who eventually became the Shelbys. Even though the history books say the peaky blinders were only around until the 1890s, they weren’t – people in Small Heath knew these people as peaky blinders.”

The Peaky Blinders Knight was referring to here are probably not the real Peaky Blinders, who were active from the 1880s to 1910s. However, the phrase “Peaky Blinders” became synonymous with any Birmingham-based street gang. The Sheldons were probably part of the latter group.

When Knight’s father was delivering the message, what he saw evidently left a mark. “…the door opened and there was a table with about eight men sitting around it, immaculately dressed, wearing caps and with guns in their pockets,” Knight continued. “The table was covered with money – at a time when no-one had a penny – and they were all drinking beer out of jam jars because these men wouldn’t spend money on glasses or cups. Just that image – smoke, booze and these immaculately dressed men in this slum in Birmingham – I thought, that’s the mythology, that’s the story, and that’s the first image I started to work with.” So, while Tommy Shelby is predominantly a fictional gangster, Knight used several elements of reality while creating him.