We Own This City Episode 1 Recap and Ending, Explained 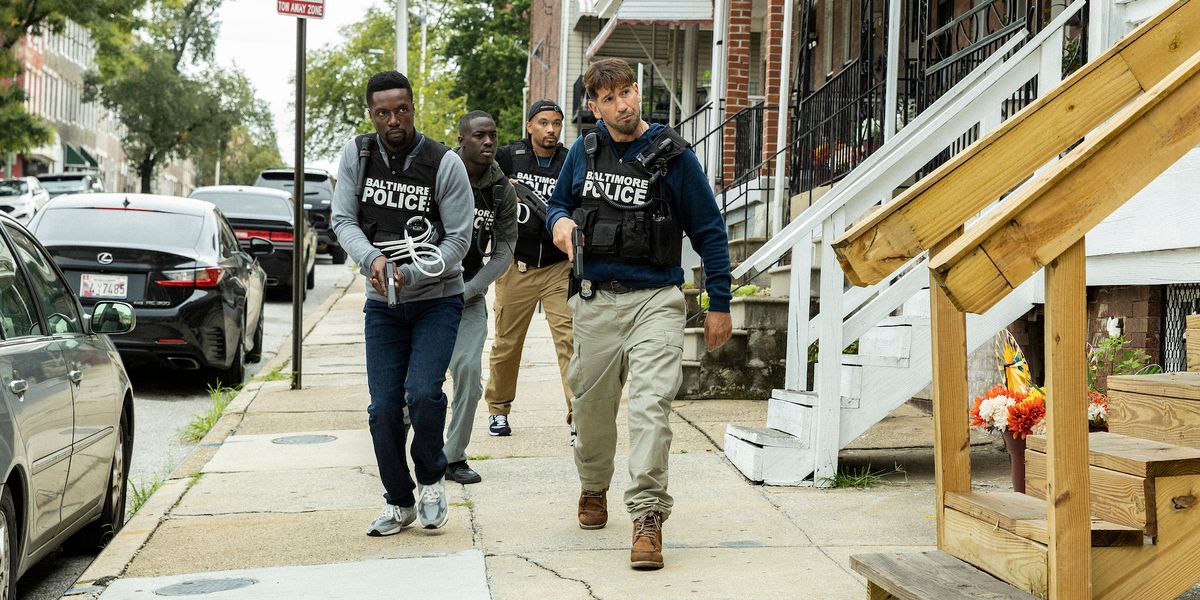 ‘We Own This City’ tells the true story of the scandal involving the Baltimore Police Department’s Gun Trace Task Force. The crime drama series is based on Justin Fenton’s 2021 nonfiction book of the same name. It is developed for television by David Simon and George Pelecanos (‘The Wire‘). The premiere episode, titled ‘Part One,’ introduces viewers to Sergeant Wayne Jenkins and the other BPD’s Gun Trace Task Force members involved in illegal activities and corruption.

Meanwhile, Nicole Steele, an attorney working for the Civil Rights Division of the Department of Justice, begins probing into officers of the BPD after various complaints are filed over their behavior. If you wish to catch up on the episode’s events and seek insights about its ending, here is everything you need to know about ‘We Own This City’ episode 1! SPOILERS AHEAD!

We Own This City Episode 1 Recap

The series premiere episode opens in 2017 with Sergeant Wayne Jenkins (Jon Bernthal) giving a lecture to members of the BPD Academy. Jenkins vehemently states that the law enables the police officers to be stricter on the streets and be brutal if necessary. He advises the trainees to seek out cases that will lead them to drugs and arms, thereby justifying their methods in reaching the outcome. The scene then shifts to an interrogation room where FBI Agent Erika Jensen speaks with Momodu “G Money” Gondo, a member of the BPD’s Gun Trace Task Force. Jensen asks Gondo about his involvement in drug distributions and Wayne Jenkins.

In 2017, Jenkins leads a GTTF raid at Collington Square. The police seize some drugs and numerous guns from the site, leading to Jenkins receiving praise. In the interrogation room, Jensen questions Gondo about Antonio Shropshire and his connection to the criminal world. Gondo admits that he was involved in robberies before meeting Shropshire. The scene shifts to 2015, when Harford County Narcotics Task Force’s David McDougall investigates a heroin racket. A bust leads McDougall to Aaron Anderson, whom they believe is a crucial player in the racket.

Meanwhile, Nicole Steele, an attorney of the Office of Civil Rights, meets Ahmed Jackson, and they begin working on investigating the city’s police officers. She explains that the Office of Civil Rights has received several complaints of excessive brutality from the police. McDougall’s team finds Anderson through car trackers but realizes that the BPD is also after the criminal. After growing suspicious about the tracker situation, McDougall informs the FBI. Steele’s search sheds light on Daniel Hersl, a member of the GTTF known for excess brutality who has several complaints against him. Steele speaks with the Police Commissioner and tries to understand why action hasn’t been taken against Hersl and his methods.

We Own This City Episode 1 Ending: Why Is Wayne Jenkins Arrested?

In the episode’s final act, Wayne Jenkins has a meeting with the higher officials of the BPD. Jenkins and the board is discussing the city’s crime rate and the GTTF’s role in curbing gun and drug-related violence in the city. While higher officials believe that the BPD’s arrests have gone down while crime in the city has spiked, Jenkins insists that the GTTF’s arrest numbers have only gone up. Jenkins is unapologetic about his and his team’s methods and genuinely believes that they are curbing crime in the Baltimore streets.

The episode’s final moments see Jenkins being called to the BPD headquarters to solve a minor issue. However, as soon as Jenkins disarms himself and enters the building, he is apprehended by the FBI.  While the episode does not reveal why Jenkins is arrested, it likely has something to do with the BPD’s pursuit of Aaron Anderson.

The episode’s ending hints that Jenkins, like Gondo, is one of the corrupt officers in the GTTF and his criminal activities will soon be exposed. However, to the surprise of the Police Commissioner, Jenkins does not flinch after he is arrested, hinting that he doesn’t believe he did anything wrong during his time as a police officer.

We see Jenkins boasting about his excessively aggressive approach to investigating and arresting suspected criminals throughout the episode. From calling himself “Superman” to having an unabashed attitude toward police work, everything hints that Jenkins considers himself indefensible and above the law. Therefore, the episode’s ending marks the start of Jenkins and the GTTF’s downfall.