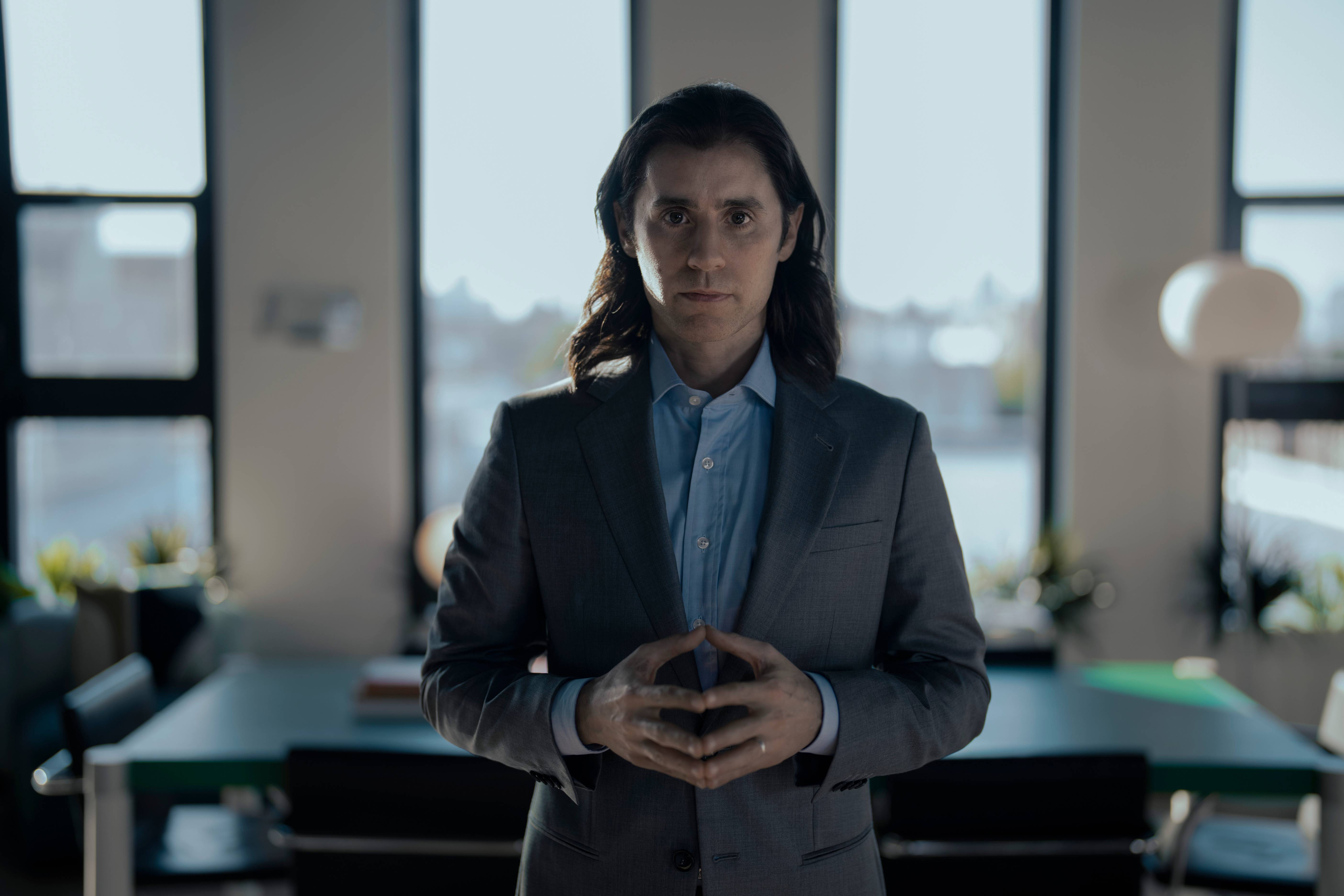 ‘WeCrashed’ follows the tumultuous story of shared workspace company WeWork and its chaotic co-founder Adam Neumann. The Apple TV+ series delves into how the company is conceived and seeded with the wild visions of Adam and his wife, Rebekah. The biographical drama is based on a Wondery podcast and is created for the screen by Drew Crevello and Lee Eisenberg.

The cast, which includes two academy award winners, has helped the show get favorable critic reviews and the story remains intriguingly tied to real news-making events. Wondering if there’s going to be a second season of this Apple TV+ production? Let’s see what the chances of ‘WeCrashed’ season 2 going into production are!

‘WeCrashed’ season 1 landed on March 18, 2022, on Apple TV+. The first 3 episodes released simultaneously and were followed by weekly episodes. In total, the inaugural season has 8 episodes of approximately an hour each.

As far as season 2 is concerned, it appears that the story of ‘WeCrashed’ is tied up in season 1 itself. The show is slated as a miniseries, meaning future seasons are unlikely. To be clear, there is no lack of material for another season as new details do emerge from time to time regarding the real-life shared workspace company and its co-founder, Adam Neumann.

There have also been follow-ups to the original Wondery podcast, with an additional “companion podcast” as well as a director’s cut version. ‘WeCrashed: The Director’s Cut’ is an 8-episode “refreshed” version of the original 6-episode Wondery podcast and contains new discoveries and details. However, with the broad spectrum of details covered on the Apple TV+ show, it is unlikely another season will be made to fill in new information as it emerges.

Considering both Adam and Rebekah Neumann seemed to have projects in the works after leaving WeWork, it is likely that separate narratives of their subsequent ventures could come about. However, the WeWork chapter of their lives seems to be largely over, meaning any future series about Adam or Rebekah would be a separate series and not a potential second season of ‘WeCrashed.’

Finally, WeWork also continued after Adam Neumann left, so in addition to the central couple, the company also has a subsequent story. This is especially true for some of the characters, like Miguel McKelvey and Cameron Lautner, who are still working at WeWork at the end of season 1. However, their stories without Adam Neumann would be missing a crucial element of the show’s advertised synopsis and wouldn’t be the focus of a second season.

Despite the evolving story and subsequent details uncovered after the show’s release, the major aspects of the narrative are covered in season 1. After all, the opening season encompasses about a decade’s worth of events. Ultimately, ‘WeCrashed’ is a biographical miniseries, and therefore, it is highly unlikely that a ‘WeCrashed’ season 2 will ever be made.