‘WeCrashed’ follows the remarkable story of the shared workspace start-up WeWork as it goes on to become one of the world’s most valuable startups under its larger-than-life co-founder Adam Neumann. Apart from the inception and rise of the enterprise, the show also delves into its eventual crash and the role played by Neumann and his wife Rebekah in the company’s tumultuous journey.

The biographical drama series depicts the vibrant highs and crushing lows of the start-up world but, more than anything, focuses on the dynamic entrepreneurs at the center of it all who set out to change the world. Or at least they claim to. If you can’t get enough of watching the outrageous antics of Adam and Rebekah Neumann, we’ve got some suggestions with equally dynamic central characters that leave a mark on their industry while shaking up the status quo. You can watch most of these shows similar to ‘WeCrashed’ on Netflix, Hulu, or Amazon Prime.

‘Pam & Tommy’ is a nostalgic look at possibly the world’s first celebrity sex tape and the wide-ranging effects it has on everyone associated with it. At the center of the narrative is the titular celebrity couple, Pamela Anderson and Tommy Lee, who find their relationship falling apart because of the leaked recording. At the same time, an astounding number of opportunists try to use the tape’s popularity to their benefit, made all the more chaotic by the advent of the internet. Like ‘WeCrashed,’ this show is also a retelling of a remarkable series of events centered around a wealthy couple that made headlines and left the world stunned. 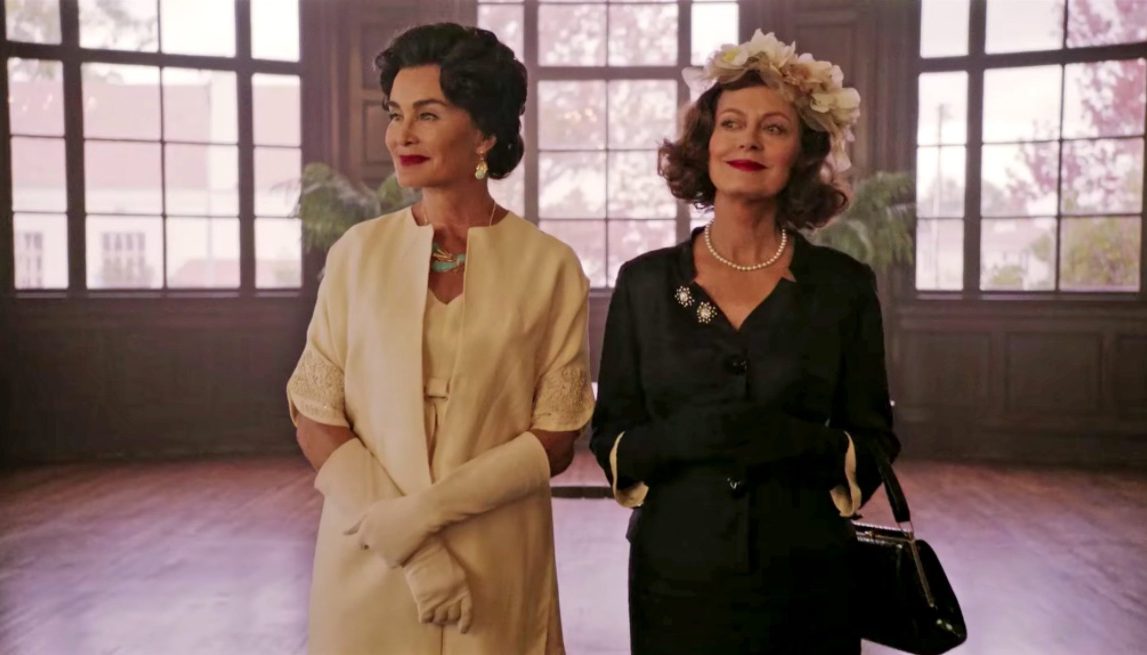 Though restricted to one season, this docudrama miniseries has an intriguing narrative at its heart. The story follows the rivalry between Hollywood actresses Joan Crawford and Bette Davis around the production of their 1962 psychological thriller ‘What Ever Happened to Baby Jane?’ Once again, the confluence of celebrity culture and huge sums of money makes this an intriguing “ripped from the headlines” show. Most importantly, as is the case with ‘WeCrashed,’ two larger-than-life characters take center stage and become the source of much of the chaos that ensues.

As the name suggests, this tech-entrepreneurial series follows the emergence of an enterprise centered around a new digital currency called GenCoin. As the idea threatens to change transactions forever and make those that control Gencoin exceedingly rich, an unlikely group bands together to incubate the idea. Though grittier than other shows about entrepreneurs, ‘StartUp’ is about a new idea with wide repercussions, which is made all the more notorious by the eclectic people who control it.

‘Inventing Anna’ follows the remarkable story of Anna Delvey, aka Anna Sorokin, a young socialite who manages to con her way into New York high society by claiming to be a wealthy German heiress. As Anna begins formulating a plan to open an exclusive art club in the heart of the city, she applies for millions of dollars worth of loans and almost gets away with it! Much like Adam Neumann in ‘WeCrashed,’ Anna is astoundingly good at drawing people into her vision and making them believe that her idea is worth a lot of money.

‘Billions‘ follows hedge fund manager Bobby Axelrod and the many deals (both legitimate and underhanded) that he makes to enrich himself with wealth and power. The show is based in some of the most powerful financial centers in the world and takes audiences on a roller coaster ride of business deals and power games. Once again, if Adam Neumann is your kind of central character, you will really dig the smooth-talking, hard-hitting Bobby Axelrod.

Based on the ABC Audio podcast of the same name, ‘The Dropout’ follows the ultra-ambitious biotechnology entrepreneur Elizabeth Holmes (Amanda Seyfried) and her company, Theranos. The miniseries details the inception, rise, and eventually fall of the company and provides an intriguing look at the journey of the entrepreneur at the center of it all. Like ‘WeCrashed,’ the company in ‘The Dropout’ also makes headlines for its astounding crash.

If explosively ambitious entrepreneurs are your thing, look no further than ‘Super Pumped.’ Set around the story of ride-hailing company Uber’s early years, the show follows its co-founder and CEO Travis Kalanick as he charges ahead with the single-minded focus of making his company one of the most valuable entities in the world. There is a lot that fans of ‘WeCrashed’ will love in ‘Super Pumped,’ be it the eye-watering valuations of the show’s respective startups or the audacious CEOs that basically live to destroy the status quo.