How Accurate is Pam and Tommy? 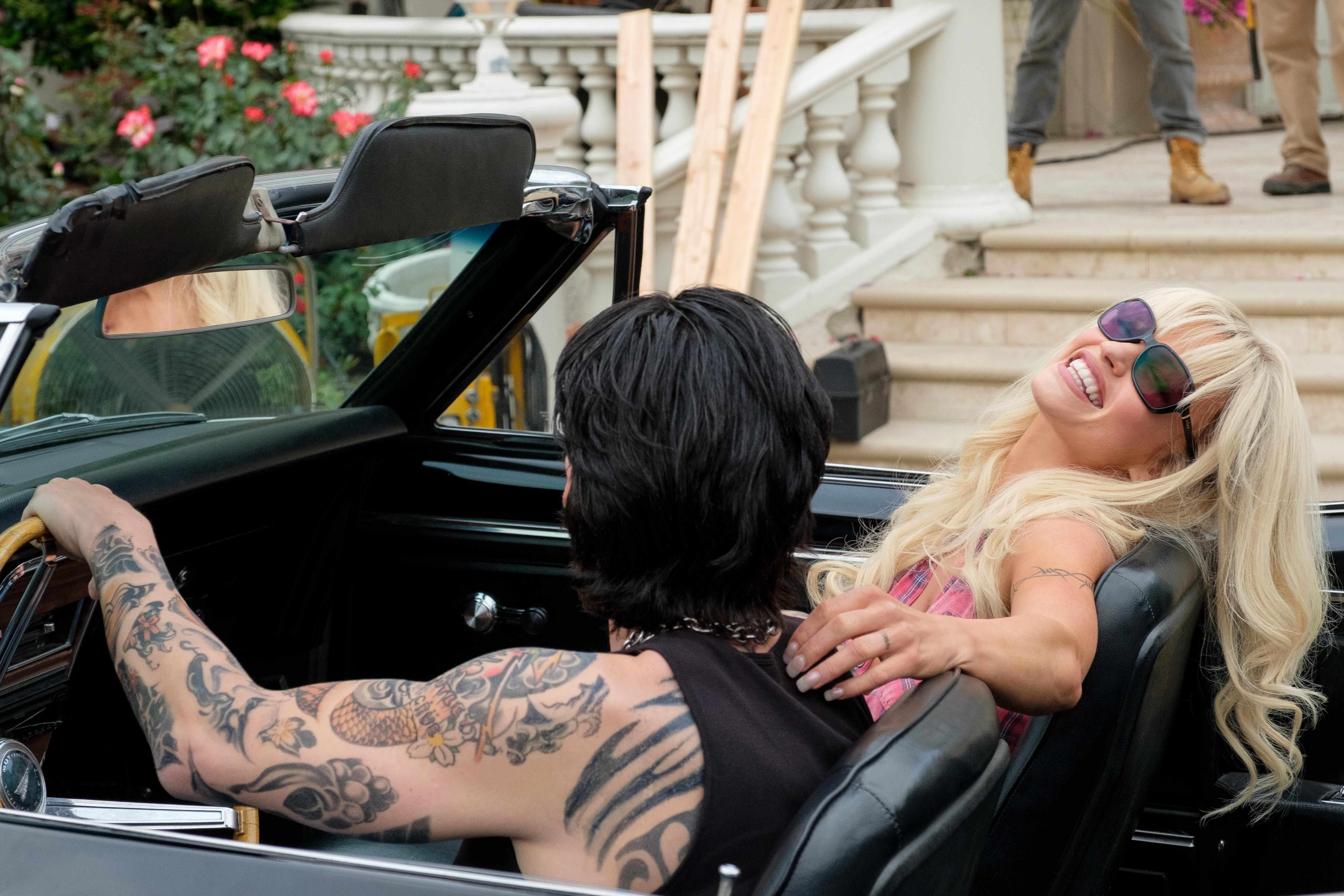 ‘Pam & Tommy’ follows the remarkable story of a wild celebrity couple’s romance and how a disgruntled carpenter throws their life into chaos. Furious at not being paid for his work, Rand decides to steal rockstar Tommy and his actress wife Pamela’s safe. What the vengeful carpenter doesn’t expect to find in the safe is an explosive, intimate recording of the celebrity couple.

Chaos ensues, and the story is as bizarre as it is sad. The vintage setting of the narrative results in some interesting instances of the internet being referred to as a new-fangled technology and some notable 1990s pop-culture references. So just how much of what ‘Pam & Tommy’ depicts actually went down? Let’s see whether the miniseries is based on a true story or not.

Is Pam & Tommy a True Story?

Yes, ‘Pam & Tommy’ is based on a true story. Co-written by Robert Siegel, who also steps in as showrunner, the story is based on a 2014 article titled ‘Pam and Tommy: The Untold Story of the World’s Most Infamous Sex Tape‘ by Amanda Chicago Lewis. Considering it is inspired by a journalistic piece, it’s not surprising that much of what the show depicts is close to what actually happened. In the spring of 1995, electrician Rand Gauthier (Seth Rogen’s Rand is a carpenter) worked on the recently wedded Tommy Lee and Pamela Anderson’s mansion on Mulholland Highway in Los Angeles.

Much like we see in the series, the real-life Rand was fired (for allegedly shabby work) and never paid his dues — which reportedly amounted to about $20,000 — leading to the vengeful plot of stealing the safe. Interestingly, the real Rand revealed in an interview that he was initially going to write off his owed amount. However, he decided to steal from Tommy after the Mötley Crüe drummer pointed a gun at him and ordered the electrician to leave the property.

It’s not very obvious on the show, but Rand apparently spent the entire summer scoping the celebrity couple’s home before attempting the robbery. A few actual websites to sell the ill-gotten recording were also set up with the help of an acquaintance of Rand’s called Milton Owen Ingley or Uncle Miltie (essayed on the show by Nick Offerman). One of the websites was reportedly addressed as Pamlee and sold copies of the celebrity sex tape for around $59.95.

The Pamela Anderson and Tommy Lee sex tape has become notorious in pop culture history since it came out. Though the discussion around leaked celebrity tapes is common today, in the mid-1990s, the events surrounding the leaking of the tape became an explosive news story that combined celebrity culture, sexual scandal, and the unfathomable (then) new reach of the internet. The tape itself, Tommy revealed in an interview, was filmed during a five-day vacation on Lake Mead. The couple apparently watched it once before locking it in the safe from which it was subsequently stolen.

The tape, through widespread distribution, continued to gain popularity over the next few years and went viral. It is estimated that the private tape originally leaked by Rand raked in legitimate sales of over $77 million, to say nothing of its circulation through the internet. Tommy and Pamela got divorced in 1998 and then separated again in 2010 after getting together in 2008. The former couple is not involved in the production of ‘Pam & Tommy.’

Despite the series not having the blessing of the titular celebrities, its co-director Craig Gillespie maintained that the project aims to frame the (true) narrative in a way that people can actually learn from. By this, Gillespie alluded to the empathetic perspective of the story, which humanizes the central characters and shares their tragic side of the story. The events are also well documented in the media, meaning that any significant deviations from the narrative will be easily spotted. It is worth keeping in mind that accounts of what really happened sometimes differ, as has been the case on Rand’s claims of singlehandedly stealing the safe that Tommy claims weighed 500 pounds.

The few conflicting details aside, ‘Pam & Tommy’ largely sticks to the facts as portrayed in the media and insights gleaned from personal accounts of those involved. The show takes a notably sympathetic tone towards its central characters and attempts to depict what the emotional dynamic between them might have been like. For all the pop-culture frenzy that the infamous sex tape caused, it was also a tragic turn of events for the people involved — which is an aspect that the show attempts to capture. Thus, ‘Pam & Tommy’ can be considered relatively close to an extraordinary true story that is still well-remembered and which, at the time, was a seemingly poignant sign of the times to come.

Read More: Where is Pam and Tommy’s Sex Tape Today?