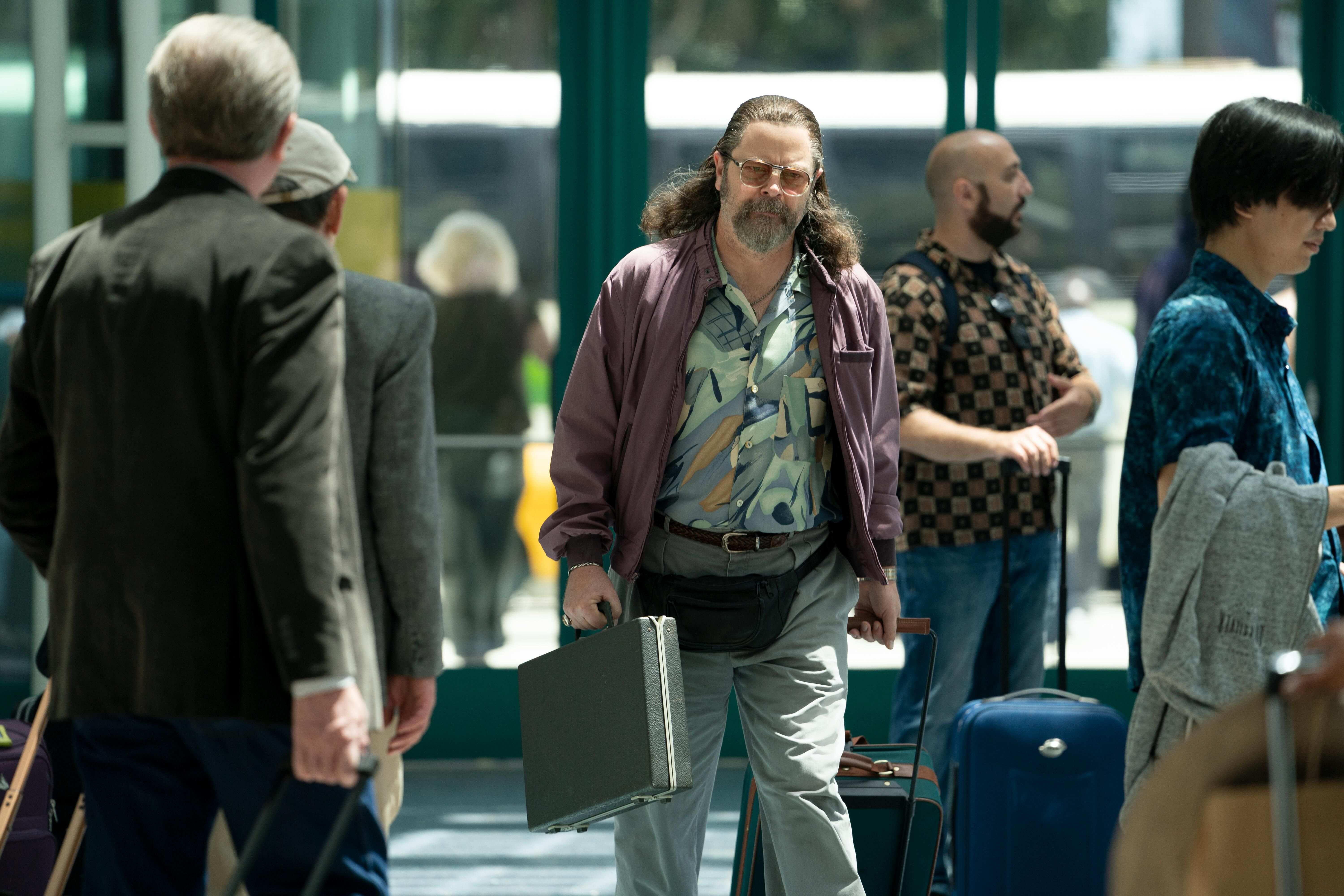 ‘Pam & Tommy’ follows the whirlwind romance between actress and sex symbol Pamela Anderson and rockstar Tommy Lee and the chaos that surrounds their lives when a private recording of the couple gets stolen. The story of the unlikely man behind the robbery, a disgruntled carpenter named Rand, is also explored, making things all the more intriguing.

Rand uses his contacts in the adult film business to try and profit from the stolen tape, which is how Uncle Miltie gets involved in the remarkable series of events. In fact, in the show’s narrative, Uncle Miltie seems to be the first one to figure out the astronomical value of the private, stolen tape. Considering a significant portion of ‘Pam & Tommy’ draws from actual events, could Uncle Miltie’s character also be based on a real person? Let’s find out.

Is Uncle Miltie Based on a Real Person?

Yes, Uncle Miltie, as essayed by Nick Offerman on ‘Pam & Tommy,’ is based on a real person. Milton Owen Ingley, who was also known as Michael Morrison and lovingly called “Uncle Miltie,” became involved in the events surrounding Anderson and Lee’s stolen tape after Rand Gauthier brought the recording to him. One could say that Ingley’s life changed because of the tape, but there is a lot more to the boisterous, larger-than-life man than what is portrayed in the Hulu series.

Born in Texas in 1946, Ingley reportedly attended Texas Tech University before joining the US Army and serving in Vietnam between 1967 and 1968. By 1977, he became involved with adult films, apparently initially performing in them as a favor to his then-girlfriend, Darleen. Ingley performed through the 80s and 90s, appearing in over one hundred and forty adult films. He eventually began to direct and produce them as well, many through his own production company, Chandler Studios.

It is around 1997 that Gauthier brought the original of the soon-to-be-viral tape of Anderson and Lee to Ingley. The two worked together to secure funding and quickly made multiple copies of the tape before disposing of the original. Unable to see it through production companies, they set up a website on the (then) novel internet and began getting orders. It was also seemingly in 1997 that Ingley moved to Amsterdam to continue running the website, likely to make detection and persecution by the celebrity couple more difficult. Of course, he was also notoriously well-known for enjoying a good time.

Is Uncle Miltie Dead or Alive?

In 2004, seemingly with failing health, Ingley returned to Texas and then moved to Arizona to be closer to family, according to his long-time friend Sharon Mitchell. Milton Ingley passed away on December 22, 2006, at the age of 60. He was reportedly staying in the city of Mesa in Maricopa County, Arizona, at the time of his death and was seemingly survived by his daughter, Helen, and two granddaughters —Sydney and Taylor. The pornographic actor, producer, and director is also well-remembered in the adult film industry and was inducted into the X-Rated Critics Organization (XRCO) Hall of Fame and the AVN Hall of Fame.