What is the Website Rand Uses to Sell Pam and Tommy’s Sex Tapes? Is it Real? 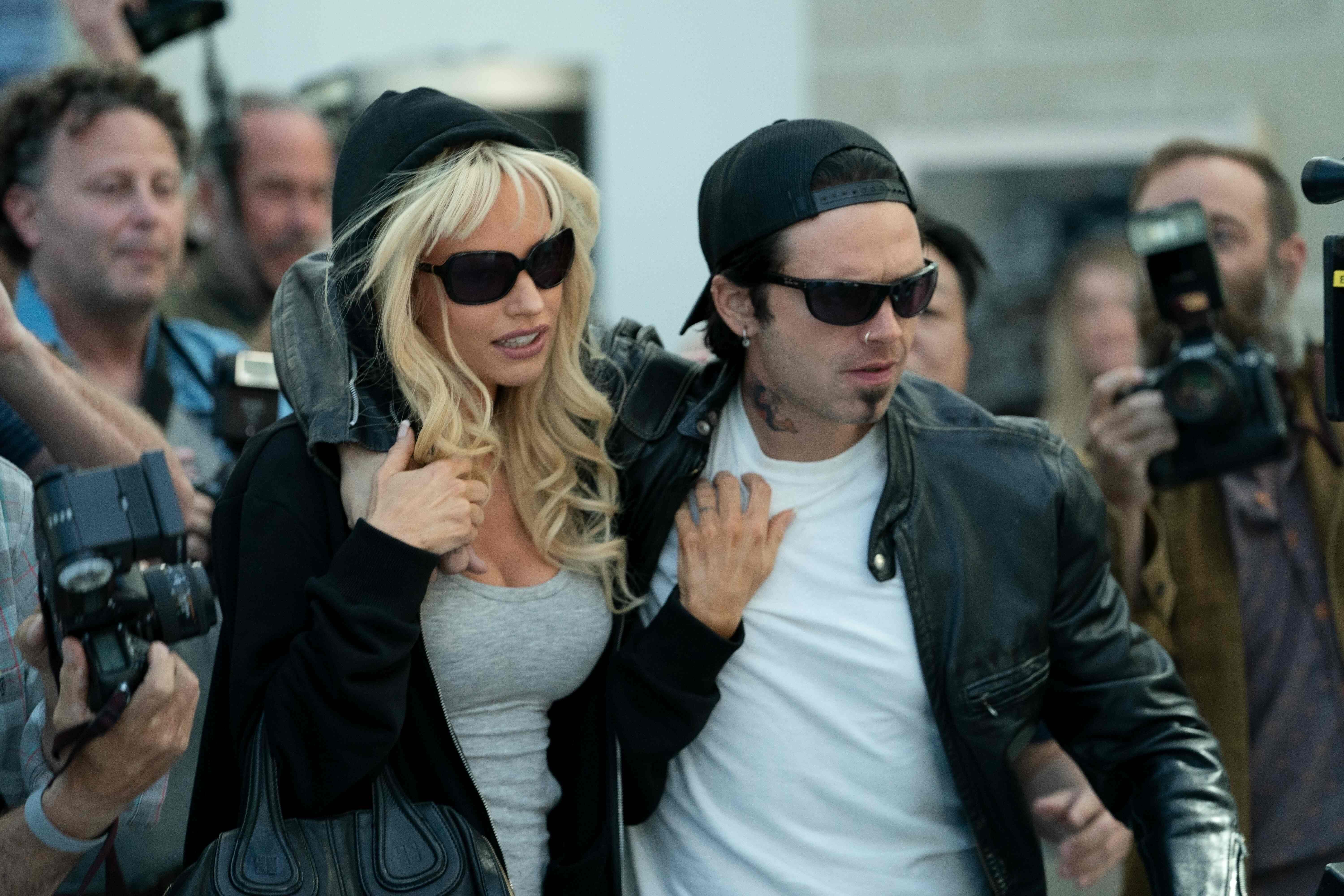 ‘Pam & Tommy’ follows the remarkable series of events that are set off when a disgruntled carpenter named Rand (Seth Rogen) decides to steal from his employers, who happen to be the titular couple Pamela Anderson and Tommy Lee. Amidst the various baubles and guns, what Rand doesn’t expect to find is an intimate private recording of the celebrity couple.

The narrative follows the surreal cascading events that ensue as Rand decides to get rich by selling the tape through the internet, not realizing that the video will go viral (which, to be fair, was not even a “thing” in the show’s 1990s setting). It’s all very new to the show’s characters and the website selling the tape quickly gets popular. Wondering whether the page actually exists? We dug around, and here’s what we found out about the (in)famous website. SPOILERS AHEAD.

What is the Website Rand Uses to Sell the Tapes?

When Rand first finds the tape in the series, he takes it to a porn director and producer named Uncle Miltie. The two decide to “go big” with it but, after being rejected by every production house in the area, realize they can’t legally sell the tape because they don’t have official releases from Pamela and Tommy. Rand hits upon the idea of using the novel “world wide web” to sell the tape anonymously, and once Uncle Miltie is (relatively) convinced that it does not cost thousands of dollars to use the internet, a generic website is soon up and running.

The first few websites that went live were reportedly Pamsex, Pamlee, and Pamsextape. None of the websites played the actual video but instead instructed customers to send a money order to a New York outpost of a Canadian T-shirt company, which helped launder the money. As seen on the show, Rand would then mail a VHS copy of Pamela Anderson and Tommy Lee’s private tape to a paying customer. Meanwhile, Uncle Miltie country hops in Europe, laundering their receipts which are, of course, illegal. The website itself is depicted as quite generic and crude (as early websites were). However, it is clear enough in its message and what it is offering, which is more than enough to attract customers.

Yes, there was a website (it no longer exists) that Rand Gauthier and Milton Ingley set up in order to sell the explosive private recording they had. In fact, Ingley reportedly set up multiple websites to sell the tape through and regularly advertised on online forums. Even after he moved to Amsterdam in 1997, the pornographic producer and director continued managing the sites and advertising them.

Of course, since neither Gauthier nor Ingley held the rights to the video, they could not stop other bootleggers from selling the tape, and profits soon plummeted. Eventually, Anderson and Lee reportedly sold the rights to the recording, and it became even more widely available. By then, the video could also be streamed online, which was a much faster (and cheaper) way to disseminate the once-private recording. The Club Love website reportedly played the video on a loop for five hours. Interestingly, the producers of ‘Pam & Tommy’ seem to have acquired one of the domain names that was originally used to sell the infamous video as part of a quirky marketing campaign. You can check it out here.

Read More: Are Lily James’ Breasts Real or Fake in Pam and Tommy?