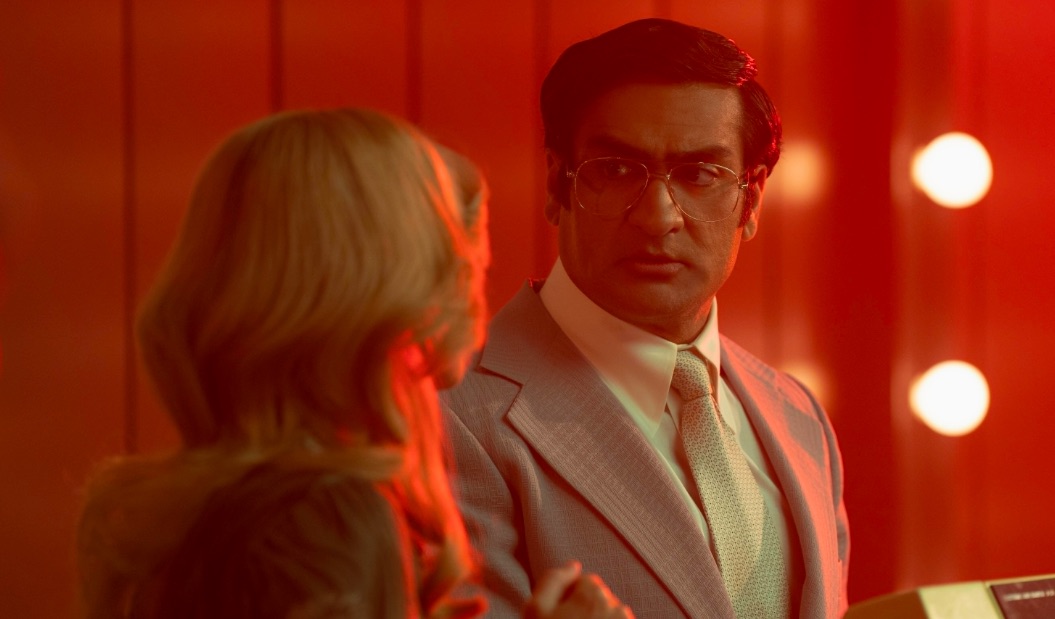 Hulu’s ‘Welcome to Chippendales’ takes another step towards the bloody end of the strife between Steve Banerjee and Nick De Noia, which escalates as the potential of New York comes into focus in the fourth episode. The last episode saw Nick flying to the Big Apple, leaving a big question mark on his association with Chippendales. This week explores his time in the city and the impact that his return has on Steve. It also marks the official downfall of Steve as he loses a lot more by the end of this episode. Here’s what it means for him and the future of Chippendales. SPOILERS AHEAD!

Nick arrives in New York, hoping to create a Chippendales of his own. He calls it the US Male and proposes his idea to the investors. However, his peers don’t take his plans seriously, which leaves Nick in a state of despair. Not only has he found nothing in New York, but he also left behind the one good thing that was happening in his career. That is until he meets Bradford Barton, who promises to invest in his business, only if it is another Chippendales. This means that Nick has to go back to LA and make Steve an offer he cannot refuse.

Meanwhile, the Chippendales calendars take off and Steve is asked to supply as many as he can. The huge profit makes him buy an entire printing press, an expense that doesn’t please his wife Irene very much. He considers it just another investment and revels in his success, while Otis starts wondering why his photo didn’t make it to the calendar. Things escalate when he tries to make his own version of calendars and Steve doesn’t react to it the way Otis hoped he would.

Welcome to Chippendales Episode 4 Ending: What Does Ray’s Pledge of Allegiance to Steve Mean?

When Steve first started out, he was alone. It took a lot of effort and locking down the right people for him to turn Chippendales into the huge business that it’s now. While the others view it as a collaboration, a success that they count as their own, he only sees himself at the beginning, toiling away for the dream that he has now turned into reality. This is why he finds himself more alone when all of these people start to turn against him.

The betrayal starts with Nick. At first, he wanted a piece of Chippendales, but when he couldn’t get it in LA, he went all the way to New York to get it. He doesn’t present the new Chippendales as a plausible business opportunity to Steve. Instead, he forces it on him, threatening to turn it into a competing business and strip Steve of all that he’d worked so hard for. Seeing that there is no way around it, Steve is forced to give in to his demands. At least, he’ll have the money from it. But that’s not all.

When Nick leaves, he will take a chunk of LA Chippendales with him. Denise Coughlin will go with him, and so will probably a couple of dancers. In the few days of Nick’s absence, Chippendales had already been struggling. Things will only get worse once the party leaves for New York. On top of this, Steve finds Otis printing calendars of his own, which comes as another betrayal from a trusted person. However, Steve doesn’t hate Otis, so he hadn’t planned to fire him. But then, Otis quits and Steve is left wondering if there is anyone that he can trust.

This is when Ray shows up. He was in the printing room with Otis, but it’s clear that he was duped into the idea of making a new calendar. He feels extremely guilty about it, and as we’ve come to expect from him, he makes a dramatic speech about how there are serpents in the midst, ready to strike King Steve when they have a chance. He promises that no matter what happens, he’ll always be loyal to him, and kisses Steve’s hand like one would a king’s. He is doing nothing but stroking Steve’s ego, hoping that it will secure his position at Chippendales and profit him later. For Steve, however, loyalty is a much more serious issue now, and as things get worse, he will take up Ray on his offer to do whatever the king bids.

It is this paranoia of being backstabbed by everyone and this hatred towards Nick and anyone else who intends to harm his business that will flare in further episodes. Ray, as always, will fire up Steve’s anger and feed on his mental state to elevate his own status. But eventually, this will cost both of them much more than they are willing to lose.

Why Does Otis Quit Chippendales?

Otis joined Chippendales out of necessity. He needed the job to sustain himself and his family. It turned out to be lucrative, even though he didn’t like certain parts of it. Eventually, he grew to like that too, but more importantly, he got himself under Steve’s wing. He was impressed by Steve’s sharp business mind and hoped to learn a thing or two from him. In the beginning, he learned a lot, but then, Steve took a turn for the worse.

Despite being the most popular dancer at Chippendales, Otis finds it hard to accept that his picture is not on the Chippendales calendar. When he brings it up with Steve, the boss tells him that people aren’t yet ready to have a sparsely clad strange black man’s photo in their homes. Otis knows that the decision has more to do with Steve’s own racial prejudice, but if he has learned anything from Steve, it’s not to give up. If he can’t be on a calendar with white dancers, then he’ll make a calendar of his own.

As a businessman, Otis believes Steve will understand his idea and support it too. But then, Steve lashes out at him, accusing him of betrayal. This is when Otis understands that Steve is no better than anyone else. For him, everything is business, and he doesn’t care about him or any other dancer at Chippendales. Otis realizes that he has no future at this place because Steve will never see him as a contributor, let alone a partner. He will be reduced to a dancer, no matter how popular he gets. He will never be on Steve’s calendar, nor will any other black man, because it’s not good for business, and what’s not good for business is not valued by Steve. So, Otis decides that it’s time to quit.

Read More: Is Otis Mccutcheon Based on a Real Chippendales Dancer?