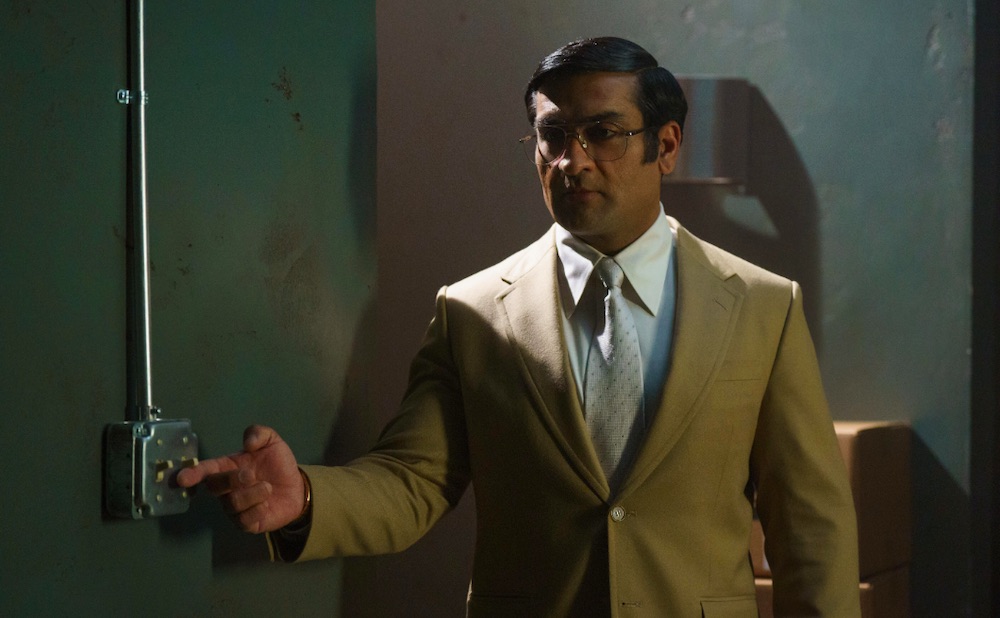 Hulu’s ‘Welcome to Chippendales’ enters the second half of its story with a vengeful Steve. Until now, it was about building a business and finding new ways to make more money through it. But now, things get tenser for the owner of Chippendales as he starts to think that the reputation he worked so hard to build is falling out of his hands. By the end of the episode, he exhibits the true extent to which he can stoop to get what he wants. We find Steve getting more desperate and, in the process, more dangerous. His actions in the fifth episode also set the stage for the eventual crime that the story has been building up to. Here’s what that ending spells for his future as well as that of Chippendales. SPOILERS AHEAD!

A new Chippendales is opened in New York and it is much bigger and better than the one that Steve still runs in Los Angeles. With Steve pretty much out of the way, Nick uses his freedom to do whatever he wants, and it shows with the maiden performance of his dancers. Previously, Steve had prevented Nick from going forward with the Hunkenstein routine because he found it too violent and unsophisticated. But seeing it in New York, he is all praises for Nick.

For a moment it looks like the distance between them might help them ignore, if not entirely forget, their differences. However, things turn sour when Nick is invited to a talk show and is hailed as Mr. Chippendales. Steve gets angry about Nick taking all the credit without ever mentioning Steve, so he decides to go on a talk show of his own, but things don’t turn out so well for him. The situation becomes even more outrageous when another nightclub in LA starts copying Chippendales.

Welcome to Chippendales Episode 5 Ending: Why did Steve Burn Down Electric Tomato Nightclub?

Despite their successful collaboration which made Chippendales a lucrative establishment, Steve and Nick found themselves at odds with each other just when things had started to get good. With more money rolling in, Steve wanted to exercise control on everything, so that he could make Chippendales unlike anything else out there. It is this fear of becoming just another establishment that haunts him. He has been there and done that before. He tried to run a backgammon club which failed stupendously. Following this, he tried everything that was already being done before and saw that he could never make a mark that way. It wasn’t until the originality of a strip club for women came along that Steve truly found success.

Before moving to New York, Nick made it clear that he had every intention of opening a rival club if Steve didn’t agree to his plan. Steve found it better to make money from another establishment that would be his rather than let Nick create something that would drain him of business. However, while he had some control along with a choice in Nick’s case, he doesn’t get any say when a place called Electric Tomato also starts following in the footsteps of Chippendales.

After money and success, credit is the most important thing to Steve. He doesn’t want others to rip off his hard work giving him nothing in return. He sees it happening with Electric Tomato, and he knows that when one business starts copying him, the rest will follow soon. This would mean that Chippendales wouldn’t remain one of a kind and his clientele would have the option to move to other places. Painful as it might be to watch people thrive on his idea, he refuses to accept that he can’t exactly copyright it.

Steve already feels that he has been leeched off by Nick, while Otis tried to do the same with the calendars. He can’t punish Nick, and Otis is already gone. But he can’t allow others to make money out of his hard work either. He decides to put a stop to it. If the owner of the nightclub won’t do it, he will have to do it himself. Steve decides to burn the place to the ground, a feeling that is exacerbated after the man from Electric Tomato doesn’t recognize him as the owner of Chippendales. The fact that he couldn’t go on TV and become famous has already been poking at him. It isn’t a secret that he loves famous people, but Nick took that away from him by appearing on talk shows and never even acknowledging Steve’s existence.

In the end, we find Steve calling upon Ray’s loyalty. In the last episode, Ray pledged his unwavering support to Steve, no matter how dire the situation got. Now, he is forced to do Steve’s dirty work. At first, Ray shows his hesitation to do what can land him in jail when caught. It is another thing to stroke Steve’s ego and to rile him up about others backstabbing him all the time. But it is an entirely different thing to actually go forward with burning down a place. Still, despite his reservations, Ray does as he was told.

This marks a huge evolution in Steve’s ambitions and the things that he is ready to do. It isn’t just about making money anymore. He has already done enough of that. Now, it is about being recognized, being famous, like all the people he has admired for so long. Electric Tomato tried to take that away from him, so he had it burned down. It won’t take him long now to do the same thing to Nick.

Read More: Were People of Color Really Not Allowed Into Chippendales?