What are Saskia Wotton and Dave “Frimmy” Frim’s Net Worths? 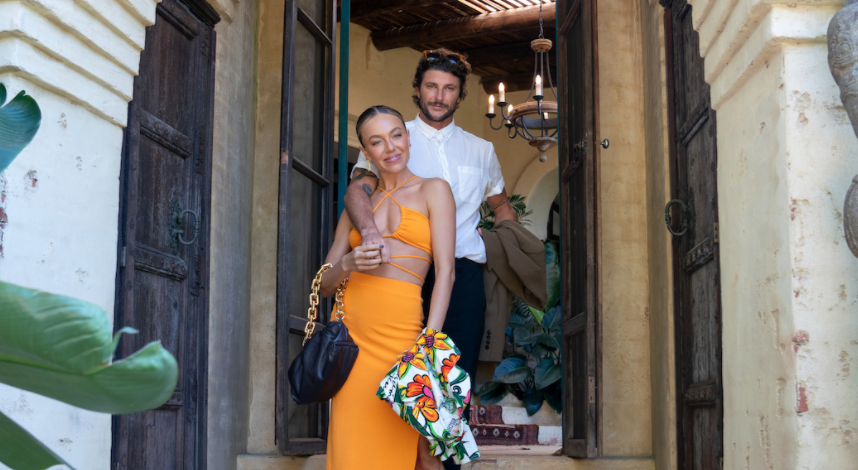 By revolving around a diverse set of artists, influencers, and entrepreneurs as they navigate life in one of Australia’s most stunning coastal towns, ‘Byron Baes’ is a Netflix original unlike any other. After all, not only is it the streamer’s first-ever reality series from down under, but it also gives us an authentic, inside look into the drama-filled experiences of entertainment hustlers. Amongst them were none other than the glamorous Saskia Wotton and Dave “Frimmy” Frim. So now, if you wish to delve into the details of their careers as well as net worths, we’ve got you covered.

How Did Saskia and Frimmy Earn Their Money?

While we do not know much about Dave “Frimmy” Frim’s background or educational qualifications, we do know that he’s both passionate and determined in all aspects of life. Coming to Saskia Wotton, she graduated from the Somerville House boarding and day school for girls in Brisbane before earning her Bachelor’s degree from the Whitehouse Institute of Design. From there, Saskia went on to work at a couple of fashion agencies and gained enough first-hand knowledge to land the role of Sales Director at Silk Laundry in mid-2018 — a position she still proudly holds today.

Moreover, being massive fashion, travel, food, and luxury enthusiasts, the “power couple,” as reality star Nathan Favro appropriately described them, are entrepreneurs as well. Dave is currently working on establishing a small yet extravagant boutique airline, whereas his partner Saskia is getting ready to launch the MUMA World brand. The Instagram profile for the latter merely states it’s “a new concept for a new world,” one that will reveal itself to the globe sometime in 2022.

What Are Saskia and Frimmy’s Net Worths?

Considering how Saskia Wotton and Dave “Frimmy” Frim not only travel quite often but are also open to trying new things, whether it be in terms of activities or food or their businesses, it’s safe to say that they’re very well-off. Another clue of the Byron Bay residents’ wealth is that they are animal lovers — parents to Ben the Cocker Spaniel — who can often be seen horse riding near the beach. That much is evidenced on the Netflix original and on Saskia’s Instagram account, as seen below.

Therefore, even though the duo has never explicitly disclosed anything concerning their incomes or assets, according to our conservative estimates, while Saskia Wotton’s net worth is in the $1 million range, Dave Frim is likely worth around $5 million.