What Happened to Bishop Thomas Marx? Why Is He Not in Evil Season 3? 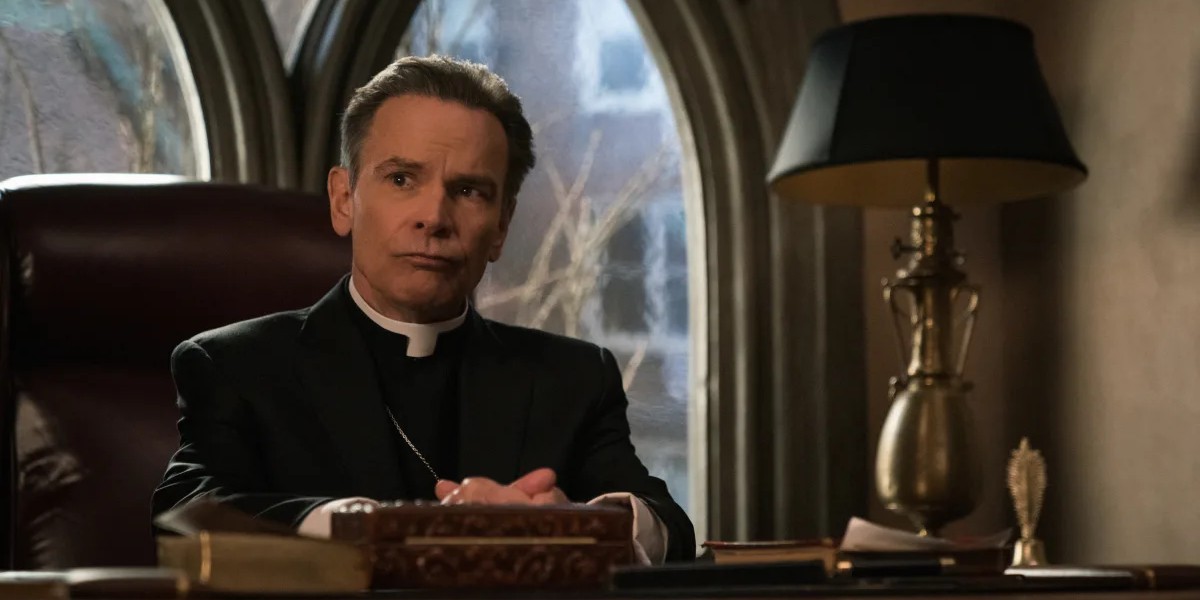 ‘Evil’ is a supernatural drama series created by Robert and Michelle King. It follows a priest in training, David Acosta, a devout man who teams up with forensic psychologist Kristen Bouchard and tech expert Ben Shakir to investigate paranormal cases. The trio is employed by the Catholic Church and works as assessors.

For the first two seasons, Bishop Thomas Marx (Peter Scolari) is present to guide the trio through their baffling discoveries and inexplicable experiences. However, Marx is missing from the show’s third season. If you are wondering about Mark’s whereabouts and seek an answer about his absence from ‘Evil’ season 3, here is everything you need to know! SPOILERS AHEAD!

What Happened to Bishop Thomas Marx?

Bishop Thomas Marx is introduced in the ninth episode of the first season, titled ‘Exorcism Part 2,’ with actor Peter Scolari (‘Lisey’s Story‘) essaying the role. Marx is a veteran church official who is several years of experience dealing with the occult. He assigns David and his team cases related to supposed paranormal incidents. However, Marx himself remains skeptical of the presence of supernatural forces in most of these cases.

Marx takes on a more prominent role in the second season and works closely with David and his team. He is also authorized and possesses the skills to perform exorcisms. Marx is last seen in the eleventh episode of season 2, titled ‘I Is for IRS.’ In the episode, Marx assigns David and his team to investigate the New Ministry of Satan. After resolving the issues with IRS’ help, Marx isn’t seen again in season 2.

Why Is Bishop Thomas Marx Not in Evil Season 3?

Bishop Thomas Marx does not appear in the show’s third season. His absence isn’t directly addressed on screen in the season 3 premiere. However, the character has been effectively written off the show due to a real-life tragedy. Actor Peter Scolari who essays the role of Bishop Marx sadly passed away on October 22, 2021.

The veteran actor was diagnosed with leukemia two years prior, and the disease ultimately robbed the world of the talented actor’s presence. Scolari was 66 years of age at the time of his death, and his performance in ‘Evil’ season 2 is among his final acting credits. Creators Robert and Michelle King lamented the actor’s passing and expressed praise for his work on the show through a joint statement released in October 2021. “Watching his dailies was always a thrill because you saw his craft in action. He worked with us right up until April 27 (2021), and he was great in every episode. We are going to miss him dreadfully,” reads the statement.

Other cast members such as Mike Colter (David Acosta) and Aasif Mandvi (Ben Shakir) also shared heartfelt tributes to Scolari through social media posts. The third season premiere of ‘Evil,’ titled ‘The Demon of Death,’ is dedicated to Scolari’s memory. Scolari’s untimely death means that his time on ‘Evil’ as Bishop Thomas Marx has ended abruptly. Fans can only hope that future episodes will provide some closure by addressing the character’s whereabouts in the show’s universe. Nonetheless, viewers will remember Scolari’s turn as Bishop Marx for his infusion of humor into the otherwise dramatic and dark narrative of the show.