What Happened to Earth in The Colony? What Is Chelicerata? 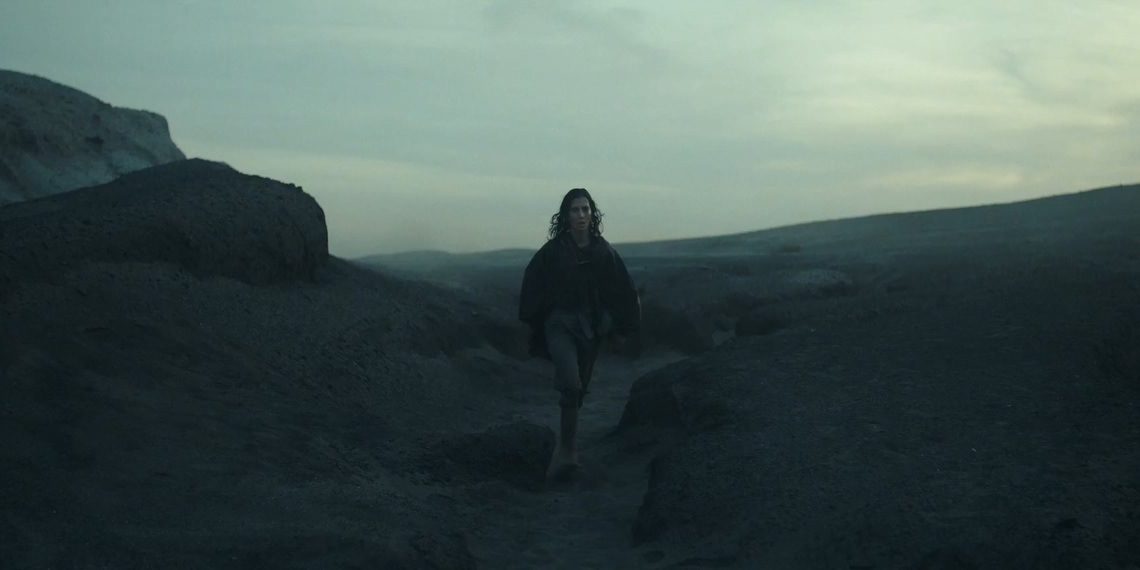 Swiss director Tim Fehlbaum unveils a chilling vision of the future in the post-apocalyptic indie sci-fi thriller ‘The Colony’ (originally titled ‘Tides’). The story follows earthbound astronomer Louise Blake on a research mission. In turn, she comes to find the answers to her past. The intergenerational tale takes us to an unfamiliar planet, which we come to know at the outset, is earth. The land is awash twice a day, and the remaining handful of people live on boats by night. However, what happened to the world, and how is it relevant? Also, what is the weird-looking creature at the beginning that Blake inspects? Let us probe further, but watch out for spoilers.

What Happened to Earth In The Colony?

In the early sequence, Louise Blake free-falls through the stratosphere of a future Earth along with two fellow astronauts, while we are given a context in a title card – “Climate change. Pandemics. War.” However, they do not prepare us for the surreal landscape where they descend. The erratic muddy land supposedly lies somewhere in the middle of the Pacific. As the audience barely knows the filming location, the barren land flooded twice a day comes off as chilling. The dizzy camerawork makes it all the more cathartic. 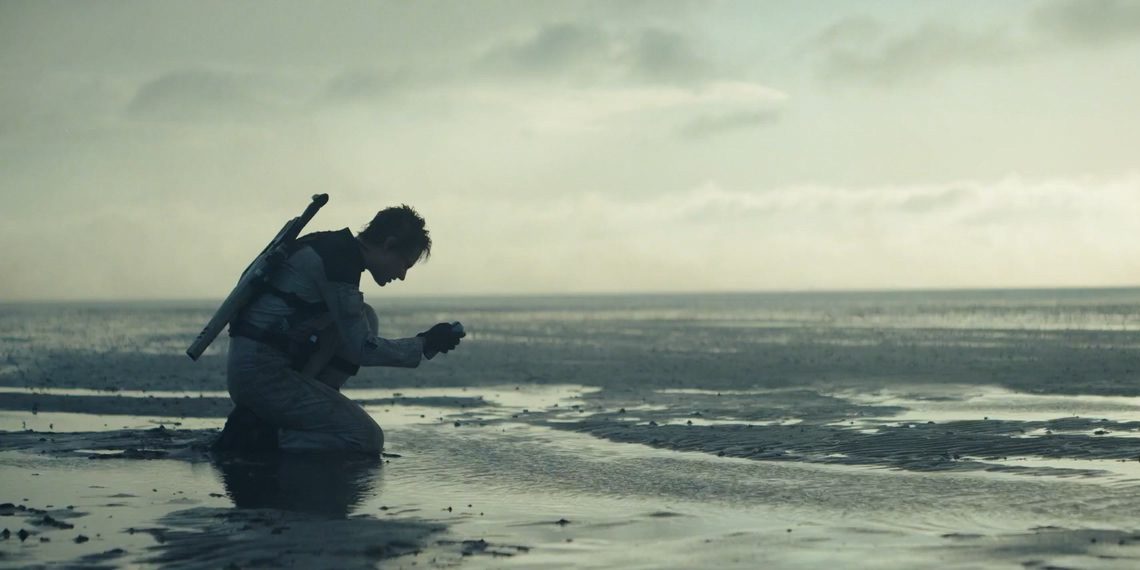 We keep wondering what happened to the planet, which gives a killer premise to entice the audience. The directors went to great lengths to research the plot. He even contacted the Deutsches Zentrum für Luft- und Raumfahrt, the German equivalent to NASA. Initially, he planned to devise the story so that the landscape would represent a different planet. He also imagined the planet’s identity to be a suspense element in the story.

Towards the end, the audiences would have a wow moment with the revelation that the planet is actually earth. However, the creative team finally decided to let the audiences know the planet’s identity from the early moments. However, the context of the dystopia lies in the three sharp jolts to the consciousness of the title card. The moral of the story – we should act to save the planet before it spins out of control.

In a flashback sequence in the movie, Blake’s father tells her the story of humanity’s first discovery – fire. He gives her a matchbox, presumably from the first human-crewed mission to the moon. He also speaks of the four elements, of which Blake has little to no idea. Kepler’s environment has no air, and without oxygen, you cannot light a fire. Moreover, the director learned from the scientists at the German Nasa that one thing uncertain about space travel is radiation – Kepler’s radiation decreases fertility in both males and females. However, the earth is a giver despite its desolate state.

Blake checks the bio-meter to know if her fertility comes back, and she initiates her menstrual cycle eventually. We come to know that Neil is the son of Blake’s father – which proves that coming back to earth may be fruitful for the Keplerians. The ending brings us to a boat – three generations of a family come together on the deck for the first time in a while. The suggestion is that we must stop plundering the world for the generations to come – so that Blake does not have to lie to Neil about whether trees will ever grow on the planet. 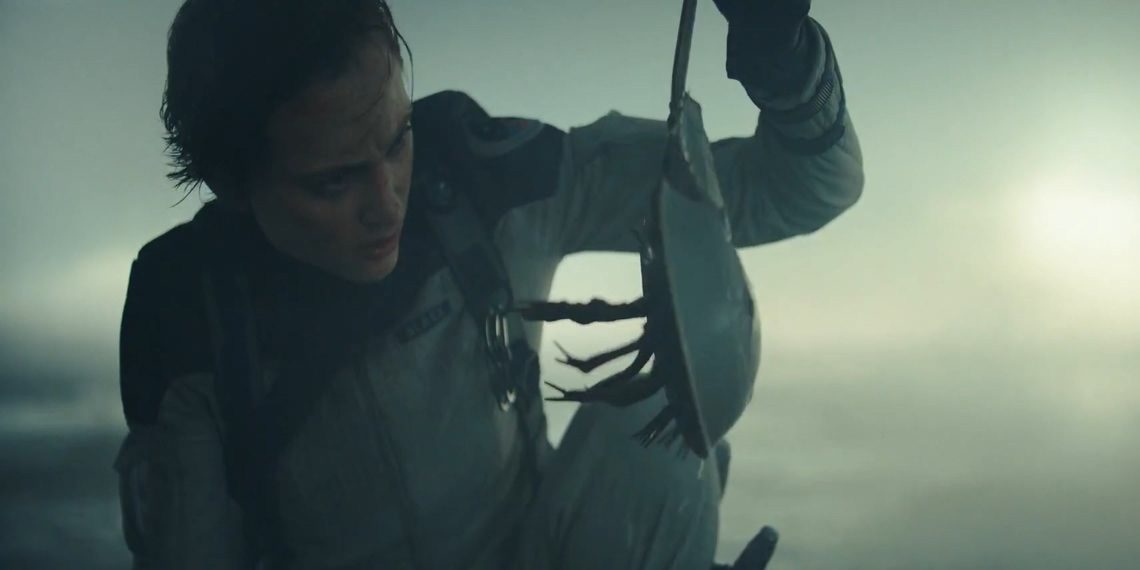 On the first recon, one of the creatures Blake finds is a visually giant and seemingly alien insect. Her fellow wounded passenger Tucker tells her that the creature is a Chelicerata. Now, biology nerds probably know what Chelicerata is, but if you are not one of them, you must be scratching your forehead. To illuminate you, Chelicerata is a significant subdivision amongst Arthropods. They date back to 508 million years, and there are possibly around 500,000 unidentified species still crawling on the planet.

The family contains varied creatures such as sea spiders, spiders, scorpions, mites, and even some extinct species. However, the movie shows a unique one – a horseshoe crab. You may think that these guys live millions of years – their lifespan is 20 years or so. However, they rely on internal reproduction, as Tucker informs Blake. Thus, they can live under the adverse conditions of the tidelands.