What Happened to Janine on House of Payne? Where is She Now? 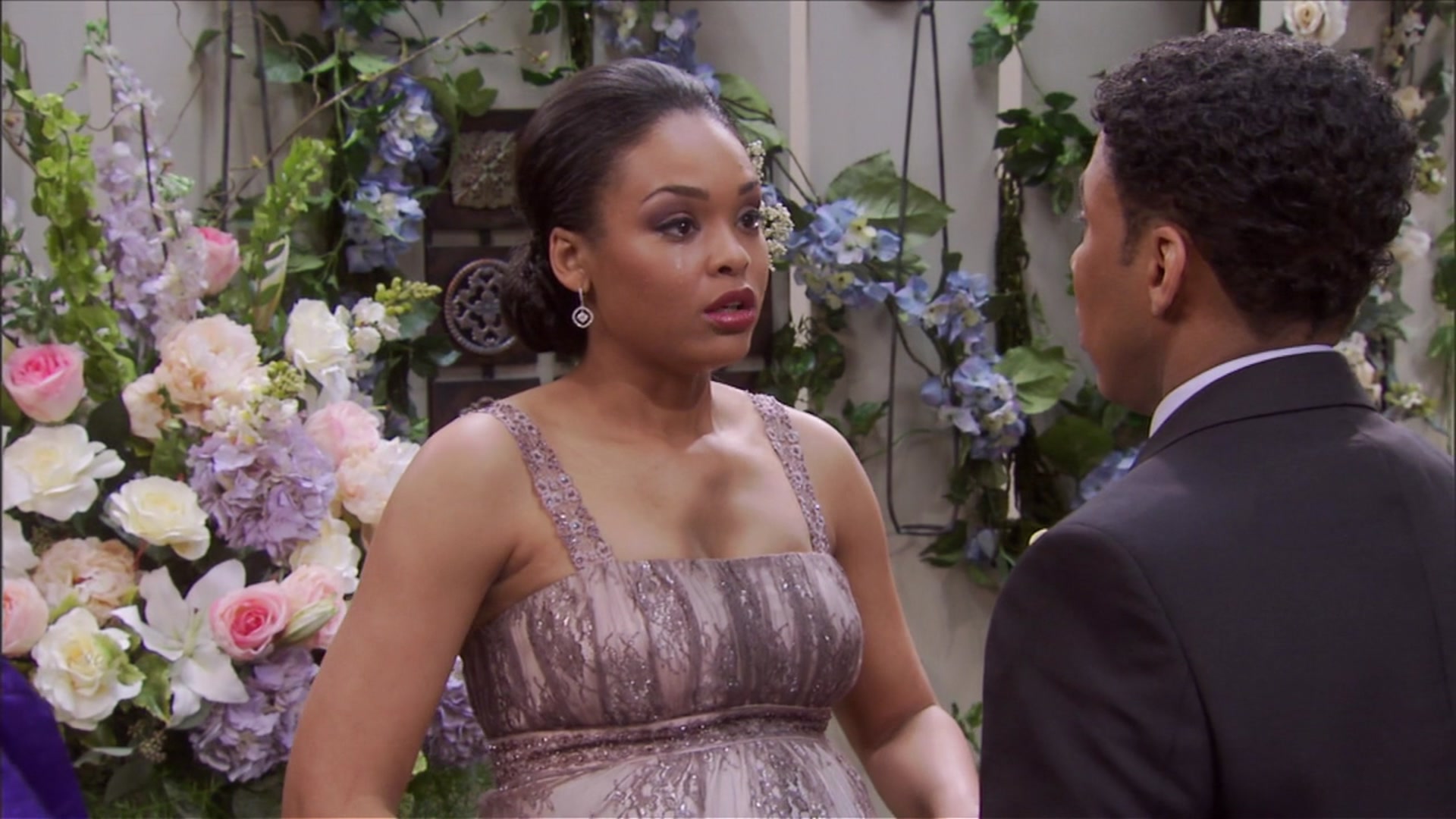 Demetria McKinney portrays Janine Shelton-Payne in the sitcom ‘House of Payne.’ Set in suburban Atlanta, the show revolves around the titular family that is headed by Curtis Payne and his wife, Ella. Janine is the wife of their nephew CJ. In the earlier seasons, Janine has a rocky presence in the series. It is revealed that she is battling addiction, and she and CJ eventually get divorced. Ella helps her get back on track, and CJ and Janine remarry when they realize that she is pregnant once again with his children, the twins Jayden and Hayden.

However, when the show returned with season 9 after a long hiatus of about eight years, fans noticed that Janine is not seen that often in the recent installments of the show. Moreover, Demetria McKinney has also been credited as a recurring cast member and not a regular for seasons 9 and 10. Naturally, you must be curious to know what is the reason behind this move. Here is all that we know!

What Happened to Janine on House of Payne?

‘House of Payne’ is currently airing its tenth season, and fans miss seeing Janine more often. The reason for Demetria McKinney’s limited involvement in the show is that a lot of work is coming her way. This is usually the trouble with most revivals, as it is difficult for cast members to put aside the projects they have been doing and dedicate as much time to the show they used to be a part of. Lately, McKinney has had her hands full with several TV shows.

McKinney appears in ‘A House Divided’ as one of the prominent characters, Carissa Walker, and the actress essays the role of Anacostia Quartermaine in the supernatural drama series ‘Motherland: Fort Salem.’ You may also recognize her as Tamara in the first four seasons of ‘Saints & Sinners’ and June Pointer in ‘American Soul.’ While you might miss seeing McKinney more frequently on your favorite show, there is no doubt you must be delighted for the actress as her career is reaching new heights.

For those who do not know, McKinney has been through some challenging times in the past, making her current success even sweeter. The actress has often spoken about being homeless and abused at a very young age. She also gave birth to her son Cairo when she was in her late teens. McKinney always dreamed of being an entertainer, and she has struggled hard to get where she is now. When McKinney was at her rock bottom, her extended family members helped her get back on her feet despite the struggles they were facing.

In an October 2017 interview, the actress and singer-songwriter shared how she used her experiences to portray Whitney Houston in the biographical film ‘Bobbi Kristina.’ She said, “Like anybody else, she had her demons. I had to get into that space that I didn’t want to get back into. So, my mother…my biological mother is still married to the man who tried to molest me. I have been homeless due to that situation. I have been pinned to a tree and beat up by a boyfriend.”

She added, “These dark places that you go to in order to be an actress I never really had to go to because I already had that thing in tune. But to get to some of the places that she would feel, I had to become the most vulnerable I have ever been.” In May 2020, McKinney told ABC7, “It was ironic to me that the people who seemingly had the least were the most giving.” The actress revealed that it is the values of perseverance and empowerment that she drew from for her experiences for her role in ‘Motherland: Fort Salem.’

Therefore, McKinney believes in using her influence to motivate other women who might be going through something similar. For her, storytelling is an effective medium to do that. McKinney also credited her son for teaching her a lot. He became the driving force that pushed the actress to aspire for more. In her youth, she began taking up roles in theater productions at college, and Tyler Perry discovered her during one such performance. That is how she landed the role of Janine, and then, there was no looking back for the talented actress.

Several times in the past, McKinney has expressed how grateful she is for the opportunity that changed her life. Therefore, we can look forward to seeing Demetria McKinney reprise her role as Janine in the eleventh season as well, although she might continue to be a recurring star. The much-loved series was greenlit for season 11 before the tenth season hit the screens.

Read More: Did Ella (Cassi Davis) From House of Payne Have a Stroke?