Where is Saints and Sinners Filmed? 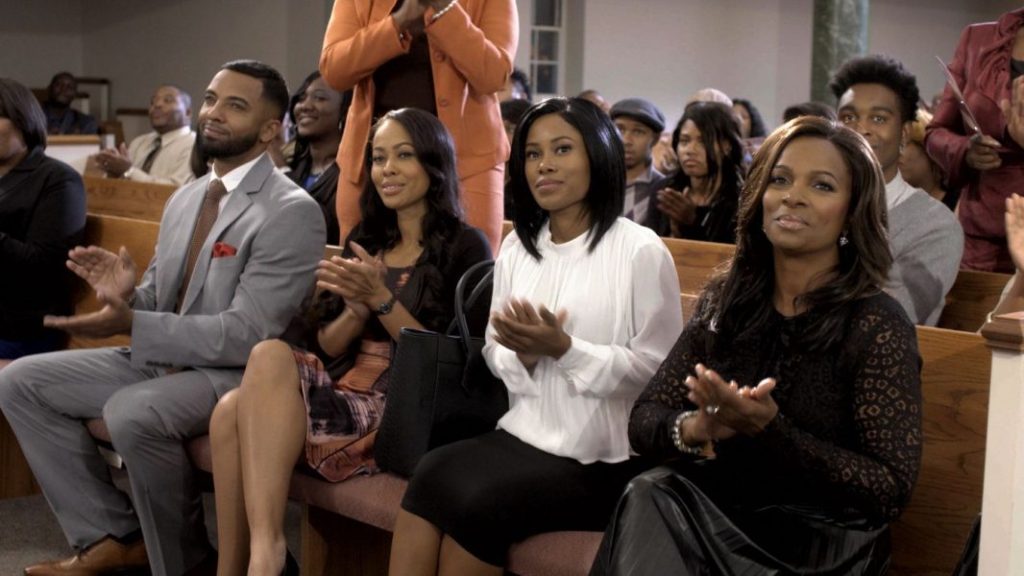 ‘Saints & Sinners’ is a soap opera television series (created by Ty Scott) that airs on Bounce TV. The show revolves around the Greater Hope Baptist Church and the close-knit community of its members whose dark and sinful secrets are guarded by the church. The series is set in the small town of Cypress in Georgia. The town’s culture closely matches the culture of Georgia, and it reflects in the locations featured in the show. The locations also help to establish the influential and somewhat extravagant lifestyle of the families. But where is ‘Saints & Sinners’ actually filmed? We’ve got the details for you right here!

Filming of ‘Saints & Sinners’ occurs in Atlanta, Georgia, on location and on soundstages. The city stands in for the fictional town of Cypress seen in the show. Principal photography on the first season of the show began in January 2016. Let’s take a closer look at the filming spots of ‘Saints & Sinners.’

The capital of Georgia, Atlanta, is the primary filming location of the show, and most of the production is based out of the city and nearby areas. Almost all of the show’s indoor scenes are filmed on soundstages at the ATL Film Studio, located at 110 Thompson Rd, Hiram in Paulding County. The production facility is owned by the show’s production company Swirl Films and consists of two soundstages (named Stage 1 and Stage 2) of 20,000 square feet in area. Pre-existing sets in the facility include a house, hospital, saloon, school, basement, offices, restaurant, and apartments, which are also often used for filming.

Some portions of the show are filmed on location across Atlanta. A few scenes for season 2 were filmed at Kupcakerie, a cupcake store situated at 2781 Main Street, East Point. Atlanta (along with its neighboring towns) has become a favored filming destination for Hollywood productions due to the variety of landscapes and production facilities it offers along with skilled labor. Other TV shows filmed in the city include ‘Ozark,’ ‘Stranger Things,’ and ‘The Vampire Diaries.’

Filming an episode of Saints and Sinners at the Kup. #atlwood pic.twitter.com/roZTH4O4oh

In the show, the Greater Hope Baptist Church congregation, which originally comprised of ten members, plays an important role in the Civil Rights movement. Similarly, Atlanta has also played a crucial role in the Civil Rights movement in the real world. The city’s racial composition comprises a majority of black people, and historically, Christianity (both Protestant and Catholic) has been the focal religion of Atlanta. This makes it a highly suitable filming destination for a show featuring a church-led community in a predominantly black neighborhood.