What is Angelyne’s Net Worth? 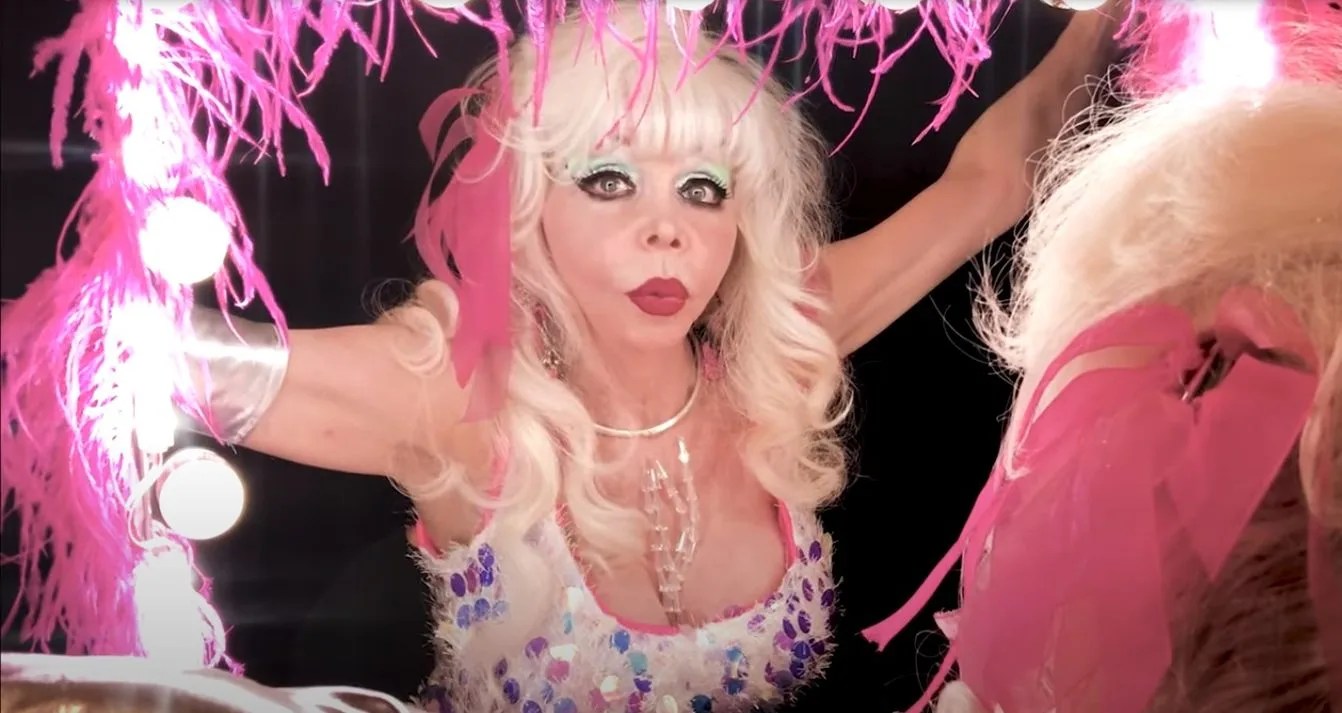 Ronia Tamar Goldberg, popularly known as Angelyne, is an actress, singer, and model who was born on October 2, 1950, in Chmielnik, Poland. Her parents, Bronia Zernicka and Hendrik Goldberg, were Holocaust survivors who endured the horrors of Nazi concentration camps. After the liberation by allied forces, they moved to Poland for a while before eventually settling down in the United States after living in Israel for a while. Therefore, Angelyne spent most of her early life in the Fairfax District of the City of Angels, where she attended the James Monroe High School.

As per reports, Angelyne tied the knot with Michael Alan Strauss in January 1968, when she was 18. Unfortunately, the marriage did not last long as the couple parted ways the following year. Angelyne dreamt of becoming famous from a very young age, and she turned most of her dreams into reality despite the hardships in her path. With the release of the Peacock TV miniseries titled ‘Angelyne,’ there are several speculations online on different aspects of the singer’s life, including her net worth. In case you are wondering how much has Angelyne earned in her career so far, we have got you covered.

How Did Angelyne Make Her Money?

Angelyne made her film debut in 1974 when she made an appearance in the rock musical rock comedy film titled ‘Phantom of the Paradise.’ She went on to work in several other movies like ‘The Wild Party,’ ‘Can I Do It… ‘Til I Need Glasses?’ and ‘The Frisco Kid’ in the following years. Then in 1978, she joined Baby Blue — the band of her boyfriend at the time — and performed in several clubs in Los Angeles. The punk rock band released their first single, “Rock n’ Roll Rebel,” in the same year but failed to gain ground.

While the failure of Baby Blue may not have been pleasant, Angelyne did not give up on her singing career and released her self-titled debut album in 1982. However, despite appearing in a few films, Angelyne was yet to achieve any recognition and fame for her work. All of that changed in the following years when her first billboard, along with the tag “Angelyne Rocks,” went up on Sunset Boulevard. As billboards started popping up in Los Angeles, she soon began grabbing headlines.

In the next few months, Angelyne became a household name in the region, which came with more opportunities in the entertainment industry. She went on to work in movies like ‘The Malibu Beach Vampires,’ ‘Hardcase and Fist,’ ‘The Underground Comedy Movie,’ ‘King of Hollywood,’ and ‘The Disaster Artist’ among many others. Following her self-titled album debut, she also released ‘Driven to Fantasy’ and ‘Beauty & the Pink.’ Angelyne also made several appearances in documentaries, television shows, and music videos in her decades-long career.

In the late 90s, she even used to offer visitors tours of Sunset Boulevard and Hollywood via her website. A go-getter from a young age, Angelyne’s fascinating life, with its ebbs and flows, is now documented in its entirety in Peacock TV’s show titled ‘Angelyne.’ Looking at her career, it’s evident that she has probably earned a worthy fortune over the decades. So, without wasting any more time, let’s have a look at her net worth.

Read More: Where Was Angelyne Filmed?