What is Danny Koker’s Net Worth? 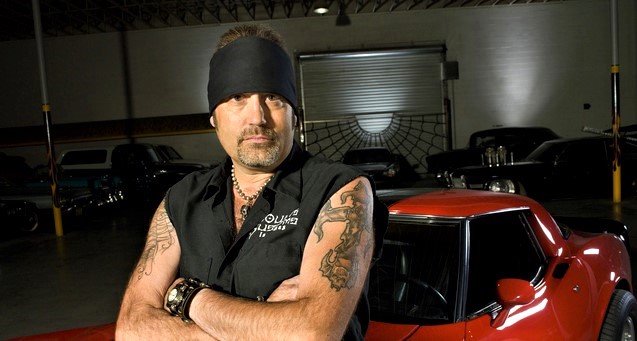 Star of History channel’s long-running reality television series ‘Counting Cars,’ Danny “The Count” Koker is a car restorer, entrepreneur, and a vocalist of a hard rock band. Born on January 5, 1964, in Cleveland, he found himself surrounded by cars from a young age as his family was exclusively employed by the Ford company. The early influence helped Danny learn the technicalities of the automotive industry, and he went on to become a master of automobile restoration. The self-taught mechanic now rules the restoration business in Las Vegas, but he has never let it become a limitation of what he can or cannot be.

Therefore, it is not surprising that apart from being a car restorer, he is also a vocalist who runs multiple businesses. Danny is married to the Las Vegas-born businesswoman Korie Koker, and over the years, the couple has stuck by each other’s side through thick and thin. With each season of the History channel show, the popularity of the famed reality television personality has skyrocketed, and fans are now more curious than ever before to learn more about his career and overall wealth. In case you are curious about the same, we have got you covered.

How Did Danny Koker Make His Money?

Danny Koker made his first television appearance a long-time ago as a host on a weekly B-movie show titled ‘Saturday Fright at the Movies’ as “Count Cool Rider.” Although the series was of little help in establishing his television career, the experience that Danny gained later helped him to be himself in front of the camera. Once he was in Las Vegas, Koker used his extensive knowledge of the automotive industry to establish a car customization and restoration shop named Count’s Kustoms.

With the preferences of its customers in mind, the business helps them build their dream cars without ever compromising on quality. While Danny was building a lucrative car restoration business from scratch, he made recurring appearances on the reality television show ‘Pawn Stars’ as an expert. It later helped him get his own show, ‘Counting Cars,’ which is now rated as one of the best car shows in television history.

Interestingly, Danny’s career is not only limited to the television industry. As we have already mentioned, he is the founder and lead vocalist of a hard rock band named Count’s 77. Koker embarks upon tours and regularly performs at shows with his bandmates. The group enjoys a dedicated fanbase. The car restorer is also the owner of Count’s Vamp’d Rock Bar & Grill, a bike-themed eatery located at 6750 West Sahara Avenue, Las Vegas, and Count’s Tattoo Company at 3700 W Flamingo Road.

Danny reportedly makes $100,000 per episode for his appearance on ‘Counting Cars’ alone, and according to some estimates, he has earned about $1.6 million from a single season of the show on some occasions. The mind-boggling sum of money that Danny makes from the television series alone brings us back to the original question: What is Danny “The Count” Koker’s net worth? Let’s have a look at it!

Danny “The Count” Koker’s net worth is estimated to be around $13 million. Since the History channel series continues to be a huge success and his businesses are doing great as well, it won’t be wrong to presume that Danny’s net worth is going to increase in the coming years.

Read More: Who is The Count’s Wife? Does He Have Kids?