What is Doug Benson’s Net Worth?

Born on July 2, 1962, Doug Benson is a comedian, TV show host, and actor. His father, Robert Matthew, was a salesman, while his mother, Wendy, worked as a pharmacy clerk. Doug was active in the drama department during his high school years, and he later studied at Grossmont College. After his graduation, Doug followed his heart and chased a career in the entertainment industry. Interestingly, his career in comedy began with an immature dare, and in just a few years after that, he became a well-known comedian.

Doug is also a marijuana rights advocate, and he has publicly admitted that he smokes marijuana regularly for around three decades now. Marijuana has been used as a subject in several of his comedy sketches and performances. Doug’s career as a comedian and an actor now spans over a few decades, so it’s not surprising that it has helped him earn a considerable fortune. However, we would like to give you an overview of his career so far before we tell you his net worth.

How Did Doug Benson Make His Money?

Doug Benson’s initial appearance on television was in the 80s and early 90s on Comedy Central shows like ‘The A-List’ and ‘Two Drink Minimum.’ He appeared as a comedian on these shows and went on to write for the MTV show ‘Trashed.’ In the meantime, he also worked in the less-known films, ‘Return of the Living Dead Part II’ and ‘Captain EO.’ However, he later played minor roles in several popular television shows like ‘How I Met Your Mother,’ ‘Friends,’ ‘Curb Your Enthusiasm,’ and ‘Yes, Dear.’ His career truly started picking up in the 2000s when he worked on numerous television shows and movies. 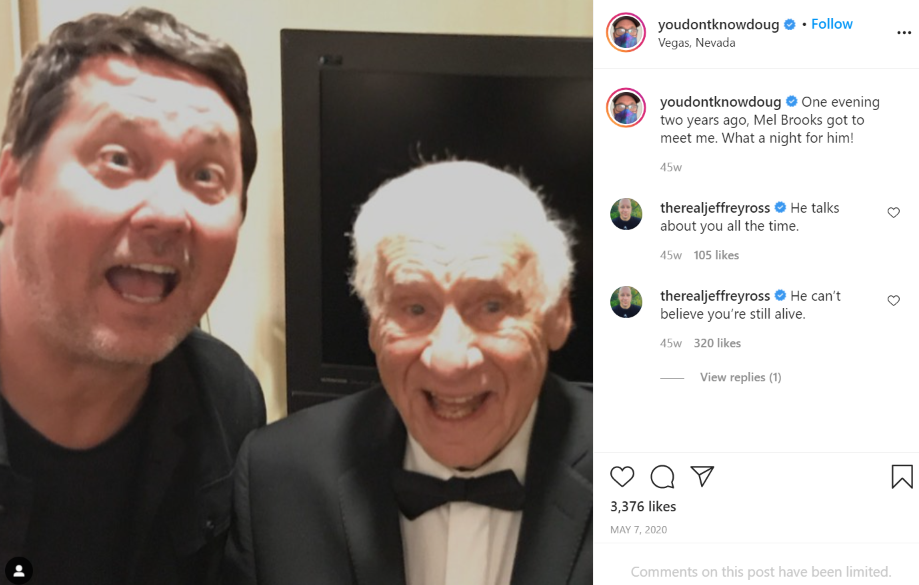 In 2004, Doug came up with his own comedy stage show named ‘The Marijuana-Logues’ along with his friends Tony Camin and Arj Barker. He was also a contestant in the fifth season of the talent competition ‘Last Comic Standing.’ Doug headlined the 2007 marijuana documentary film ‘Super High Me.’ He then appeared in Comedy Central’s ‘The Benson Interruption’ in 2010 before it became a podcast in the following year.

Benson also released his comedy albums while working in the television industry. ‘Unbalanced Load,’ Doug’s second album, was released in 2009, and it was followed by the release of ‘Hypocritical Oaf’ (2010) ‘Potty Mouth’ (2011) ‘Smug Life’ (2012), ‘Gateway Doug,’ (2013) and ‘Promotional Tool’ (2015). Benson also records quite a few podcasts, the most famous one being the weekly ‘Doug Loves Movies’ podcast, in which he and his guests (an array of comedians and Hollywood Who’s Who) talk film and comedy.

He has worked in several films like ‘Mr. Roosevelt,’ ‘The Lego Batman Movie,’ and ‘Heckler.’ Doug is also the host of the YouTube talk show ‘Getting Doug With High’ and was the judge of ‘The High Court with Doug Benson.’ His impressive career so far as a comedian and sometimes as an actor has helped him earn a vast fortune, so without further ado, let’s have a look at his net worth.

Doug Benson’s net worth is estimated to be around $3 million. He continues to be actively engaged in the entertainment world, so we can expect his net worth to inflate in the coming years.

Read More: What is Sacha Baron Cohen’s Net Worth?