What is Iman Vellani’s Ethnicity? Is Ms. Marvel Actress Dating Anyone? 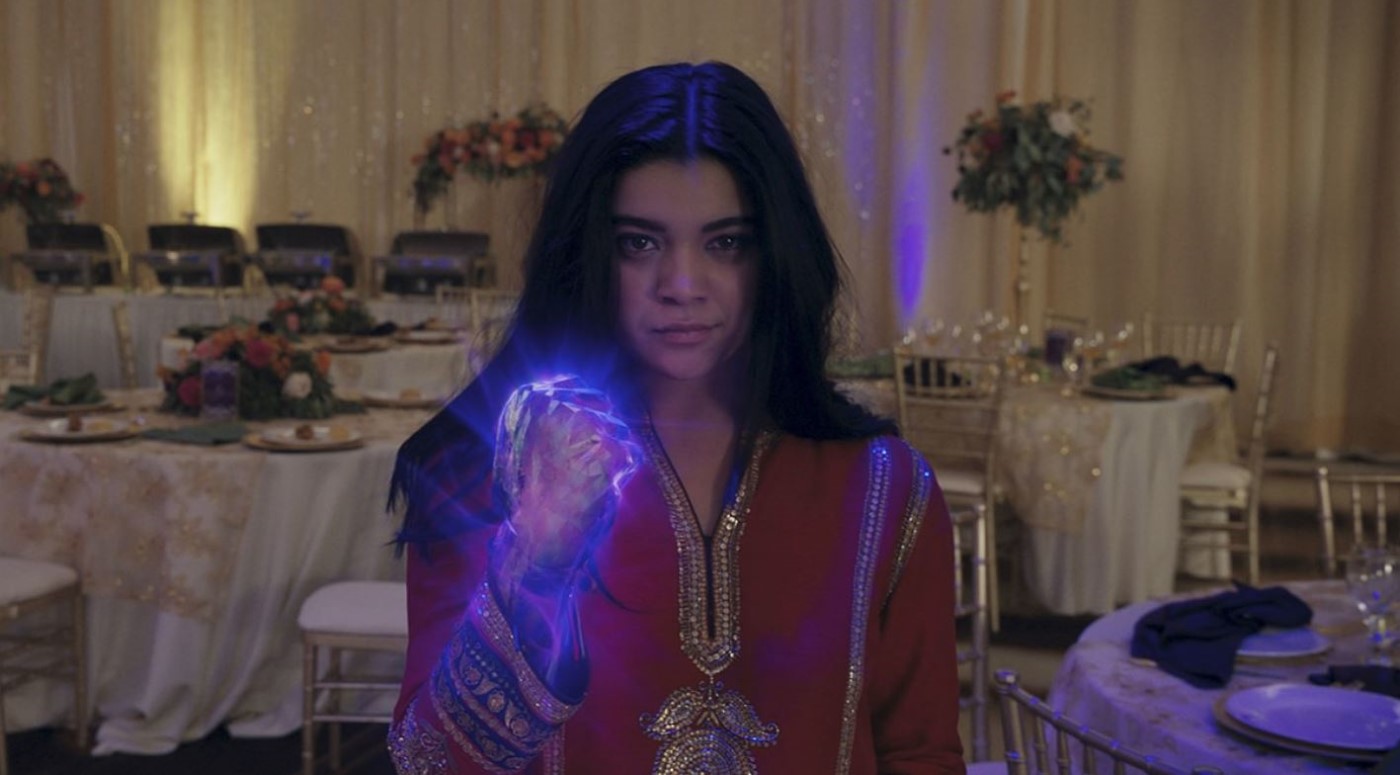 Created by Bisha K. Ali, ‘Ms. Marvel’ adds the eponymous superhero to the long list of names in the Marvel Cinematic Universe. The action-adventure series revolves around Kamala Khan, who is an avid fan of the Avengers, especially Captain Marvel. Her life as a normal teenager is forever changed when she gains the capability to harness cosmic energy using a magical bracelet. The show is a much-awaited adaptation of Marvel’s first-ever Muslim superhero to headline their own comic.

It’s inevitable that whoever steps up to portray the role of the superhero teenager would be under a lot of pressure. Fortunately, Iman Vellani seemed to be more than up to the task. The miniseries may have been her first ever on-screen performance, but she did a fantastic job and has gained quite a fan following. With her name attached to such a big project, many are eager to know more about the actress. If you are in the same boat, we have your back.

Iman Vellani was born on September 3, 2002, in Karachi, Pakistan to Ismaili Muslim parents. When she was just a year old, her parents moved with her to Canada. Growing up in Markham, Ontario, Iman was always a superhero fan and would often go to stores to get comic books of her favorite characters. In reality, Iman’s life seems to bear quite a resemblance to that of Kamala Khan’s. The character first made an appearance in August of 2013 in the graphic novel world and soon found a fan in the Iman. The young superhero bagged its own comic book series in 2014.

“The first issue of Ms. Marvel I picked up was when Kamala is celebrating Eid. I showed it to my dad!” Iman told Guardian. Her obsession with Iron Man ran so deep that she would spend the $20 that her parents gave her as an allowance on McDonald’s and Iron man comics. This led her to meet the character she would portray in her future. “One day, I picked up an Ironheart comic, and Kamala was on the cover. I was like: ‘Oh my God, who’s this brown person?’ That’s when I went on a whole Ms. Marvel bender,” the actress shared.

The news surrounding Iman’s casting as Ms. Marvel was welcomed by many. Not unlike how Iman felt represented thanks to Ms. Marvel, her portrayal of the character for the Marvel series will bring that connection to many more. Several artists within the entertainment industry, like Kumail Nanjiani, Mindy Kaling, and Farhan Akhtar, showed the debutant actress immense support and wished her the best for her present and future endeavors.

What a joy in these trying times to see that #MsMarvel (a Pakistani American teen superhero!) has cast its lead role, a young actress named Iman Vellani! Congrats to you! I can’t wait to see the show! ❤️❤️❤️❤️#RepresentationMatters

Iman’s family hails from Pakistan but, as mentioned, spent most of her life in Canada. Apart from her supportive parents, Iman also has an older brother in her immediate family. We may have her dear brother to thank for her obsession and eventual career path, as he is the reason Iman grew around everything Marvel. “I have a brother who’s six years older than me, and we only ever watched stuff that he wanted to watch – Lord of the Rings, Pirates of the Caribbean, and the MCU.” Iman shared.

Is Iman Vellani Dating Anyone?

As of writing, there is no news regarding a romantic interest in Iman’s personal life. Furthermore, the young actress has a minimal presence on social media, and most of her posts are focused on her projects as an actor. Therefore, we believe Iman is fully investing her time and energy in developing her career. No matter her romantic status, we wish her all the best in her professional and personal life and hope to see her in many more great projects.