What is Jason Hawes’ Net Worth? 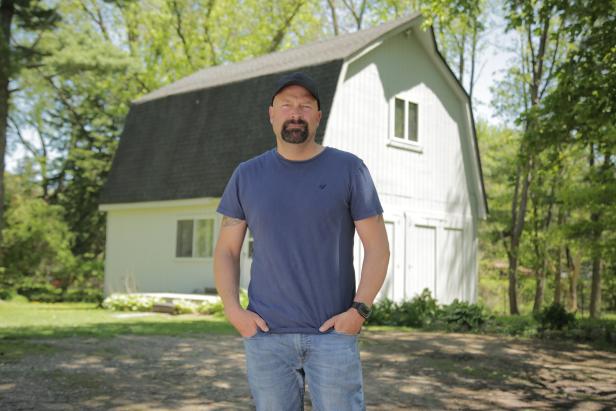 Jason Hawes, born on 27 December 1971 in New York, is an American plumber, paranormal investigator, and a TV personality. At the age of 20, Jason had his first paranormal experience, when his then-girlfriend, a Reiki practitioner, manipulated his life force energy. After having a few more experiences of a similar nature, Jason decided that he wanted to become a paranormal investigator.

Jason Hawes founded the Rhode Island Paranormal Society (RIPS) in 1990 as a support group for people who underwent paranormal experiences. However, after meeting Grant Wilson, he re-named it to The Atlantic Paranormal Society (TAPS). Jason went on to host one of the most popular paranormal tv series ‘Ghost Hunters.’ Read on to find out what the life and net worth of a ghost hunter is like.

Jason is married to his former ‘Ghost Hunter’ co-star Kristen Cornell. The couple has been together for a long time, and have five kids together; three girls – Samantha, Hailey, and Sator, and twin boys – Austin and Logan.

In 2013, Kristen had to be hospitalized due to an infection in the brain. Thankfully though, she was able to recover and is now happily living her life with her husband and kids without any complications. The couple even stated that this scary incident helped them get closer and made their relationship even stronger.

Although Kristen and Jason have to deal with being away from each other for extended periods due to Jason’s job requirements, they have been able to make their relationship work. Proud of all that her husband has achieved, Kristen is happy to take care of their children while Jason follows his passion and hunts the paranormal.

How did Jason Hawes Earn his Money?

Before he was a famous TV personality and ghost hunter, Jason was a plumber who worked with Roto-Rooter Plumbing and water cleanup services based in Iowa. Jason started investigating paranormal places as a part-time job, but it led to him producing and starring in Syfy’s hit series ‘Ghost Hunters.’ The original series featured Jason Hawes and TAPS co-founder Grant Wilson as the lead investigators going through haunted places not only across the United States, but in Ireland, UK, and Canada as well.

A couple of years after ‘Ghost Hunters’ ended, Jason created a podcast at Beyond Reality Radio, where he talks about ghosts, aliens, and everything else paranormal. This podcast that started in 2018 is still going on today.

Jason Hawes currently stars as one of the lead investigators in ‘Ghost Nation,’ a series similar to ‘Ghost Hunters’ in terms of its concept.

Given all his accomplishments, the current estimated net worth of Jason Hawes in 2020 is around $3 million. His job as a TV producer and actor is his most notable source of income, and when you add that with all of his other pursuits, with just family and lifestyle being his only expenses, it is no surprise that Jason’s net worth is so high.