What is the Klept in The Peripheral, Explained 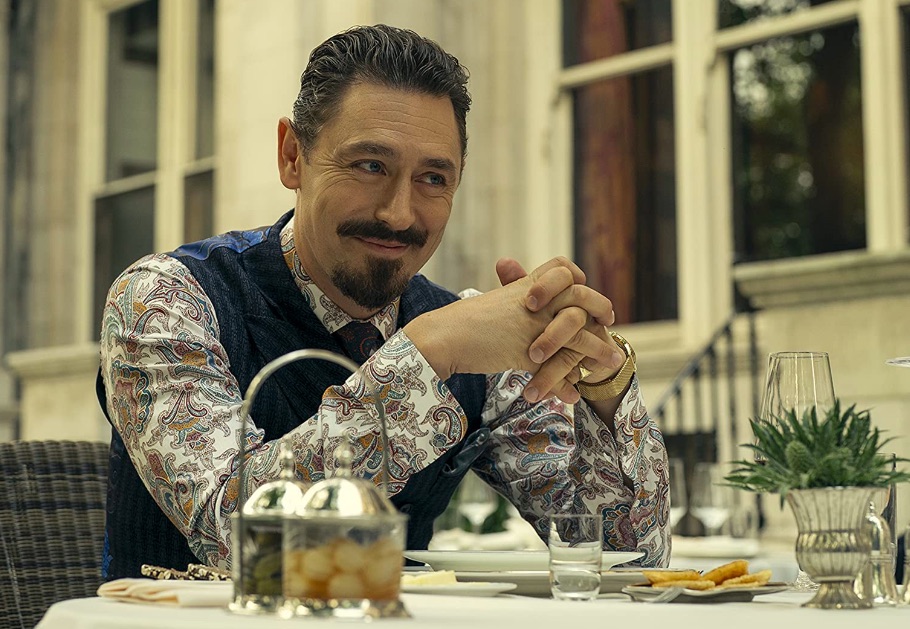 Based on the book of the same name by William Gibson, Prime Video’s ‘The Peripheral’ is a sci-fi drama that concocts an elaborate world set in two different timelines. The protagonist of the story is Flynne Fisher, who gets entangled in a complicated turn of events that take place about seventy years after her time. In the twenty-second century, she discovers that the world has changed a lot. It looks and feels very different from her time, and it also works comparatively differently. The Klepts seem to be at the top of the food chain. But who are these klepts? What does the word signify in ‘The Peripheral’? Let’s find out. SPOILERS AHEAD

In writing the futuristic story of ‘The Peripheral’, William Gibson used a lot of things from the current world and created extrapolated versions of them to make the future a hopeless place. The term “klept” happens to be one of them. It is a shortened form of the word kleptocracy, which is used to describe a system of a corrupt government that, in a simple manner of speaking, steals money from the public and uses it to strengthen its own power and standing. The word “klept” means somewhere along the lines of stealing, which brings the whole thing of kleptocracy into context.

Gibson, who has described klepts as “fundamentally postnational”, possibly based their identity in his novel on the Russian system that has often been regarded as a kleptocracy, especially under President Vladimir Putin’s rule, though the roots of this system go back to the dissolution of the Soviet Union. This explains the Russian connection of the most notable klept in the show, Lev Zubov.

It is believed that kleptocracy usually surfaces in developing nations where the rich get richer by exploiting the resources at hand, with no one to answer to. Gibson stretched this idea to a worldwide affair, where only a handful of people have the resources to survive the chain of apocalyptic events. The show acknowledges this detail in the post-credits scene of the finale. Here, Zubov meets with three men who rank much higher in the hierarchy. They are all Russians and they mention “the Putin diaspora”. This is possibly a reference to the movement of the Russian population to other countries following the 2022 invasion of Ukraine.

In this context, the klepts in ‘The Peripheral’ find their roots somewhere in our timeline. Fleeing their country under extraneous circumstances, they settled in different places, in Zubov’s case, London. Over the years, they got rich and the world was plunged into the Jackpot. This is when the real opportunity came knocking and they made full use of it. With the entire world in the grips of disease, death, and degradation, something needed to be done to bring things under control. The klepts figured that it might as well be under their control, so they resorted to all manners of immoral things, which they could easily get away with in the name of saving the world. It is also notable that during the Jackpot, the conventional form of government must have collapsed, in which case, the rich did as they wished and were probably thanked for it.

One of the unspeakable things that they, in particular the Zubov family, did was to kill people if they appeared disposable. Aelita reveals to Wilf that both of their families, along with thousands of others, were killed and buried, and the memory of the event was suppressed from their minds with the use of implants. This shows that the klepts went to unimaginable lengths to not only secure power for themselves but also found a way to mold future generations in the way they wished. If no one remembered their atrocities, no one would think about challenging their status as the saviors of the world.

Now, when the Jackpot has subsided and the klepts are rich and powerful beyond their wildest imaginations, they continue to abuse their power in different ways. They use stubs to conduct experiments and play with human lives in other timelines without anything coming back to bite them. Though there is the Met Police to keep them in check and the Research Institute to challenge their authority, the klepts have established themselves as an indispensable part of the society, a pillar that cannot be knocked down without bringing the whole roof over everybody’s head. In essence, the klepts have created a free pass for themselves to do whatever they like, however they like, and no one can do anything about it. That is until the likes of Aelita West and Flynne Fisher come along.