What Is the Meaning of DMZ Title? Is it Based on a Game or Comic Book? 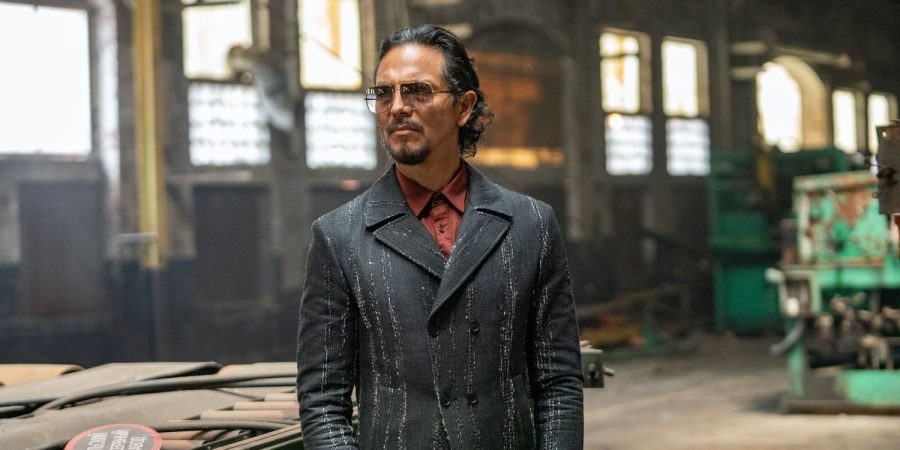 ‘DMZ’ created by Roberto Patino, follows Alma Ortega, an NYC nurse who ventures into politically unstable Manhattan island searching for her long-lost son. The dystopian drama series deals with various themes and delves deeper into the socio-cultural disparity and differences in NYC.

The series has received positive reviews from critics and features a complex narrative that blends themes of politics and family to a great effect. However, some viewers must be curious to learn about the show’s title and whether it is based on a game or comic book. For those interested folks, here’s everything we have gathered on the matter! SPOILERS AHEAD.

What Is the Meaning of DMZ Title?

‘DMZ’ takes place in an alternate future where America is experiencing its Second Civil War. Although the four-episode miniseries does not dive deep into the conflict that is plaguing New York City and America as a whole, it gives some subtle indications about the state of affairs in the country. The significance of the show’s title lies in the nature of the dystopia in which the series is set.

Is DMZ Based on a Game or Comic Book?

Since the Manhattan demilitarized zone serves as the show’s primary setting, it is understandable that the show’s makers have chosen to name the series after it. DMZ is a term that is popular among gamers. ‘DMZ: North Korea’ is a popular 3rd person shooter game that some viewers might confuse as the show’s inspiration. However, the series is actually based on the ‘DMZ’ comic book series by Brian Wood and Riccardo Burchielli. In the comic book, the US Army comes into conflict with the Free States of America, a secessionist group.

After a series of skirmishes, the armies come to a stalemate at Manhattan. Thus, the troops occupy the surrounding areas while Manhattan becomes a DMZ. Various residents of Manhattan are evacuated, but a few remain behind either by choice or by circumstances. The evacuation serves as the inciting incident of the series, thereby directly tying the show’s title to the narrative. Ultimately ‘DMZ’ refers to the show’s source material and primary setting.