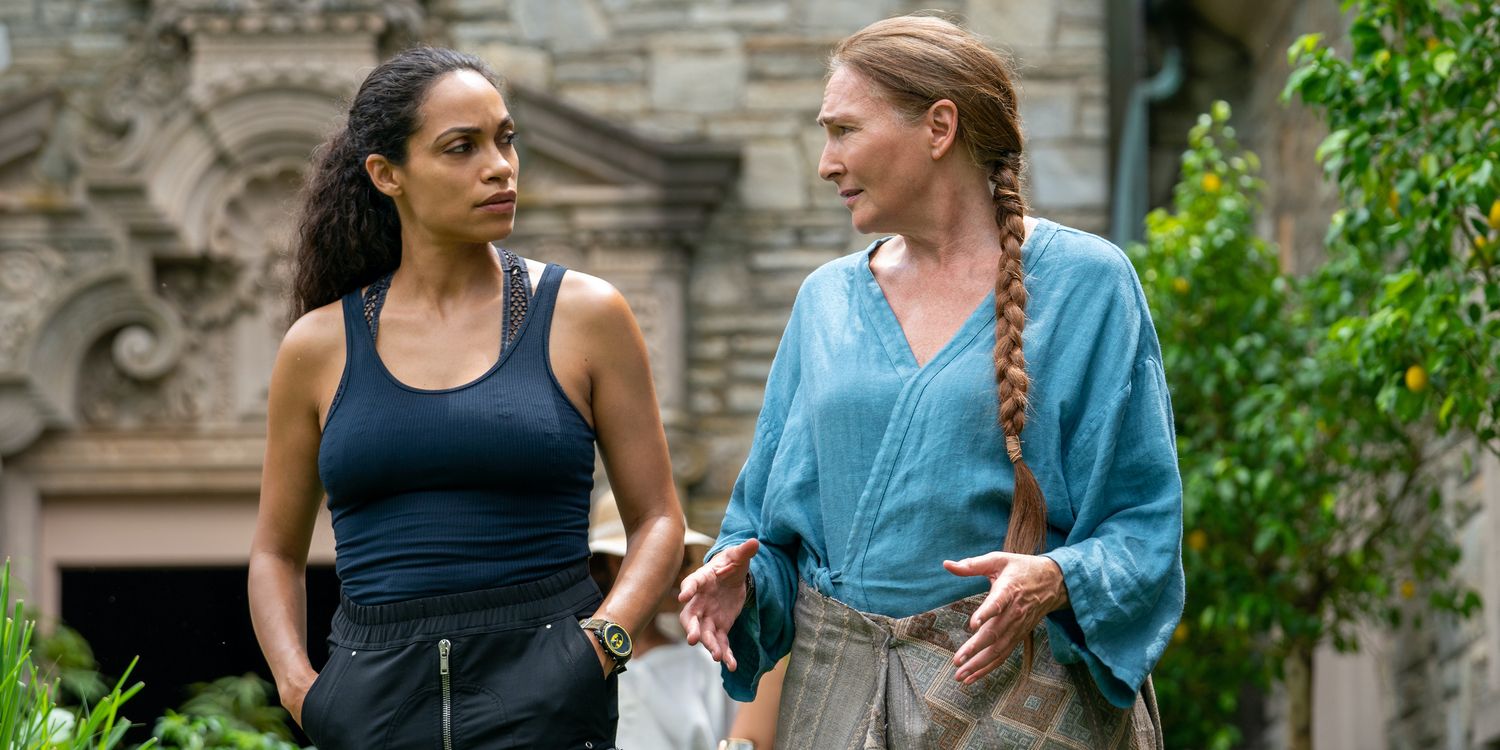 ‘DMZ’ is a dystopian drama series created by Roberto Patino. It is based on the comic book series of the same name and set in an alternate version of a demilitarized Manhattan Island. It revolves around an NYC medic Alma Ortega, who finds herself caught up in the power struggle within the DMZ while searching for her long-lost son. The gripping tale explores various complex themes such as territorial politics, family dynamics, and the nature of humanity.

As Alma’s quest of searching for her son continues, she becomes a surprising presence in the ongoing power struggle in the DMZ. By the time the miniseries reaches its conclusion, the entire political landscape of the DMZ changes drastically. Therefore, viewers must be wondering about the fate of the DMZ and whether Alma succeeds in her quest. In that case, here’s everything you need to know about the ending of ‘DMZ.’ SPOILERS AHEAD!

In ‘DMZ,’ a Second American Civil War creates a conflict between the United States Army and the Free States of America, a secessionist group. As a result, the island of Manhattan descends into a demilitarized state where the two armies decide to a ceasefire. A few citizens evacuate the island, but many remain behind and create their own civilization in Manhattan. During the evacuation, Alma Ortega, a medic, separates from her teenage son, Christian.

Roughly eight years later, the landscape in the DMZ has changed. There is territorial politics, and the landmass is heading towards its first independent election for a governor. Amidst the political uncertainty, Alma decides to venture into the DMZ to search for and reunite with her son. After entering the DMZ, Alma visits the hospital she worked at. She quickly gets caught up in the dangerous conflicts stemming from politics. She meets with her old friend, Wilson, who has become a local leader in the DMZ after discovering a stash of gold.

Wilson is running for governor against the Spanish Harlem boss, Parco Delgado. Soon, Alma realizes that Parco’s right-hand man, Skel, is her son, Christian. In fact, Parco is the boy’s father and Alma’s ex. Alma tries to reconnect with Skel, but he rebuffs her, claiming that she always held him back. Instead, Parco provides him with the freedom to become his own man.

After a heartbreaking conversation with Skel, Alma decides to take down Parco by helping Wilson win the election. However, the conflict comes to a head after Wilson sets up a trap to kill Skel for stealing his gold. Parco uses the opportunity to attack Wilson. To stop Parco and his nefarious intentions for the DMZ, Alma, under the alias of Zee, replaces Wilson as the candidate against Parco. Family bonds and loyalties are tested as the election results draw close in the finale.

DMZ Season 1 Ending: What Happens in the DMZ? Who is the New Governor?

In the finale, the election is in peril after Wilson dies. Although Parco was expected to win, Wilson did change the tide of the election towards the end. However, the election saga sees another twist after Wilson’s death as Alma/Zee decides to replace Wilson. Zee has the support of Oona, a woman who controls the city’s water supply. Moreover, she understands the perils of the DMZ citizens, making her a strong candidate.

On the other hand, Parco becomes unsure of his victory and makes a desperate play. It is revealed that Parco made a deal with the US Army to instigate the FSA. Thus, the ceasefire would end, and the US army will legally be able to invade DMZ and seize control. In turn, they will recognize Parco’s government. Alma gets wind of Parco’s plan and decides to stop him.

With help from Skel, she arrives in the nick of time to stop Odi, who Parco has convinced to detonate a bomb. After ensuring the child’s safety, Skel engages in a bloody fistfight with Parco. He defeats and apprehends Parco, thereby putting an end to his scheme. Alma and Skel reconcile after handing over Parco to the army. Alma ensures a safe passage for Skel and his girlfriend, who leave the DMZ behind searching for a new life.

In the end, Alma becomes the new governor of the DMZ and delivers a rousing speech. She resolves to abolish the crew system in the DMZ and hopes to create a harmonious society. After Alma’s speech, the US Army withdraws from the DMZ, hinting that the area is now its own free state. Thus, the responsibility now lies on Alma’s shoulders to lead the DMZ into a better tomorrow.

Why Does Skel Help Alma?

In the first episode, viewers learn that Alma had separated from her son, Christian, who grew up with his father, Parco, under the name of Skel in the DMZ. After Alma tracks down Parco, he reveals that Alma did not lose him, but he ran away of his own free will. With Parco, Skel has become a strong and confident man. However, Parco has brainwashed Skel into essentially being his henchman and doing his dirty bidding. What Skel sees as control and freedom is merely an illusion as Parco is pulling the strings in his son’s life.

However, in the finale, Skel finally comes to his senses and realizes that his father only cares about his personal agenda. Moreover, Parco is willing to do anything to achieve his goals. In the finale, Parco sets up Odi, a young boy, to help him detonate a bomb that will end the ceasefire. Skel notices the conversation between Parco and Odi. Skel sees himself in young Odi and realizes that Parco is using Odi to do his dirty bidding, just as Parco has been doing with him.

Thus, Skel realizes that his mother was telling the truth and decides to help her. After helping Alma, Skel chooses to move away from the DMZ. Alma realizes that neither she nor Parco could give the freedom that their son needs. Thus, Alma encourages Skel to move on and seek his true self outside the DMZ.