Where is DMZ Filmed? 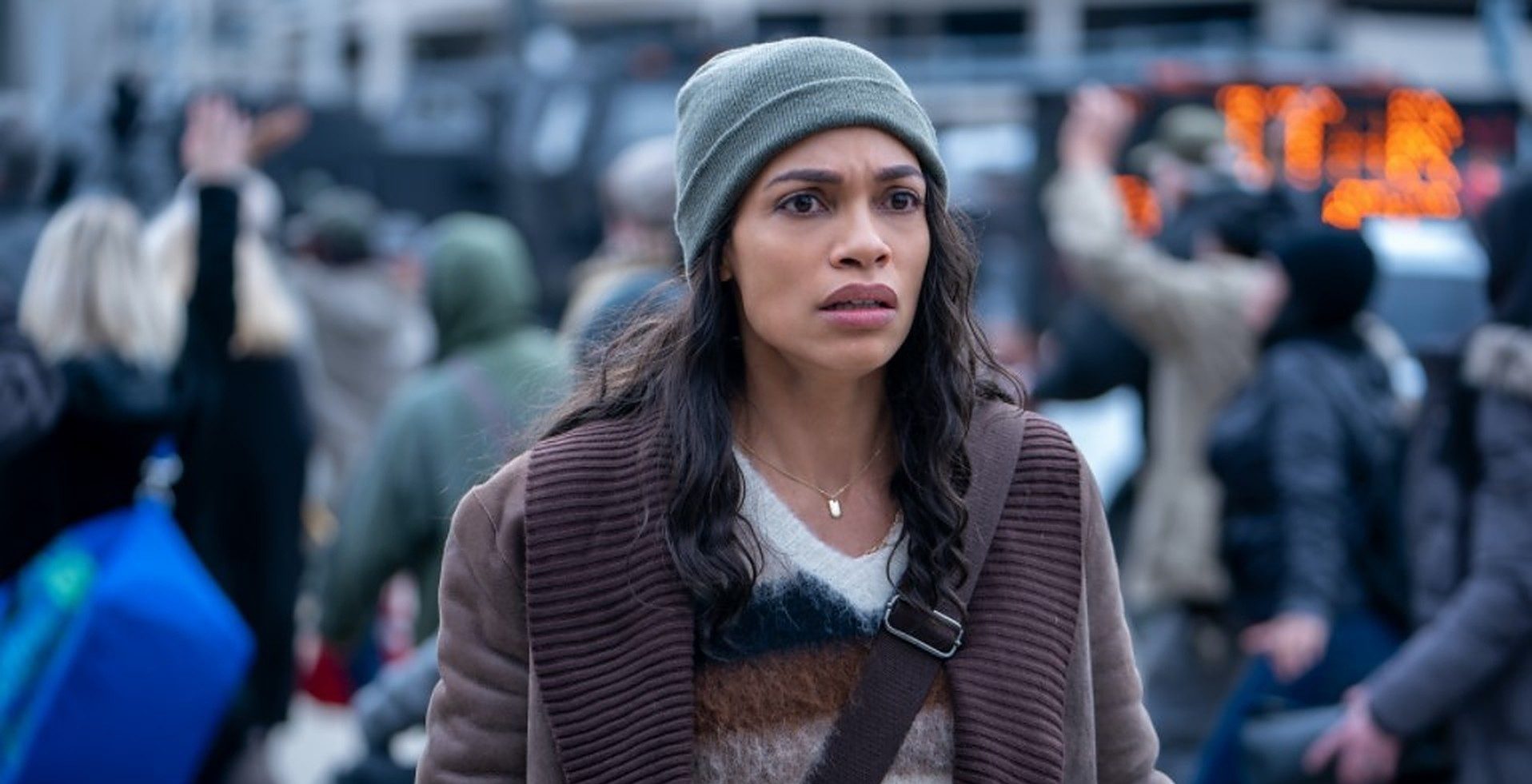 Created by Roberto Patino, ‘DMZ’ is a dystopian TV show based on the eponymous comic book series by Brian Wood and Riccardo Burchielli. It follows medic Alma Ortega as she searches for her lost son amid the Second Civil War. On her quest, she reaches a wrecked island in Manhattan, which is a demilitarized zone (DMZ). The residents of the DMZ are trapped inside, and Alma’s arrival soon becomes their beacon of hope to fight militia and warlords to plan an escape.

Set against the backdrop of a futuristic New York plagued by war, the visual landscape of the adventure drama show sets the perfect premise for the narrative to unfurl. Curious to know where this enthralling show is filmed? Let’s find out together!

‘DMZ’ is filmed in different parts of Georgia, New York, and California, particularly in Atlanta, New York City, and Los Angeles. Principal photography for the pilot episode took place in February and March 2020, and the rest of the season most likely resumed filming after a break in June 2021. Production for the debut season seemingly wrapped up in the last week of July 2021. Now, here is a closer look at the filming sites.

‘DMZ’ is primarily filmed in Atlanta, the capital city of Georgia. The cast and crew shot major street scenes from season 1 on Decatur Street, Broad Street, and Peachtree Street, as well as in the area leading up to Underground Atlanta, a prominent shopping and entertainment district. The pilot episode was also lensed around Georgia State University’s downtown campus.

Moreover, many local actors were hired as extras in the first season. Situated in the foothills of the Appalachian Mountains, Atlanta has a gorgeous skyline dotted with gigantic skyscrapers. It is a major hub of transportation and was a key political center during the American Civil War and the civil rights movement. The pleasant weather conditions, hi-tech filming studios, and generous tax concessions on film and TV production make Atlanta a highly popular filming location. Movies like ‘Spider-Man: No Way Home,’ ‘The Suicide Squad,’ ‘Red Notice‘ and ‘I Want You Back‘ were also filmed in the city.

Despite being set in New York, ‘DMZ’ is extensively filmed in the Hollywood of the South. However, it is believed that a minor portion of the debut season of the show — most likely the establishing shots — was lensed in New York City. The bustling metropolis is situated at the meeting point of the Hudson River and the Atlantic Ocean. A few portions of season 1 were lensed in Manhattan, the core of the city.

New York City comprises the five boroughs of Manhattan, Brooklyn, Queens, the Bronx, and Staten Island. Nestled on one of the largest natural harbors in the world, the city is an international hub of politics, education, finance, art, tourism, and entertainment. Some of its famous tourist spots include The Statue of Liberty, Times Square, Metropolitan Museum of Art, and Central Park. The TV series ‘Inventing Anna,’ ‘Severance,’ and ‘The Marvelous Mrs. Maisel,’ and the movies ‘West Side Story‘ and ‘Joker‘ were filmed in New York City too.

Yet another filming site for ‘DMZ’ is Los Angeles AKA the City of Angels. The studio sequences from season 1 were filmed in the sprawling South Californian city, which is popularly known as the heart of the nation’s film and TV industry. Los Angeles houses numerous iconic landmarks like the TCL Chinese Theater, the Getty, Griffith Observatory, and Disneyland Park.

In addition, some of the biggest international film studios are located in the city, along with a vast network of trained actors and crew. Some of the productions that were filmed in Los Angeles are ‘Pam and Tommy,’ ‘The Office,’ ‘Licorice Pizza‘ and ‘Dog.’