‘The Suicide Squad’ is a superhero drama film written and directed by James Gunn, which tells the story of Task Force X, a team comprising supervillains and anti-heroes who are given a near-impossible mission of destroying a laboratory on a remote island. The film is based on the fictional DC Comics team of the same name and is the tenth entry in the DCEU media franchise. It is a standalone sequel to the 2016 film ‘Suicide Squad,’ written and directed by David Ayer.

The visually distinct film has an eye-pleasing color palette that enhances the appeal of its brutal and violent action sequences. Most of the film takes place on an island named Corto Maltese, where sheer madness and utter chaos ensues thanks to the unhinged actions of Task Force X. If you are curious to find out more about Corto Maltese and other scenic landscapes seen in the movie, we’ve got you covered. Here’s everything you need to know about the filming locations of ‘The Suicide Squad.’

Principal photography on ‘The Suicide Squad’ commenced on September 20, 2019, and continued until February 28, 2020. The movie was shot extensively in Georgia and Panama. Gunn preferred the use of practical effects over CGI; therefore, the production team led by Production Designer Beth Mickle built various elaborate sets for filming the movie. The island of Corto Maltese is a fictional one from the pages of DC Comics. Gunn took inspiration from Havana, Cuba, and Colon, Panama to create the island’s colorful look and war-infested feel. Let’s have a look at the specific filming details!

A major portion of the filming of ‘The Suicide Squad’ took place in Atlanta, mainly on the soundstages of Pinewood Atlanta Studios (now known as Trilith Studios) located at 461 Sandy Creek Road, Fayetteville, in Fayette County. A majority of the film’s events take place on a beach. After much contemplation, Gunn chose to film the scenes at the studio property. It took 17 weeks of hard work from the art department to build a giant 250 feet by 250 feet beach set used for filming several scenes.

A similar amount of time and effort was spent on building an authentic-looking jungle set. Real trees were placed on a 40,000 feet soundstage to complete the exotic jungle feel of the set. The production crew also built an artificial ocean of 60 feet by 125 feet dimensions with a depth of nearly six feet. To make it even more convincing, the team also painted the bottom of the artificial ocean. 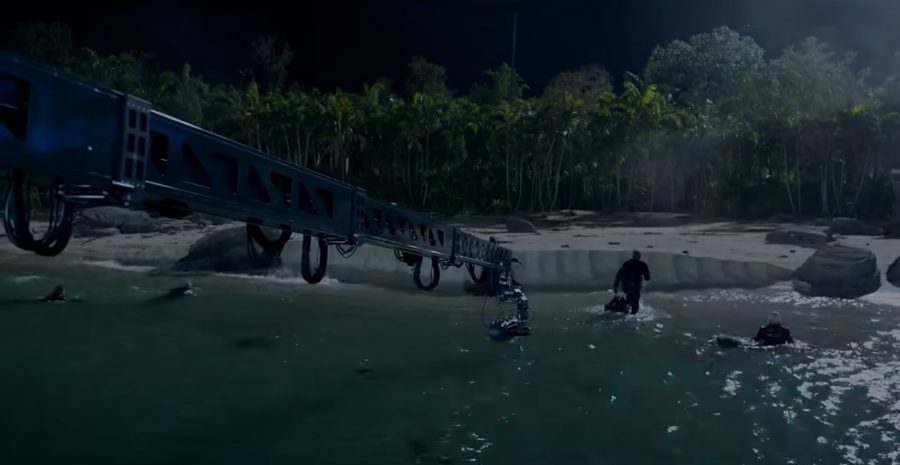 Jotunheim, a Nazi-era prison laboratory, and the Belle Reve Prison in the movie are also sets constructed at the studio complex. The nightclub scenes were shot at Clermont Lounge, a strip club located at 789 Ponce De Leon Avenue in Atlanta. The location was chosen because its layout and texture matched the location Gunn described in his script.

In an interview with Collider, production designer Beth Mickle spoke about the practical nature and grand scope of the movie’s sets. “We built literally three football fields of a set, and that’s so unusual in this day and age. You just never do that. And it was because we wanted to have real rubble behind them in the battle sequences, and we wanted to see the building that they’re attacking. So for that scene to be existing in a film today is just highly unusual. And we’ve done that set and then a dozen others of that scale, so it’s incredible,” she said.

Aside from serving as visual inspiration for Corto Maltese, Colon is one of the destinations the cast and crew visited for filming scenes on location. The city is located in Panama’s Colon Province and is a well-known seaport. Some scenes were also filmed in Panama City, the capital of Panama. A sequence was also shot in the vicinity of the Municipal Palace of Panama City. Popular films such as ‘Fast & Furious’ and ‘Quantum of Solace‘ were also filmed in the country.