What is the Meaning of The Book of Eli Title?

‘The Book of Eli’ is a neo-western action movie set in a post-apocalyptic world. Directed by the Hughes Brothers, it revolves around Eli, a traveling nomad who possesses a mysterious book. Eli has exemplary survival and combat skills and can fend off every attack and peril. Carnegie, a warlord, realizes that Eli has the book which he has been long searching for and asks him to hand it over. When Eli refuses, Carnegie goes to extreme lengths to obtain the book and kill him.

Thus, Eli must race against time to save himself and the book from the tyrant warlord and successfully deliver the book to where it belongs. Along the way, Eli is helped by Solara, who is the daughter of Carnegie’s mistress Claudia. A gripping tale of faith and conviction set in the dystopian future, ‘The Book of Eli’ beautifully portrays the importance of hope for humanity. Moreover, the title aptly sums up the entire essence and themes of the movie. If you are curious to know what it exactly means, we’ve got you covered. Let’s dive in! SPOILERS AHEAD.

What is the Meaning of The Book of Eli Title?

The movie’s title ‘The Book of Eli’ bases the purpose of the titular character’s life around the book he carries. The book, which is revealed to be the Bible, commands Eli’s principles in life and drives him in his mission. Furthermore, his faith in the book’s power serves as his guiding light despite his loss of vision. Eli explains to Solara that after the war that preceded the apocalypse, he heard a voice in his head that directed him to find the last remaining copy of the Bible and travel with it to the West to deposit it in safe hands. That voice is most likely the Divine power that further protects him on his journey and gives meaning to his life. 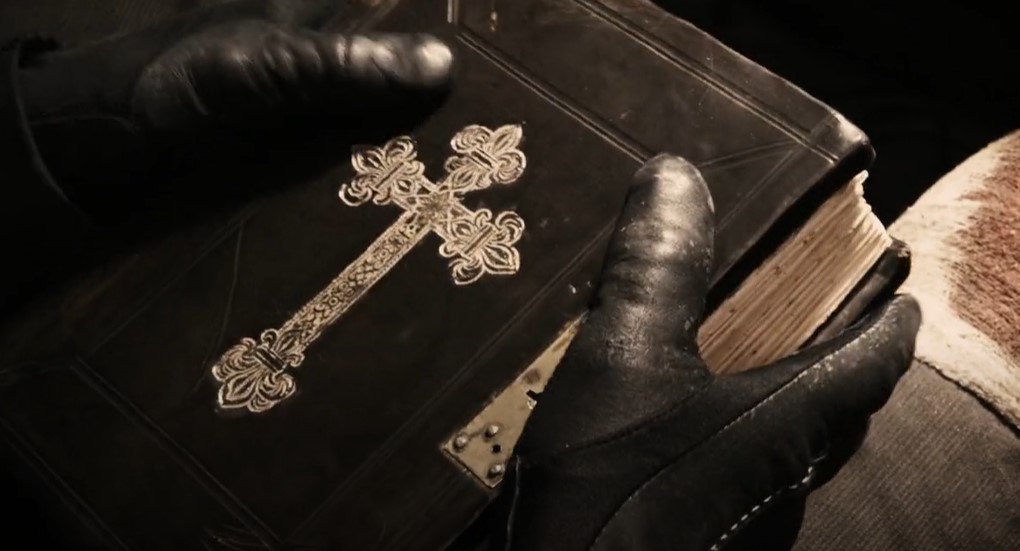 The book also holds importance for Carnegie, whose sole purpose in life is to seek the book Eli has and use it to expand his control. When he confronts Eli, he states the significance of the book in guiding humanity and wishes to refer to the words written in it to instill faith in people. However, Eli finds his intentions to be sinister and refuses to give the book. Later, when Carnegie somehow obtains it, he is still unable to access its contents since it is written in Braille.

Hence, the book also acts as a symbol of the battle between right and wrong, as Carnegie gets defeated in his cause due to his misdeeds, despite having found the book. On the other hand, despite having lost it to Carnegie, Eli is able to recite it word by word from his memory. The message of the book is proven to be more important than the book itself, and Eli gets redemption from his sins once he passes it ahead.

Having fulfilled his purpose, he dies peacefully as the book continues to live on in the form of the new printed Bibles as well as Solara, who embarks on a journey to protect her people. To this effect, one could also say that Eli’s spirituality holds more significance than anticipated; after all the title is quite reminiscent of the gospels present in the Bible already. So, ‘The Book of Eli’ is in line with the four canonical gospels — the Gospel of Matthew, Gospel of Mark, Gospel of Luke, and Gospel of John — and seems to portray Eli as an apostle in his own right, with his mission being to deliver the Bible.

Thus, the title ‘The Book of Eli’ is most likely a metaphor for life, where the book represents faith in the Divine, and Eli represents humanity. According to the Bible, the chief purpose of humans in life is to follow the divine power and let it guide them in their journey. Once their purpose is served, their good or bad deeds determine their end. The movie provides a thought-invoking insight into this perspective, and thus the title suits it well.

Read More: Will There be a The Book of Eli Sequel?