Where Was The Book of Eli Filmed? 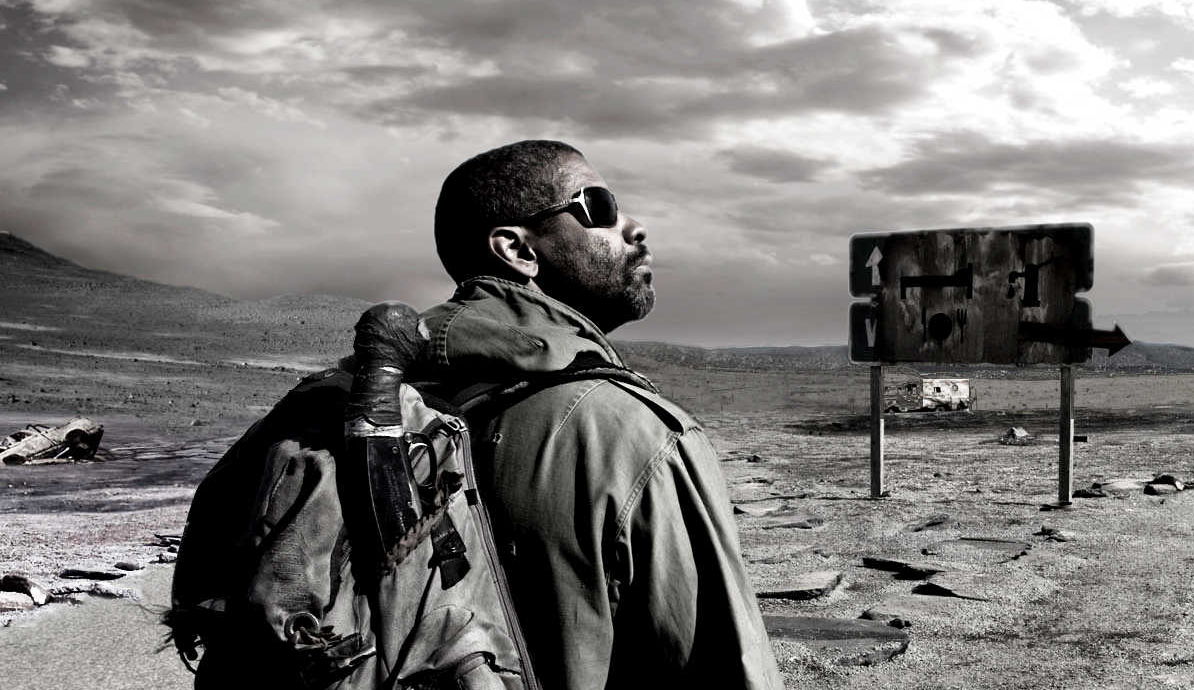 Directed by Albert and Allen Hughes, ‘The Book of Eli’ is a post-apocalyptic action movie that tells the story of a lone survivor named Eli who traverses across the remnants of a post-war world, hoping to upend humanity’s suffering. It takes place 30 years after the disaster, and the man is on a mission to preserve a book that carries the secrets to Earth’s recovery.

Besides featuring intense performances by the lead actors, Denzel Washington and Gary Oldman, ‘The Book of Eli’ does an excellent job conveying the story through its visual aesthetics. The expansive landscape that has no hint of the mechanic buzz of city life makes us wonder where this movie was shot. In case you’re curious about the same, we’d like to disclose everything we know about the filming sites!

The Book of Eli Filming Locations

‘The Book of Eli’ was filmed in the southwestern-western parts of the country, particularly in New Mexico. The principal photography commenced on January 26, 2009, and concluded on May 1, 2009. Through its compelling locations, the story talks about war and post-war in an interesting manner! If you’re curious to know more about the filming locations, you can dive into the specifics!

‘The Book of Eli’ was shot in New Mexico, known for its expansive and diverse landscape. The production team set up one of its bases at a short distance from the Albuquerque airport, where civilization does not exist. It was observed to be a razed landfill with traces of tumbleweed and a limitless sheet of dusty plain settled in every direction. The main set was established at the Albuquerque Studios, located at the Mesa del Sol development of Albuquerque. The compound houses eight sound stages, production offices, and a backlot.

For the filming of ‘The Book of Eli,’ high definition devices were used to actualize the brilliance that the movie is made of. The Hughes brothers (directors) enthusiastically revealed the process behind a climactic shot involving Gary Oldman, where various camera setups were used to produce one excellent showdown. The lunch tent was set up outside despite the studio being indoors, exposing the cast and crew members to insufferable wind and discomfort.

The film was also generously filmed in Carrizozo, which is a town in Lincoln County. It is reputed for having picturesque views characterized by high deserts and its world-famous cherry cider. You wouldn’t find the place to be crowded because it accommodates roughly 1,000 residents. Dirk Norris, who represented Carrizozo with regard to the State Film Office, stated that they let the production team run the shoot free of cost. Mr. Norris additionally raved about the versatility of the town. According to him, Carrizozo can be made to look like anything! 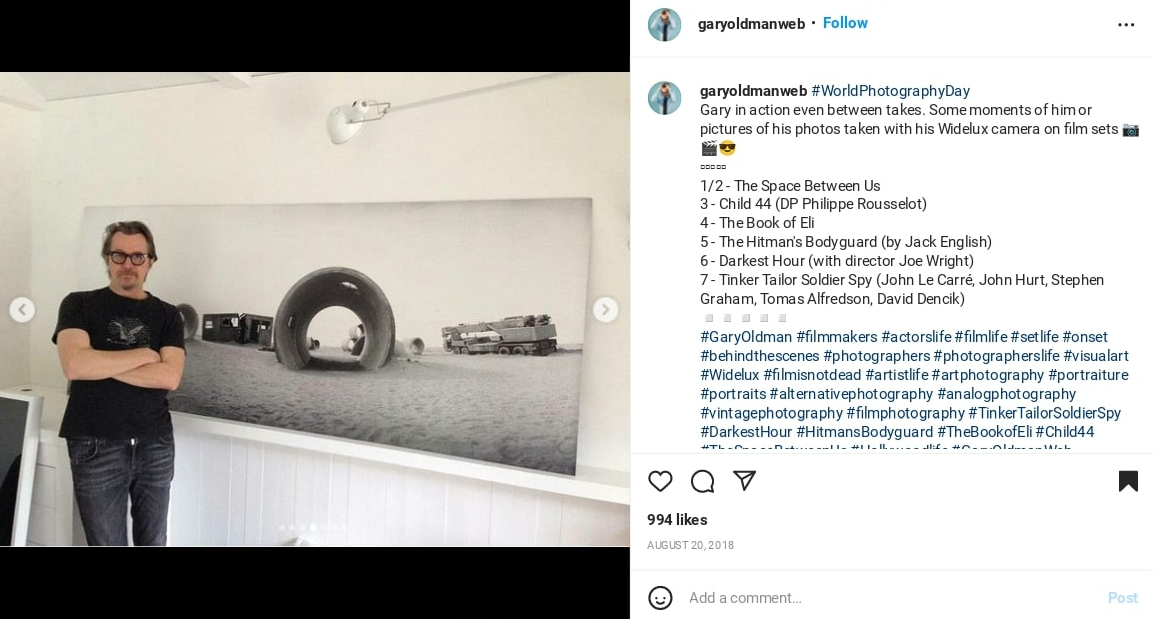 Michael Dellheim, the location manager, talked about a block in the town that had to be widely refurbishment for the sake of the movie. The town looked worn out, so the team closed the main street for around two months, allowing them to reconstruct and restore the place. Reports suggest that the locals will never forget the hum of the filming activities that happened at 12th Street.

The production team apparently used Styrofoam over several blocks to create the illusion of a bombed-out world. To an extent, the town was hospitable to the cast and crew that were treated to pot-lucks by the locals. Many crew members were obligated to stay in Alamogordo and commute back and forth to the set.

Other Locations in New Mexico 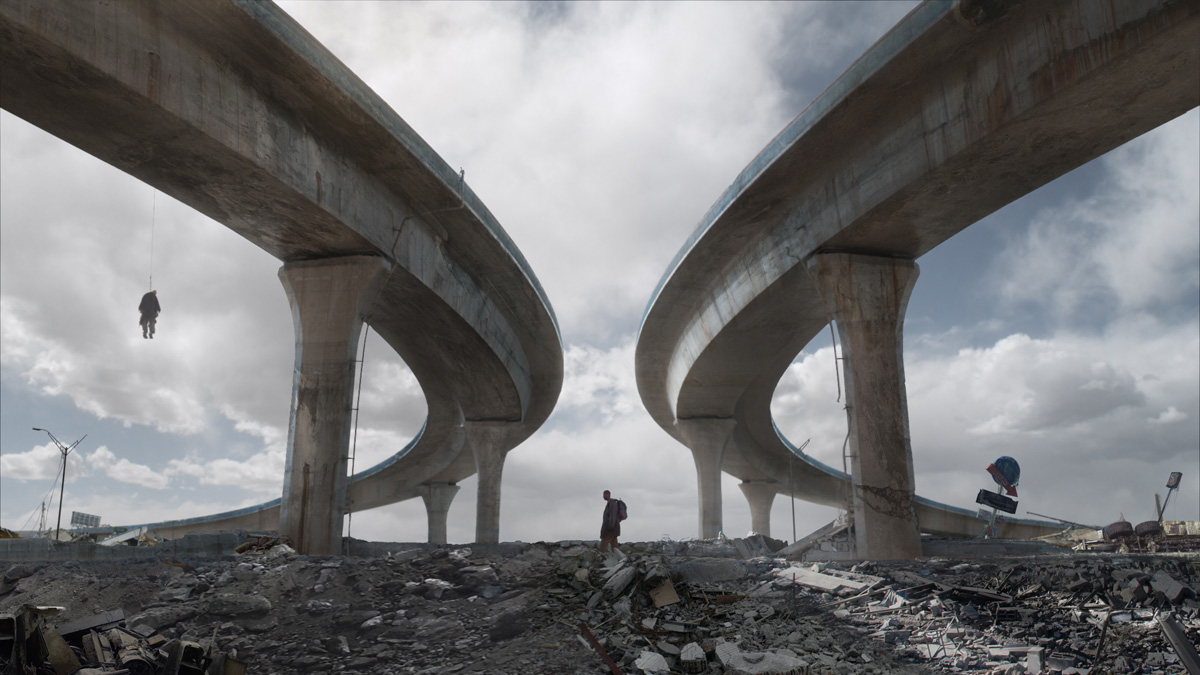 Other locations in the state that served as filming locations include Cochiti Pueblo and Alamogordo. The latter is a city in the Chihuahuan Desert which is bordered by the Sacramento Mountains and Holloman Air Force Base. The creators chose to extensively film in New Mexico because it houses distinctive desert landscapes seen in other hit productions like ‘No Country for Old Men,’ ‘Terminator: Salvation,’ and ‘Transformers: Revenge of the Fallen.’ Besides a beautiful terrain, a lucrative tax rebate enabled the filmmakers to shoot at the aforementioned locations.

The film further widened its base to New Mexico’s capital, Santa Fe. It is most popularly known for its Pueblo-style architecture and hub of creative arts. Filming for ‘The Book of Eli’ took place in the Penitentiary of New Mexico, a maximum-security prison for men, located in Santa Fe County on New Mexico State Road 14.